Catch your breath: Which is a better occupancy detector – mmWave or PIR?

Let’s start with what might be an all-too-familiar scenario. You find yourself working late and alone; maybe you’re typing out some last emails for the evening or crunching some numbers for an upcoming deadline. Suddenly, the lights in your “smart office” turn off, and you find yourself standing up and waving your arms so that the motion sensor will trigger the lights back on.

Has this ever happened to you? Today’s motion sensors are notoriously bad at detecting when indoor spaces are occupied and are often useless when a person is relatively still – such as working quietly in an office chair. The technologies in today’s passive infrared (PIR) or ultrasonic motion sensors do not have the fidelity to detect finer motion, such as when someone is sitting still at their desk, typing, breathing or talking on the phone.

Figure 1: Today’s motion-sensing technologies such as PIR or ultrasonic can fail to detect occupancy

Millimeter-wave (mmWave) radar is an excellent technology for occupancy sensing, as it has the ability to detect the kinds of very fine motion that might escape other sensing technologies. To prove this capability, the mmWave team ran an experiment in a conference room that contained a PIR motion sensor. We also set up an mmWave evaluation module (EVM) on a tripod pointing into a conference room such that the EVM’s 120-degree field of view could see the entire room. Using the out-of-box demo, we configured the mmWave sensor for an indoor, low-motion scene by maximizing velocity resolution, ignoring static clutter and not grouping detected objects. As you can see from Figure 2, the conference room was about 6m in length and had a fair amount of static clutter in the scene, including a large table and several chairs.

We tested three different categories of motion with the mmWave EVM and PIR motion sensor:

Figure 3 shows reflection points that represent motion detected by the mmWave sensor. This motion can even be detected in challenging environments, such as rooms filled with smoke as seen in Figure 4.

* Only deep breathing detected
Table 1: It is clear from the table that mmWave can detect a wide range of motions, while PIR was only able to detect major motion such as walking

Figure 3: Motion from mmWave appears as points in the scatter plot and Doppler-range plot. Only motion is displayed in these plots when static clutter is removed. 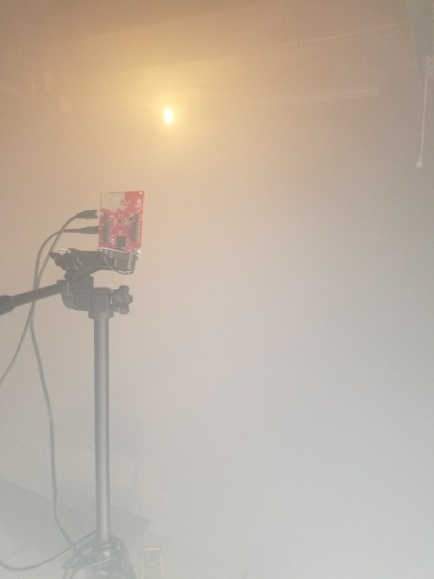 Figure 4: mmWave fine motion detection can function even in challenging environments, such as rooms that are filled with smoke and sources of heat.
TI’s mmWave technology is not only good at detecting motion as shown above, but can also provide range and angle information. The ability to detect and locate where motion is coming from is an important capability that can help further reduce false detection in a variety of applications. Imagine a security camera that only turns on and records when a person – rather than an animal – approaches a specific area like a door; a smoke detector that can inform first responders whether a smoke-filled room is occupied, even if the occupants are unconscious; or a factory robot that shuts down when a moving object comes into its range of motion. You can use TI mmWave’s ability to detect range, angle and velocity with a high degree of fidelity to build these kinds of capabilities into sensors in a wide variety of applications. We demonstrate this more advanced capability to track, locate and count multiple people in our people counting TI Design (TIDEP-01000). We challenge you to grab an IWR1642EVM and see how this example can enable your next advanced occupancy sensing application!

In this video, we put mmWave into action to illustrate a few people counting applications that can make buildings smarter.