A common definition of quiescent current (IQ) is the current drawn by an integrated circuit (IC) in a no-load and nonswitching but enabled condition. A broader and more useful way to think about it is that quiescent current is the input current consumed by an IC in any number of its ultra-low-power states.

For battery-powered applications, this input current comes from the battery, so it determines how long the battery operates before it either needs recharging (for rechargeable batteries, such as lithium-ion (Li-Ion) or nickel metal hydride (Ni-MH)) or replacing (for primary batteries, such as alkaline or lithium manganese dioxide (Li-MnO2)). For battery-powered applications that spend a large amount of their time in standby or sleep mode, IQ can impact the battery’s run time by years. For example, using an ultra-low-IQ buck converter like the 60-nA TPS62840 to power an always-on application, such as the smart meters shown in figure 1, enables 10 years of battery run time. 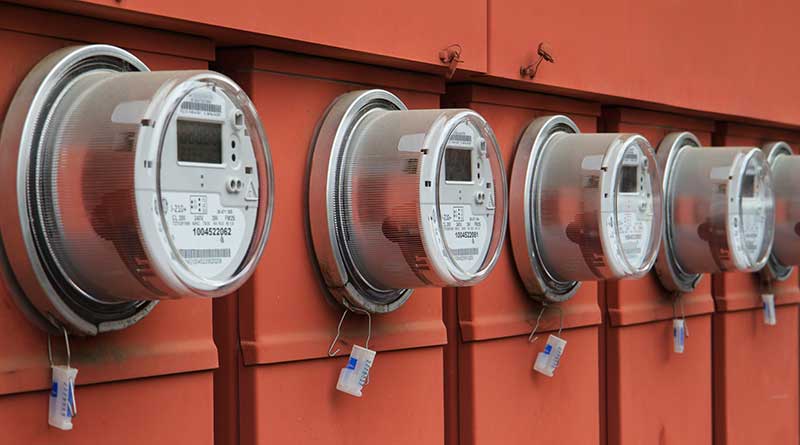 IQ also impacts the battery run time of applications that we interact with on a daily basis. Perhaps you’ve purchased a smart watch, only to find that it needed to be charged for an hour before you could use it. Or maybe you always carry a physical key for your house in case the battery in your smart lock, like the one shown in Figure 2, dies. Both of these scenarios also relate to IQ.

Shutdown current is measured when the IC is turned off or disabled. Given this, you might think nonswitching IQ should always be zero. In reality, some ICs exhibit leakage currents in this state, while others actually have internal circuitry that consumes a small amount of current to maintain housekeeping functions even while the IC is disabled.

Think about consumer electronics sitting on a store shelf. The reason why your smart watch might not work out of the box has to do with each of its IC’s shutdown current specifications, like those shown in Figure 3. When an end product is sitting on a store shelf or on a higher shelf in a warehouse (where the temperature is likely elevated, leading to a faster battery drain), most DC/DC converters, for example, are in a shutdown state. So, even though the DC/DC converters are disabled, the battery is slowly discharging. 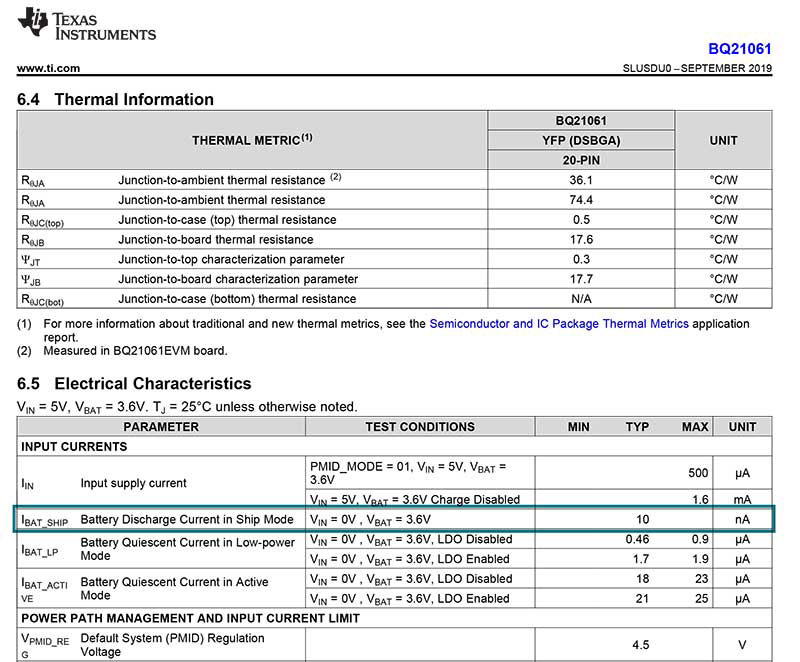 Figure 3: Battery discharge current in ship mode for the BQ21061

Some ICs have multiple shutdown states, such as the 2-nA ship mode of TI’s BQ25120A battery charger or the 4-nA bypass mode of the TPS61094 boost converter. In these advanced shutdown states, usually a very limited subset of the device’s functionality remains active in order to draw the minimum amount of IQ. Compared to the 700-nA IQ in the BQ25120A’s high-impedance (shutdown) mode and the 200-nA IQ in the TPS61094’s shutdown mode, ship mode and bypass mode extend the battery's shelf life or run time by 350 and 50 times, respectively.

Nonswitching IQ is when the IC is enabled, in between switching pulses, and without a load. This parameter is found in most switching DC/DC converter data sheets because it can be easily tested on production automated test equipment.

While non-switching IQ provides an apples-to-apples comparison between different ICs, two shortcomings prevent it from being the best estimate for battery run time: the non-switching IQ is not the same as the battery current drawn, and many ICs draw their IQ from both the input voltage and the output voltage. However, since the output voltage and its IQ ultimately come from the battery at the input, additional conversions or measurements are necessary in order to get an equivalent IQ from the input source – you can’t just add the two IQ currents to get the total battery current drawn. For example, the TPS61099 boost converter consumes a 400-nA IQ from VIN and a 600-nA IQ from VOUT, but the no-load input current consumption is about 1.3 µA and not 1 µA.

Switching IQ, which goes by many different names: operating IQ, standby current, sleep-mode current, no-load input current, ground current for low dropout linear regulators (LDOs) and so forth, is the real, measured input current that occurs when the IC is operating without delivering any load current. Since it is measured under real-life conditions and not on the production line, the IC occasionally switches to overcome losses and replenish leakage at the output.

It is the best estimate of the battery current drawn under no load and appears in many data sheets, such as the 60-nA switching IQ of the TPS62840, as shown in Figure 4.

This article provided a brief look into how IQ is commonly specified in data sheets and how it impacts  battery run time. For more detailed technical information about IQ, see the white paper, “Overcoming Low-IQ Challenges in Low-Power Applications” read my Analog Design Journal article, “IQ: What it is, what it isn’t, and how to use it,” or take an even deeper dive into the topic by watching our low-IQ training series.