35 years later, APEC continues to set the tone for innovation in power management

From exploding demo boards to the first-ever session on gate drivers, APEC has evolved over the last 35 years from a small conference for power design enthusiasts to the world’s largest gathering of leading power experts and power design innovators. Read the memories of our APEC veterans to get a glimpse of what APEC was like 35 years ago, and how the show, TI and the power industry have evolved ever since. 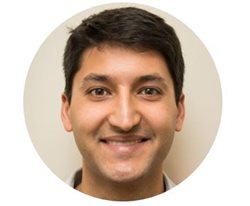 My first few years attending APEC felt a little bit like visiting a new country. I don’t think I understood half of what was going on. The applications were so diverse (from low-power solar photovoltaic energy harvesting to high-power motor drives) and the technical depth was a bit overwhelming. Digital control was a hot topic, while wide bandgap semiconductors like gallium nitride were just starting to emerge in switching power converters. Electric vehicles were still in their infancy.

Today, APEC is an exciting gathering of power electronic professionals from across the globe. I get to hear former colleagues like Robert Pilawa from the University of California, Berkeley, talk about hybrid switched-capacitor converters. Industry sessions touch on interesting topics, such as vehicle electrification and electromagnetic interference challenges. It is fantastic to see how APEC has grown over the last several decades. 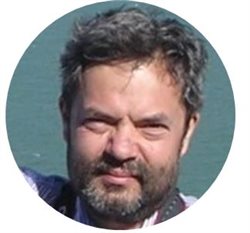 The year was 1992. I was living in Switzerland, and APEC that year was in Boston, a ‘short’ flight away. So off I went to my first-ever APEC. What I couldn’t know at that time was that the conference would become such an important part of my professional career. As a young engineer in the 1990s, I had a chance to see Lloyd Dixon, Rudy Severns, Nathan Sokal, Dr. Thomas G. Wilson, Bruce Carsten, Bob Mammano, Milan Jovanovic, Richard Redl, Robert White, Dr. Ray Ridley and many more of the greatest practicing engineers in this field lay the foundation for modern switch-mode power conversion.

Later that same decade, I was a regular APEC author writing about power factor correction, soft-switching converters and high-frequency power converter designs. Preparing for the 1999 show, I had a crazy idea for a topic: I had signed up to give a professional educational seminar lasting three-and-a-half hours – only about gate drives! My investment paid off, and the session was a great success. In the following years, the Unitrode/Texas Instruments Power Supply Design Seminar published my material, which was soon regarded as the “gate drive bible.”

Twenty-eight years and 26 APECs later, I am equally excited to learn about new technologies, discover emerging industry trends, and to some extent pay forward the knowledge and experiences I gained in the early years. While looking back at the first 35 years of APEC history, I am also looking forward to solving the new challenges of our time, such as miniaturizing power converters, integrating renewable energy sources, cutting the cords and electrifying our transportation systems.

While I had read APEC papers, I only attended my first APEC conference in 2011. The congeniality everyone showed me left a deep impression, especially considering that they all seemed to have known each other for at least a decade. Listening to discussions on how the technology had changed over the previous decades and examining the new technology on display in the exhibit hall demonstrated the vitality of the power electronics industry. The entire conference seemed so vast that consuming it all was impossible.

Comparing the program from 2011 and this year’s program shows how the strong march of technology continues. In 2011, neither a single paper nor session used the words “wide bandgap”; the introduction to the program used the words “compound semiconductor” instead. One session had silicon carbide in the title and another had gallium nitride, but neither session was dedicated to them. In 2020, based on titles alone, 170 of the papers are related to wide-bandgap technology and topics – that’s over 20% of all APEC presentations and posters!

Despite the rapid advancement of power electronics, APEC continues to bring together established and new technologies and power experts. 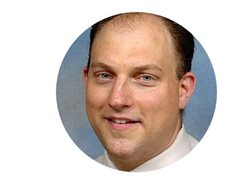 My first APEC experience was 20 years ago in 2000. I was new to power management at that time, and also new to TI. I finally had the opportunity to meet and learn from power industry experts I heard so much about. It was great to meet Laszlo Balogh, Aung Tu and Bill Andreycak.

TI introduced the UCC3895 bipolar metal-oxide semiconductor advanced full-bridge phase-shift controller that year. Thankfully, demo setup was on Sunday, because something went wrong when connecting the probes and the board blew up – the flame was about a foot high!

In 2000, our team worked on a 6-V, 6-A synchronous buck converter with integrated metal-oxide semiconductor field-effect transistors in a 28-pin thin-shrink small-outline package, which is 4.4 mm by 9.7 mm without leads, and the smallest and highest output current of its kind back then. Twenty years later, we will showcase a 40-A synchronous buck converter in a 5-mm-by-7-mm quad flat no-lead package, among other demos - check out our APEC hub to see them.