A simple and efficient LED driver for video surveillance cameras 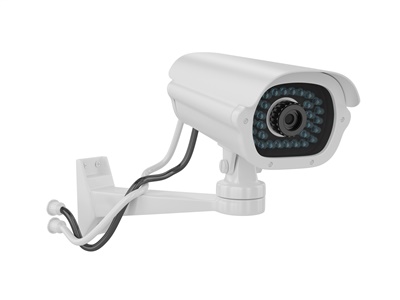 Video surveillance security monitoring is in demand, and the technology has also become more affordable for both personal and commercial use. Compelled by the need for better security, millions of security cameras have been installed worldwide.

Because many security cameras are on all the time, it is no surprise that surveillance camera manufacturers have moved to energy-saving light-emitting diode (LED) lighting. Compared to previous incandescent/fluorescent lamps, LEDs provide 80-90% more efficiency, with lower heat dissipation. LEDs also have a longer life span and require less space when implemented in video surveillance cameras.

With volumes ramping up, camera makers have clamored for LED driver board designs to be more simple, more compact and cost less. But at the same time, they need the LED drivers to have high efficiency for lower power consumption, and higher accuracy for better image resolution. Given these challenges, hardware engineers need an LED driver solution that checks off all of these requirements.

Figure 1 shows a simplified schematic of the TPS54200 driving a series of white LEDs with the absolute lowest amount of external components. It would be a great solution for video surveillance cameras or other general-purpose LED lighting for commercial/industrial use.

Figure 1: Simplified schematic of the TPS54200

The TPS54200 has low RDS(on) for high efficiency when driving LEDs in strings. Flip-chip-on-lead (FCOL) technology minimizes inductance and resistance between the die and the package leads. With its low on-resistance, the device is able to operate with high efficiency (97% peak efficiency) and keep surveillance camera power consumption as low as possible. See Figure 2.

TI designed the analog dimming function of the TPS54200 to have very good accuracy, which enables the current running through the LED to be proportional to the pulse-width modulation (PWM) duty ratio with excellent linearity. Pls. refer to Figure 3 Thus, you can make the microcontroller unit (MCU) generate PWM pulses with higher accuracy than typical dimming through a DC voltage.

With the TPS54200, it’s possible to drive a series of LEDs at an exceptionally high brightness accuracy through the PWM input – even at a 5% PWM duty ratio. This is a huge benefit for end-equipment designers who would like to ensure accurate brightness control, even when using untrimmed LEDs for a lower-cost implementation. See Figure 4.

In keeping with the current global trend of moving to LED lighting for better power consumption, the TPS54200 can drive a series of white LEDs in a simple, easy-to-use and cost-effective design with high brightness control capability. Video surveillance camera makers and other end-equipment manufacturers that need a simple LED driver for series LED lighting would appreciate such a solution.  Get more information on designing video surveillance cameras.