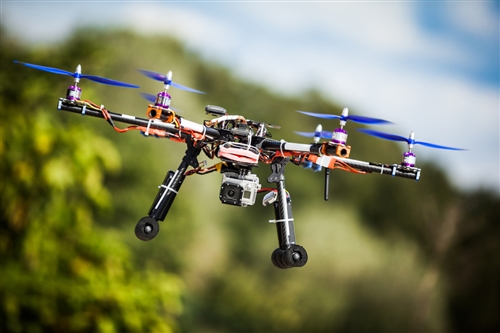 With the introduction of new wide-bandgap materials such as gallium nitride (GaN) in transistor fabrication, significant figure-of-merit improvements translate into potential improvements in power supplies.

In this two-part series, I’ll discuss how these new wide-bandgap materials can benefit new designs.

Using newer materials that exhibit a higher bandgap than silicon-based semiconductors enables a reduction in die size while maintaining the same blocking voltage.

A smaller die results in lower parasitic capacitances and the lowering of both transistor gate charge (Qg) and output capacitance (Coss). This translates directly into faster transition speeds with less transition losses, less Coss dissipation and less driving Qg losses at a given frequency compared to classic silicon MOSFETs.

Whereas designers don’t drive silicon FETs in power applications above a few hundred kilohertz because the switching losses become prohibitively large, the lower parasitics enable GaN-based FETs to operate at frequencies up to 10 times higher while maintaining comparable switching and driving losses.

This ability to operate at higher frequencies lowers ripple voltage and current, which equates to lower conduction and magnetic-core losses, and a potential reduction in the size of inductive and capacitive components.

With higher frequencies, the need to store energy in-between charging cycles is linearly reduced. Therefore, all passive components used for energy storage or filtering can be smaller.

Size-reduction benefits are especially evident in applications where size, weight and form factor are critical. For instance, in any application that is not stationary (such as for airborne or mobile systems), size and weight are major concerns, as more fuel is needed as weight increases.

A second advantage of shifting to higher frequencies is the reduction of the electromagnetic interference (EMI) filter: passive filters become more efficient at higher frequencies, and above 5MHz the switching noise generated imposed by standards (EN55022) relaxes by an extra 5dB. Higher frequencies are more likely to find a radiation path, however; Faraday shielding (available only on grounded systems) and careful layout become increasingly important.

Using ceramic capacitors requires that you pay attention to their self-resonance (most standard ceramic capacitors are good up to a few megahertz) and DC voltage bias. To counter these effects, select and carefully lay out lower-impedance form factors, and select high-grade dielectric material (NP0/C0G or X7R).

Similarly, you can reduce the size of inductors and transformers when increasing frequency, but the selection of magnetic materials that can maintain good performance at multiple megahertz with high changes in magnetic flux (dΦ/dt) (due to fast changing currents) is limited.

Above 5MHz, it is possible to get rid of the solid core and adopt air-core inductors. Air-core inductors remove core losses, but the lower permittivity of air forces a larger number of turns for a given inductance value. This results in higher copper losses and a construction that might be larger in volume than a solid-core solution, with strong fields radiating out further into space. Researchers are experimenting with higher-frequency magnetic materials that might be a good solution for multi-megahertz applications.

So what are the consequences of shrinking a power supply? I’ll explore this question in the next installment of this series.

Get to know TI GaN solutions and begin your design.