Are you ready for totem-pole PFC? 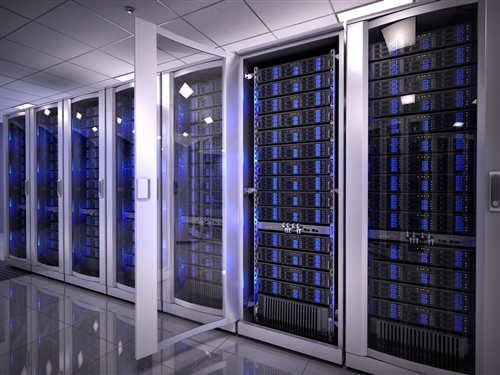 Power-conversion system efficiency is becoming ever more important due to economic reasons and environmental concerns. The efficiency levels defined in the 80 Plus requires 96% for titanium. It becomes a design challenge for power-supply companies with traditional topology when such high efficiency is required.

An offline power supply consists of power-factor correction (PFC) and a DC/DC converter. PFC forces the input current to follow the input voltage so that any electrical load appears like a resistor. To improve efficiency, different PFC topologies have been investigated, including traditional PFC, semi-bridgeless PFC, bidirectional bridgeless PFC and totem-pole bridgeless PFC. Among all of these different PFC topologies, the totem-pole PFC is now attracting more attention because it uses the least number of components, has the lowest conduction loss, and offers the highest efficiency.

Figure 1 shows a totem-pole PFC structure. Compared to traditional PFC, the power-conduction path contains only one diode instead of two. In addition, the silicon carbide (SiC) diode is replaced with a MOSFET for sync rectification.  Power conduction loss is reduced as a result. Moreover, D1 and D2 can be replaced with regular MOSFETs to further improve efficiency. 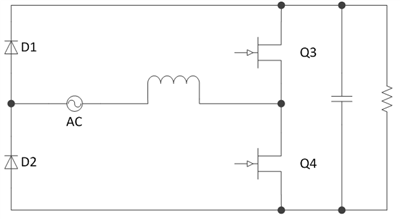 Although the concept of totem-pole PFC has been around for many years, technical challenges have prevented its widespread use.

First, because of the slow reverse recovery of the MOSFET’s body diode, totem-pole PFC cannot operate in continuous conduction mode (CCM). Second, there is an inherent issue with the totem-pole PFC topology: the input current has big spikes at the AC zero crossing. These spikes deteriorate the current waveform and make the total harmonic distortion (THD) fail to pass the spec. Third, the role of Q3 and Q4 alternatively switches between the PFC-active switch and sync-rectification switch in each half AC cycle. This alternative switching requires the controller to provide a pulse-width modulation (PWM) waveform with D (duty) or 1-D based on a positive or negative AC cycle.

With modern digital controllers such as the UCD3138, an advanced control algorithms is developed in which the switches turn on with a special sequence, and each executes a soft-start mechanism. As a result, the current spikes are significantly reduced.  Also, the digital PWM output is flexible, easily generating D or 1-D based on the operation condition. Finally, with the advent of gallium nitride (GaN) FETs, the diode-free structure makes CCM totem-pole PFC possible.

Now it’s time to use totem-pole PFC to replace traditional PFC, to achieve record-high efficiency. Figure 2 shows a current waveform from a UCD3138-controlled CCM totem-pole PFC, see how smooth the waveform is. 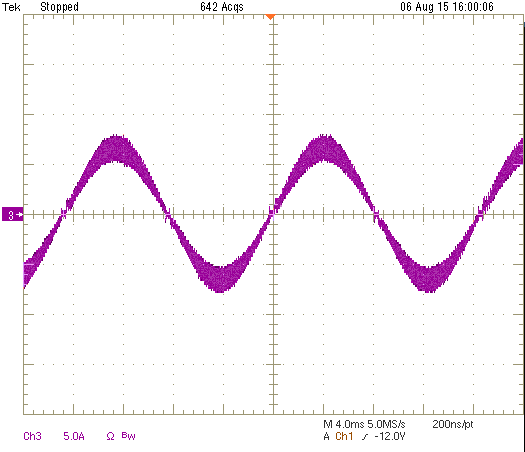 Totem-pole PFC is ready … are you ready to use it?