On July 4, 1795, Paul Revere and Sam Adams set a cornerstone in the Massachusetts state house. Inside the cornerstone was a time capsule containing newspapers, coins and American emblems- early building blocks of America. On Jan. 6, 2015, the time capsule was opened. Its contents were displayed at a public museum in Boston and then later placed back into the cornerstone.

Products like an Ethernet switch are also made up of building blocks. The processor, ASIC or FPGA controller is usually central to the topology and can be likened to that cornerstone, acting as a foundation. Around the controller, however, are a myriad of power chips that work together to provide processing power and support the activity of system loads.

TI is committed to providing full system solutions for power and has developed deep product offerings supporting our customers’ designs. Some of the key functions beyond the controller are:

The UCD90240 can sequence eight voltage rails to support any of the startup requirements of the ASICs or FPGAs. The order of this sequence can be easily modified in development and then set for proper operation in production. Figure 1 shows the voltage rails startup sequence for the design.

The reference design includes a power reference board capable of sourcing 300W and measuring power usage on any of the output rails. The INA194 current-shunt monitor provides a high-accuracy, temperature-stable measurement for the power system.

This information can be reported back via the PMBus interface by the system controller to provide real-time power-usage effectiveness of the system. Figure 2 shows the GUI dashboard displaying power output of individual output rails. 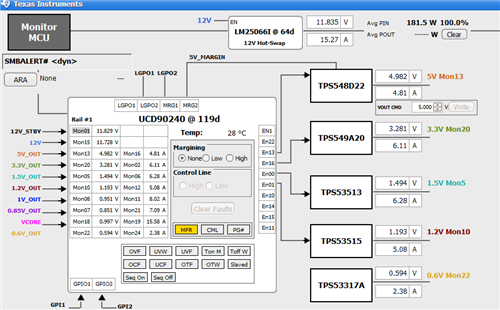 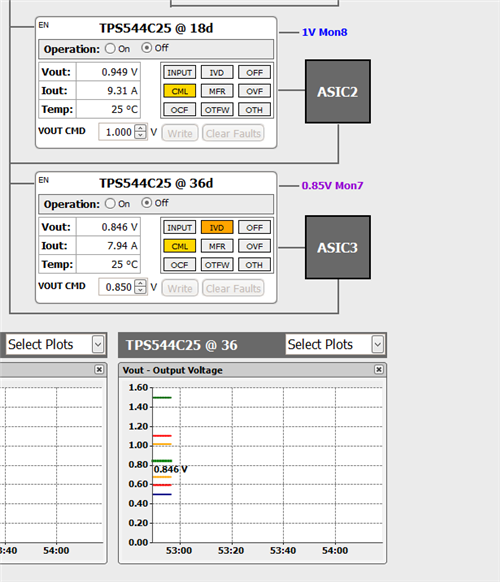 See our “Building Blocks of Power” demonstration in TI’s booth (No. 1617) at the Applied Power Electronics Conference (APEC), March 21-23 in Long Beach, California. Follow TI at www.ti.com/apec2016. Attend the “Next Gen PMBus Point-of-Load Solution” presentation, presented by TI in the Wurth booth (No. 1933) on Wednesday, March 23 at 1p.m.