Pump it up with charge pumps – part 3

The product line I work in develops multirail power supplies for LCDs and AMOLED displays. It is common for such supplies to feature one or more inductive converters, plus a couple of charge pumps to generate additional low-power output voltages. Charge pumps are ideal for these applications because they’re comparatively simple and inexpensive. 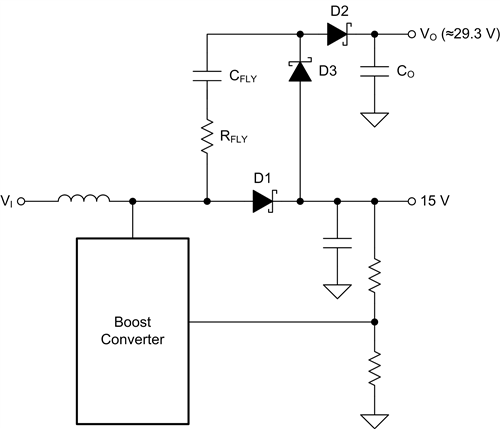 Figure 1: Driving a charge pump from the switch node of a boost converter

In this circuit, the boost converter’s switch node generates a rectangular drive waveform whose duty cycle, D, is approximately equal to

, where VI is the input voltage of the boost converter. Diodes D1 and D2 form a single-pole, double-throw (SPDT) switch.

The output voltage of this circuit is given by Equation 1:

I described in my last post how RO reaches a minimum value when the flying capacitor is larger than some critical value, and here it is again in Figure 2. The main difference when using the switch node to drive a charge pump is that the duty cycle of the DC/DC converter has an effect on the value of RO(min), which increases whenever D moves away from 0.5 (see Figure 3). These parameters change too: 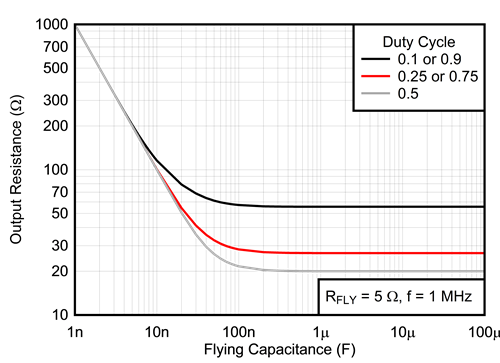 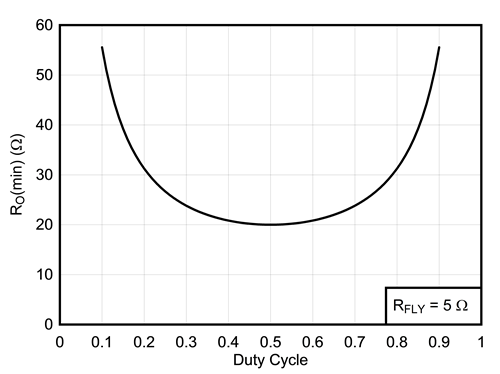 Figure 3: The effect of duty cycle on RO(min)

For all practical purposes, the output impedance of the switch node is close to zero. Which is good, right? Actually, it’s not, because very low drive impedance can cause high peak currents to flow into the switch node, which can sometimes screw up boost converter operation. This is especially true during startup, when the flying capacitor must charge up over a number of cycles from 0V to almost 15V. To get around this, it is good practice to include a resistance of a few ohms (RFLY) in series with the flying capacitor, in which case the minimum output resistance is

Of course, you can use the switch node equally well to generate negative output voltages (see Figure 4). 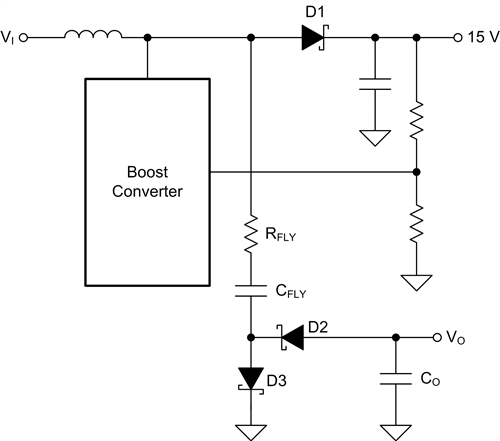 The math for this circuit is similar to the voltage doubler case:

There are various ways to regulate the output voltage of a discrete charge pump, but the easiest by far is to let the charge pump run open loop and simply post-regulate with a linear regulator. There’s no efficiency hit using this method – all but the most sophisticated charge pump regulation techniques burn off unused power – and it’s easier to stabilize. The alternative circuit shown in Figure 5 is attractive because you can use a positive regulation circuit to control a negative output voltage, but regulating the charge pump’s output voltage directly in this way often causes the charge pump’s control loop to “fight” with the boost converter’s control loop. One way to solve this problem is to make sure that the charge pump’s crossover frequency is much lower (at least five times lower, say) than the boost converter’s. Using a linear post-regulator avoids this problem altogether. 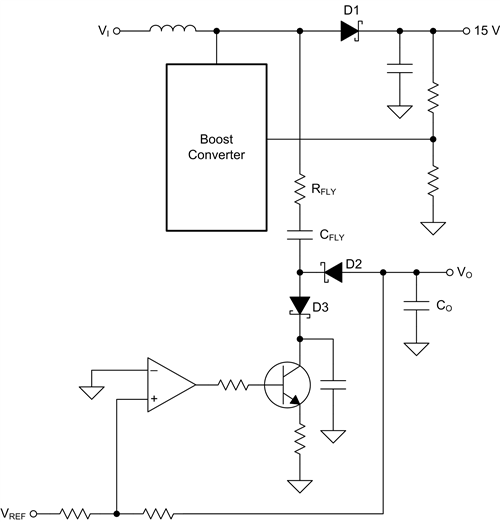 In the final installment of this series, I’ll take a look at multistage charge pumps.