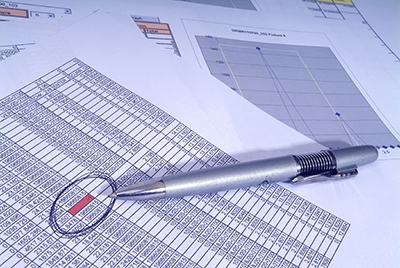 One of the most confusing specifications of a DC/DC converter is its quiescent current, or IQ. Part of the reason for this is that each manufacturer uses different terminology and definitions to specify the same thing – at least it seems that way to someone who may not be familiar with the detailed operation of a switching regulator.

In part 1 of this two-part series, I’ll focus on the current required from the input supply that flows into the input voltage (VIN) pin of a buck (step-down) regulator. When reading through the data sheet (and you must always read your data sheet!), it is best to focus on the conditions under which the input current was taken rather than get caught up in the terminology. Let’s look at three of the most important supply currents in which a typical user would be interested.

However, some regulators need to monitor the input voltage or a precision-enable input even when in shutdown mode. These functions require a finite amount of bias current to power the internal circuits – a parameter that’s important when a battery powers the regulator (such as in automotive or portable applications). This shutdown current will be the smallest current drawn from the input supply.

You may ask, “Why would I care about the current drawn when the regulator is on but not producing a useful output?” The simple answer is that you shouldn’t care, since these are not conditions used in the application of the regulator. But there are at least two good reasons why this specification shows up in the data sheet. First, with the regulator in a known state, non-switching current is a good measure of the health of the internal circuits and easily measurable in a production environment during the manufacturing of the integrated circuit (IC). Secondly (and more important), this current is part of the total supply current that the regulator uses when operating at no load.

A more useful supply-current specification is the operating current required at no load. In this condition, the converter is regulating the output voltage but the load current is zero. Many systems require the presence of a regulated voltage while in standby, and in this condition you need to know how much current will be required from the input supply. Most modern regulators specify this current in the data sheet. However, check the conditions carefully to be sure that the current listed is actually the no-load operating current.

In the second part of this series, I’ll take a look at the no-load operating current in more detail, including what its definition includes.