Design a pre-tracking regulator, part 2: for a negative LDO

One sample application for a negative LDO is to provide a negative voltage rail for an amplifier. Figure 1 shows a modification to the LMR33630 feedback network in order to create pre-tracking regulator for negative output LDO. 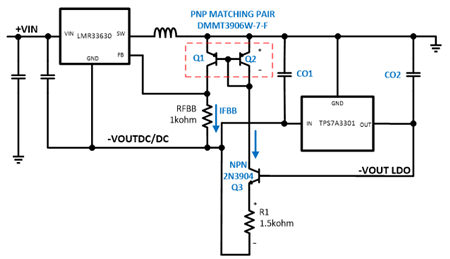 Modifying the TPS7A3301 EVM feedback resistor generates a -5-V output at the LDO; the LDO output voltage connects to the base of the 2N3904 N-channel P-channel N-channel (NPN) transistor. The LMR33630 internal reference voltage is 1 V with respect to the GND pin. Therefore, the voltage at the FB pin of the LMR33630 will be regulated at 1 V with respect to the GND pin of the device, which is now the negative output of the DC/DC converter.

As shown in Figure 1, the voltage across RFBB is also equal to 1 V. This in turn will create a reference current flowing in RFBB with a value of IFBB = 1 V/1 kΩ = 1 mA.

This IFBB reference current will then be mirrored by Q1/Q2-matched P-channel N-channel P-channel (PNP) transistors to generate the collector of Q3, which flows through resistor R1 (IC ≈ IE of Q3).

With IFBB ≈ IR1 ≈ 1 mA and approximating to 0.6 V, you can then calculate the expected output voltage of the DC/DC converter as:

In this case, the voltage output of the DC/DC converter stage will be approximately 2.1 V lower than the output voltage of the LDO.

As you can see from the calculation, it’s possible to approximate the voltage difference between the input and output of the LDO with Equation 1:

During design, you have to make sure that the DC/DC converter provides enough negative voltage to start up an LDO. Choosing a proper value for the R1 resistor can control this voltage.

The initial current that flows in the Q2 in Figure 1 is approximately 1 mA (1 V/1 kΩ). During initial startup and also illustrated in Figure 2, the VOUT DC/DC voltage is:

As you can see, you have to choose a proper value of resistor R1 to generate a sufficient voltage to start up the LDO that a user choose in their application. 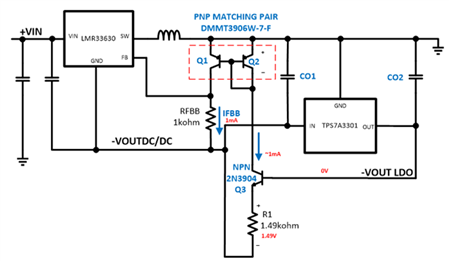 Figures 3 and 4 illustrate the startup and shutdown waveforms for the example negative-tracking pre-regulator circuit. 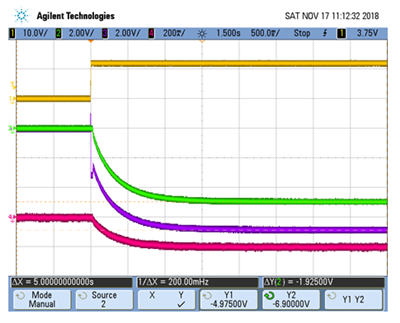 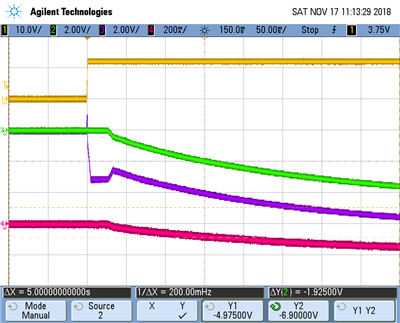 In Figures 3 and 4, the output of the DC/DC converter is 1.925 V lower than the LDO. There is a small discrepancy between the calculations and experimental value (1.925 V vs. 2.1 V); this is due to the matching current in the PNP pair. Having a co-packaged PNP improves this matching compared to a discrete type, but there will be a small discrepancy in the current between the pair. One way to improve the matching is to make a Wilson current mirror to generate the reference current, as described in Akshay Mehta’s blog post, “How to Create a Programmable Output Inverting Buck-Boost Regulator.”

Figures 5 through 8 are some scope captures on the shutdown performance of the circuit shown on Figure 2. Figure 9 shows the modified LMR33630EVM and TPS7A3301EVM PCB board in order to implement the tracking functionality. 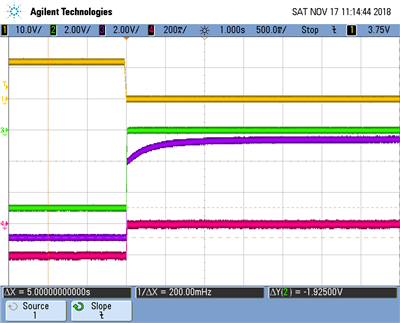 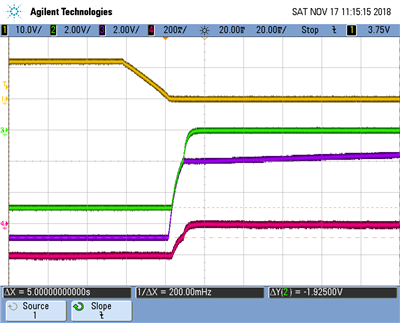 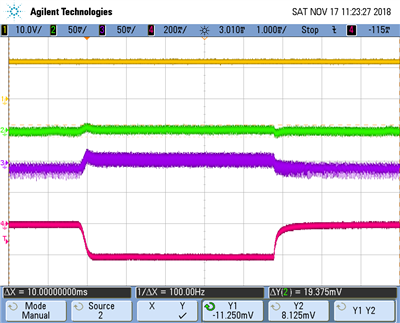 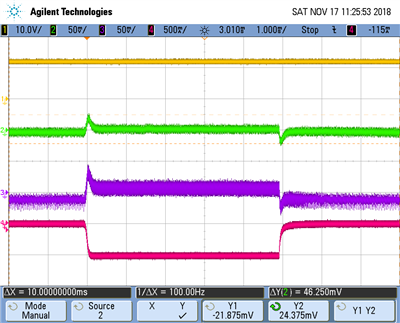 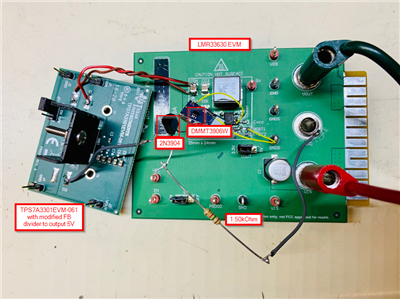 Together with a positive-tracking pre-regulator, you can see that both circuits can increase your system efficiency when you are designing something that requires an LDO as your point-of-load power supply.