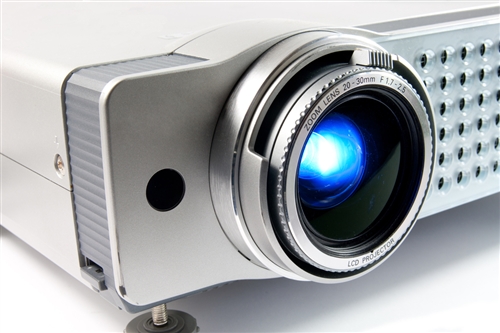 Have you ever tried to present ideas on a projector and found that the customers’ meeting room has no equipment with which to do this? Wouldn’t it be handy if you had a portable one ready at hand? This happened to me recently, and without such a portable device, I had to show my presentation on my laptop. 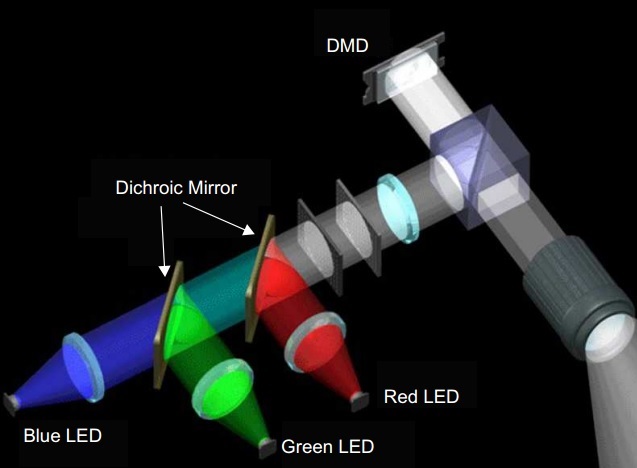 Have you ever wondered what’s required to drive LEDs in a battery-powered portable projector?

High current LED drivers make the way. Some DLP chip sets include a custom LED driver, but not all DLP chip sets come with dedicated LED drivers.  In those situations, the projector manufacturer must develop their own LED driver solution.  One option is to consider DC/DC step-down LED drivers that TI recently introduced.  Capable of 2.5A current output, the TPS92512 buck LED driver converts DC input voltage ranges from 4.5V to 60V (HV version) or 42V (standard version) to drive LEDs at a ±5% current accuracy.

Since color depends on current accuracy, the more accurate we can drive current into the LED, the more accurate the display color and tone from the projector. The TPS92513, pin-to-pin compatible with the TPS92512, is capable of 1.5A current output. Both drivers accept analog voltage through the IADJ pin to adjust the LED current output level linearly, and both of them accept digital PWM signal through the PDIM pin. That means these drivers can do both analog current level adjust (for color tone adjustments) and digital level dimming, without compromising either using analog current level (which might change the color tone) only or digital level dimming without color tone adjustment.

I do many business presentations each year, so I am eagerly waiting for a handy, portable LED projector using the TPS92512 or TPS92513 for the next time I visit customers.