Why should you use a watchdog timer in your application?

Watchdog timers have a home in a wide variety of applications, from drones and grid metering to motor control and beyond. For all of these different applications, the watchdog timer provides the same basic functionality: monitoring the processor for errant operation and issuing a corresponding signal.

However, the utility of this monitoring can vary based on the type of application. For example, it’s impractical to expect someone to manually reset a drone whose processor hangs up when it’s hundreds of feet in the air. In smart meters, this same issue could cause the device to be unable to read or record information. Meters and sensors in remote locations can also experience software failure causing the system to be unable to read and record information and no one to manually reset it. Code failure in systems that control motors and other mechanical components is especially alarming as faulty operation of these systems could cause physical harm to operators and nearby persons. Fortunately, using a watchdog timer can add redundancy to catch these errors and help prevent these problems from occurring.

How does a window watchdog timer work? 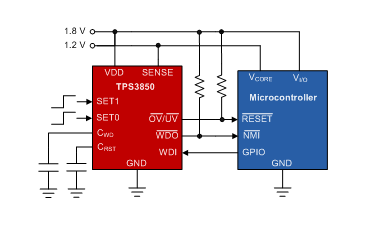 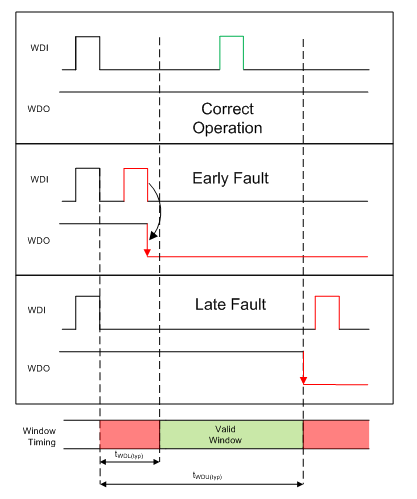 This is unlike a standard watchdog timer which only checks to see if the pulse comes before the timeout ends. Being able to monitor for an early WDI signal is useful as it can detect and halt undesirable overclocking.

What are some additional watchdog timer features?

TI’s TPS3850, TPS3851 and TPS3852 family of devices is available in both regular and window watchdog options and contains all of the features described below in Figure 3. 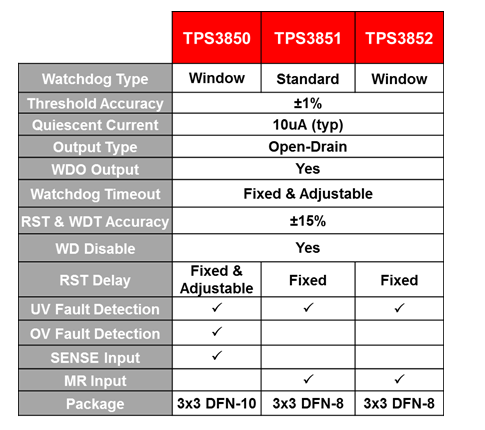 Now that you’ve learned more about the importance of a watchdog timer, how a watchdog timer works, and some additional features, consider the TPS3850 family when designing your next application.