Anyone designing electronic products is forced to make a trade-off between adding modern features and trying to fit everything into the available space. As electronic designs advance, every iteration of new technology demands more creativity. Adding new, complex features while increasing power density and decreasing the size of the power supply becomes a key priority. While this problem spans almost every application, it’s particularly acute in designs that are already miniature such as LED strips, given the restricted width of LED boards and their surrounding technology, or in designs involving flyback converters where efficiency and power density must go hand-in-hand.

Figure 1 shows the simplified internals of the TL431, a shunt voltage reference, which is a common choice for design engineers working on LED lighting applications due to its bandgap and error-amplifier integration. The TL431 is so versatile that designers can use it in many different configurations, from power adapters to voltage comparators and even current sources. Until now, it was only available in leaded packages, like the 2.9-mm-by-2.5-mm-by-1-mm small-outline transistor (SOT) 23-3 package or the 2.0-mm-by-2.5mm-by-1mm SC70-6 package. 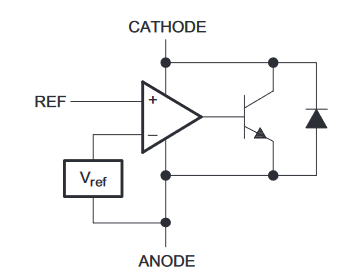 In LED applications, as well as many other power-dense designs, the TL431 typically controls the sink and source current; LED boards can use it for pulse-width modulation (PWM) applications.The TL431 is critical in LED applications because the internal error-amplifier feedback allows for a 0.5% accuracy at 25C or 1.5% accuracy over temperature for LED current regulation. The high accuracy allows for consistency over temperature across multiple LED strips or in high-power LED applications. The TL431’s large gain bandwidth also facilitates higher frequency switching, which enables designers to achieve a higher contrast ratio in dimming. However, as pico LEDs push package sizes into the 0402 and 0603 device classes, a TL431 in the SOT23-3 package becomes too big, taking up too much space on slim printed circuit boards that could be otherwise dedicated to additional LEDs.

Going smaller than a typical 0603 resistor

To help designers win the battle for the real estate on the board, where every millimeter of saved space counts, many integrated circuit manufacturers are exploring smaller-sized packages for common devices. The ATL431LI is the next generation of the TL431, which in a 1-mm-by-1-mm-by-0.4mm extra-small outline no-lead (X2SON) package is smaller than a typical 0602 resistor. The ATL431LI X2SON features corner pads, resulting, allowing it to maintain a 0.65 mm pitch, the same as that of SC70-6 package shown in Figure 2, giving it greater compatibility with pick-and-place machines.

The ATL431LI enables greater flexibility in layout and board design due to its reduced size and height, allowing designers to add additional LEDs to their design, while also improving the gain bandwidth in the internal error amplifier that benefits LED strips for dimming. A typical schematic using an ATL431LI for controlling LEDs is shown in Figure 3. 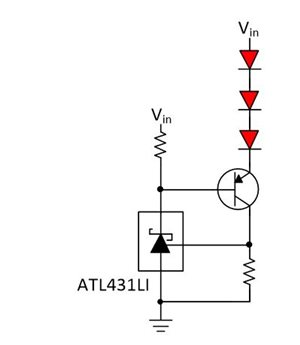 In other designs, particularly those involving flyback converters, or over voltage protection (Figure 4) the ATL431LI gives engineers more flexibility during the layout process, allowing for more optimal placement of various components on the board, which can lead to improved power density and efficiency. 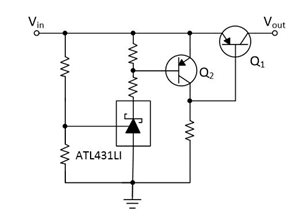 Figure 4: Overvoltage protection with the ATL431LI

When designing modern LED strips or working on other small-size designs requiring good power density, current sink or overvoltage monitoring, consider the ATL431LI in the X2SON package. It can open up new possibilities in board placement and flexibility and help give your application an edge, allowing you to add features that previously would not fit on your board, and further shrink your power supply.