How to approach a power supply design – part 2

In the first installment of this two-part series, I described how important it is to have a good specification for properly designing a power supply. In part 2, I will outline which parameters of your specification (see Figure 1) influence the decision for certain topologies. 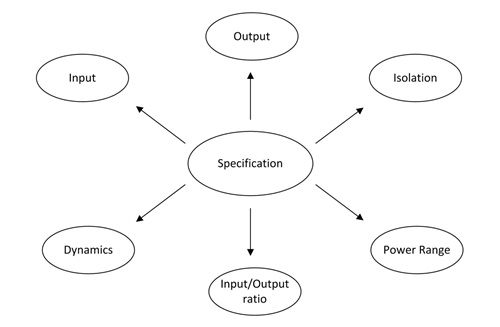 Figure 1: Parameters of your specification, which can influence the decision of a certain topology

When your application does not require an isolation barrier between the input and the output, the ratio between Vin and Vout, the ripple requirements for input and output voltage, and the maximum output power will usually determine which topology you ought to choose. Buck, boost, buck-boost, single-ended primary inductance converter (SEPIC) and Zeta are the most common nonisolated power-supply topologies for power ranges up to 250W. The buck converter steps down its input voltage and the boost converter steps it up. Buck-boost, SEPIC and Zeta can have an input voltage that is equal to, smaller or greater than their output voltage. If your input voltage has a different sign compared to the output voltage, the inverting buck-boost or Cuk converter should be your choice. For both topologies, the absolute value of the input voltage can be equal to, smaller or greater than the absolute value of the output voltage.

Table 1 lists the relationship between input voltage and output voltage and the typical power range for the nonisolated topologies I’ve mentioned. If your application needs more than the output power limit shown in Table 1, it might make sense to parallel two or more interleaved converter stages or use an isolated topology (see Table 2), because these are already intended for greater power levels.

Isolated topologies can step their input voltage up or down. The output voltage can be positive or negative. By adding extra transformer windings, it is also possible to generate more than just a single output voltage. Flyback, forward, push-pull, half-bridge and full-bridge converters are the most common isolated topologies. The most common way to minimize losses for these topologies is to have the converters operate in a resonant or quasi-resonant mode. Resonant converters take advantage of zero voltage switching (ZVS) or zero current switching (ZCS). Examples are quasi-resonant flyback, active clamp flyback or forward, inductor-inductor-converter (LLC) half-bridge and phase-shifted full-bridge. Table 2 shows the power ranges for different isolated topologies.

If very thorough load transients can occur at the output of your converter, it is important to know that good dynamic behavior is not possible with a flyback topology operating in continuous conduction mode, as the right half plane zero (RHPZ) in the converter’s transfer function will typically limit the bandwidth to frequencies below 5kHz for this type of converter. The bandwidth of the opto-isolator, which is usually necessary for the output voltage feedback path of isolated topologies, can be another drawback for transient response behavior. If your power supply really needs very good transient response behavior, but you have to use a different topology than a buck converter, a two-stage approach might be your best option. Another option is placing the controller on the power supply’s secondary side.

The buck, boost, SEPIC and flyback topologies are suitable for power factor correction (PFC) circuits. The most common choice is PFC boost.

In the next installment of this series, I will cover buck, boost and buck-boost converters.