How to ensure precision in automated processes 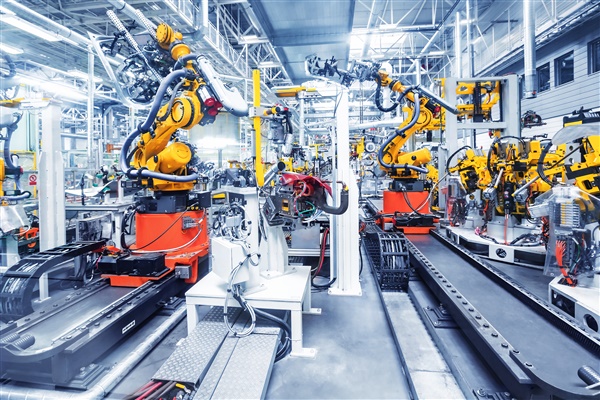 Precision in factory automation applications depends on many factors, such as accuracy, temperature drift, and noise. But there are two more key factors that you may have overlooked when initially designing a system: safety and repeat-ability. In order to ensure that every measurement from an analog-to-digital converter (ADC) or signal from a digital-to-analog converter (DAC) from your field sensor is consistent and precise on startup, it is important to have a precise reference voltage. This system also needs to have a proper startup cycle in case it experiences a large amount of current. This current is known as In-rush current and it is the maximum current drawn from the power supply at startup. In-rush current can be much larger than the typical current the system was designed for because of the capacitive loads in the system that typically found around in the power rails. This is can be an issue because in-rush current during startup can cause low-dropout regulators (LDOs) and series voltage references to go out of regulation and negatively impact system precision and regulation.

In-rush current is not only applicable to factory automation systems such as PLCs and field transmitters but it also seen in industrial systems and other 4-20mA current loops applications that require isolation. This is because these systems typically turn on and turn off periodically for measurements and automation. Looking at a system with no in-rush current protection during start-up, there is very little impedance to the in-rush current. This is because power supplies typically have a small series impedance and any LDO’s have a low RDSON, therefore there is not enough impedance to limit the current going the capacitors during startup. This current can damage the board traces and devices that are not built to handle this current.

Figure 1 is a typical example of a connection from a voltage source to a voltage reference. The in-rush current from VCC is caused by the capacitors CS and CLoad, which can both be several microfarads for stability. The typical total value of the series impedance limiting the current is several ohms or lower; as a result, the in-rush current can reach several hundred milliamps and cause the voltage reference to go out of regulation, or damage the device or supply.

One problem that can result is that if Cs after Rs is small, the capacitor cannot supply enough current at startup for the reference. The lack of current can cause very slow ramp-up during startup, which might affect the internal power-up initialization of the device. A second problem is that because of the Rs, there is a waste in power and a decrease in voltage from the original supplied voltage due to the continuous current on the resistor. In power-efficient applications where the power consumption of the voltage reference is a key parameter, the power consumption of Rs can be significant. You can see the giant dip in Figure 2 caused by the large series resistance Rs.

A clean start for precision

Although there are external discrete solutions to in-rush current protection in voltage references, they can often be bulky or inefficient. The REF2125 voltage reference introduces a new feature called “Clean Start,” which is similar to the soft-start feature on other devices that protects against in-rush currents. Both clean start and soft start prevent the device from entering undesirable states that might affect the regulation voltage by regulating the current going into the device.

The difference between a typical device soft start and the REF2125 clean start is the mechanics behind soft start. Soft start works by having an external capacitor, CSS, connected to a soft-start pin. The output charging rate of the device is then made proportional to the ramp rate  of the current on CSS. While soft start does provide in-rush current protection, this feature is not common in voltage references.

Clean start offers programmable in-rush current protection for the REF2125, with an additional level of programmability that soft start lacks. Clean start limits the output current proportional to the voltage at the CS pin of the voltage reference. This allows for flexibility of the ramp-up rate to be as gradual or fast as necessary with resistor RCS and capacitor CCS. When the CS pin of the REF2125 only has RCS, the input current of the device is limited to Iin,peak. In this state, the device startup looks similar to soft start, as the current rises linearly with the resistor. Equation 1 calculates Iin,peak based on RCS.

A benefit of clean start is the additional programmability that comes in the form of adding capacitor CCS. In addition to the resistor on the CS pin, this capacitor allows the ramp of the output current to increase according to the RC time constant of CCS and RCS, as shown in Figure 3.

If the programmability of the CS pin is not needed but the in-rush current protection is, the REF3425 can handle this. In the REF3425, the ramp-up current during start up is linear with a fixed turn-on time that ensures that the device always turns on as expected.

In-rush current protection is needed for factory automation in PLCs and field transmitters. They are necessary for automated systems especially since each measurement and analog input must be precise and reliable. While there are discrete solutions that can help limit in-rush current, there is no substitute for a built-in solution. The REF2125 and the REF3425 bring built-in in-rush current protection into the voltage reference space for the factory automation.