To begin, Figure 1 shows the standard EVM as it would be connected as a step-down converter. 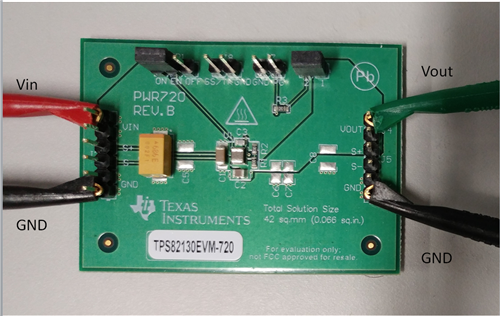 To achieve the inverting function, the output terminals are swapped such that VOUT (J4) becomes GND and the GND terminal (J6) becomes –VOUT. Everything that was GND is now labeled –VOUT. In addition, the input voltage is applied from VIN to VOUT, which is now GND.

Further comparing the two schematics, we find the remaining changes required to transform the EVM into the inverting circuit. Note that the reference designators are identical between the designs, except for the input capacitors C1 and C4 whose connections need to change from what the existing printed circuit board (PCB) provides.

Here are the required changes, which are shown in the following images: 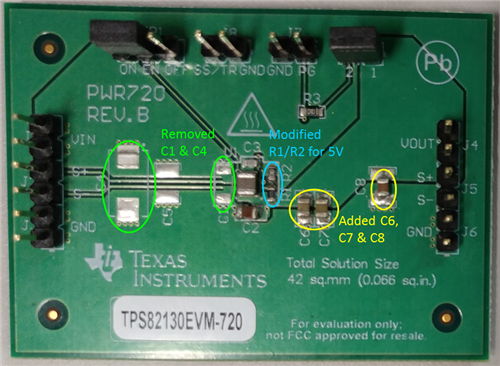 Next, the input capacitors, C10 and C11, are installed. There are no pads at the correct electrical locations on the existing EVM, so the existing pads for the VIN connection are used and a wire is added to complete the connection to GND, which is VOUT on the PCB. Figure 5 shows the result, which has completed all modifications and is now an inverting buck-boost power supply. 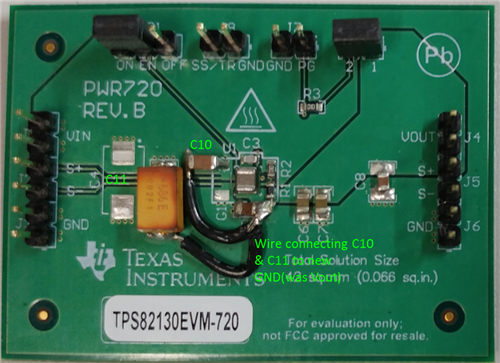 Figure 6 shows this same EVM wired in the correct way and ready to be powered on. Note that the positive terminal of the load connects to GND (J4) and the negative terminal to GND (J6). This presents the load with a positive voltage, instead of a negative one. 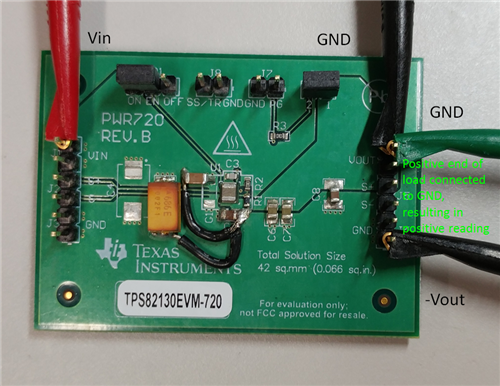 These same steps and procedures are applicable to most step-down converter EVMs and allow you to quickly evaluate them as inverting buck-boost converters, without having to make a PCB of your own.