Here is an example with the following application requirements:

How can I achieve stability without an additional 94µF capacitance? I have a simple solution. The idea is to create an equivalent output capacitance of 240 µF for the feedback system with the capacitors to meet transient response requirement. To do this, I added an AC attenuator stage to the feedback path, as shown in Figure 1. 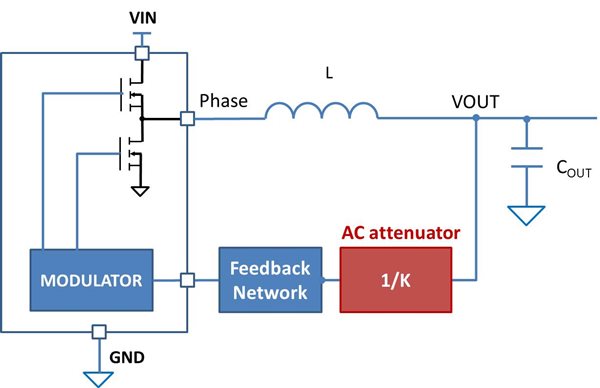 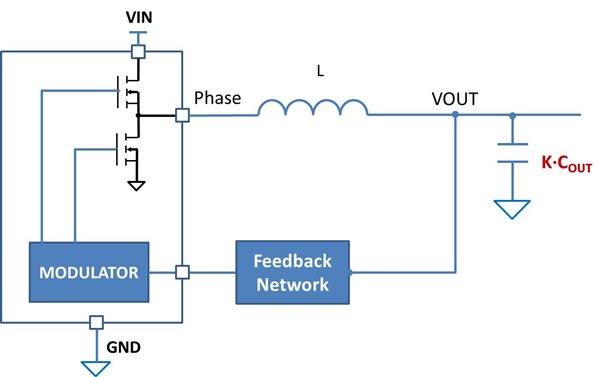 How did I insert the AC attenuator? Let’s examine the original feedback network of a D-CAP regulator, as shown in Figure 3. 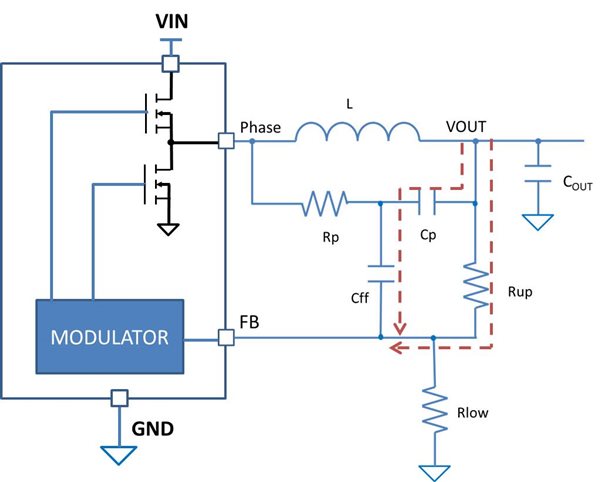 Figure 3: Block diagram of a D-CAP regulator with a DCR injection circuit

Cp is usually of value much greater than Cff and can be considered shorted at frequencies higher than cross-over frequency. The pull-up capacitors, Cff and resistor, Rup forms a zero. The divider gain increases to 1 at high frequencies as shown in Figure 4. To attenuate the divider gain, I added a pull-down capacitor, Cpp, from the FB pin to GND. Figure 4 shows the effect of a 1nF Cpp on the feedback gain. The feedback network gain is reduced by 5dB at one-fourth the switching frequency. This is equivalent to an attenuation of 1.8. 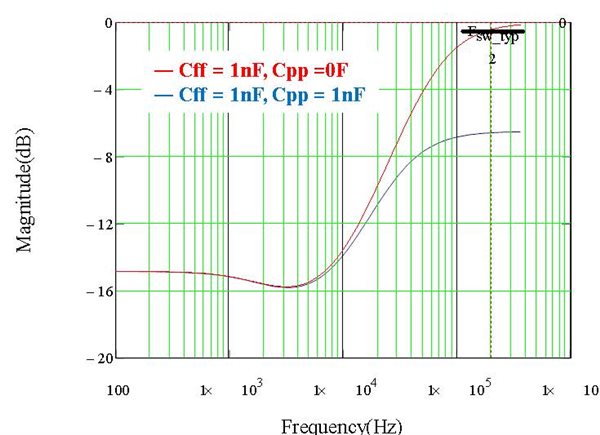 Figure 4: Bode plots of transfer functions from VOUT to FB with and without Cpp

If a 160µF output capacitor is used, the attenuator creates an equivalent capacitance of 288µF for stability. Since the attenuation is applied to both the output capacitance and ripple injection by Rp and Cp at the same time, the original stability criteria remain effective. Referring to Equation 7 in the TPS53355 data sheet, an equivalent series resistance, ESR of 11mΩ is required for stability.

The ripple across Cp should be of amplitude similar to that across the ESR as calculated above. Thus, I calculated Rp as:

The Inductance rolls off to 0.9µH at full load. I selected a standard resistor value of 7.87KΩ for Rp.

Figure 5 shows the measured Bode plot of the TPS53355. System phase margin is above 60 degrees, while gain margin is over 14dB. 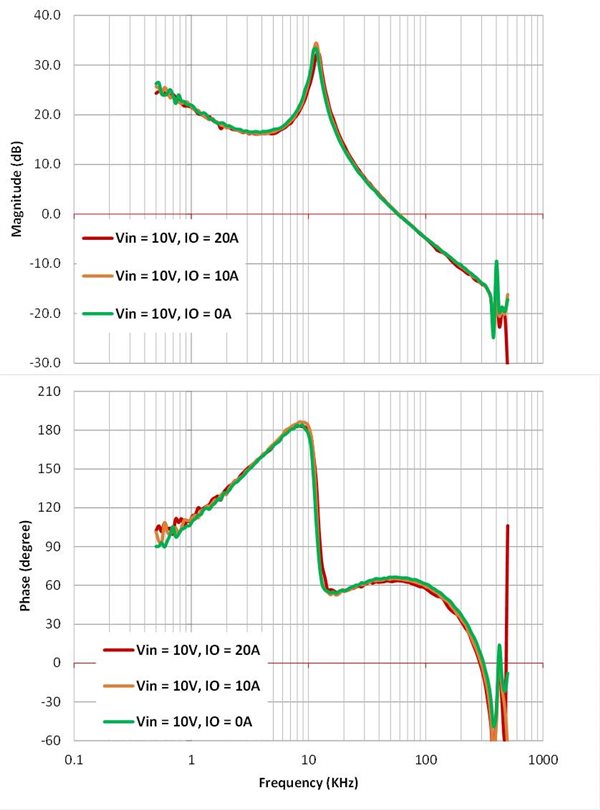 Load-step transient response test was conducted per the application requirements. Figure 6 shows the transient-response performance. Overshoot and undershoot are below the ±99mV requirement. 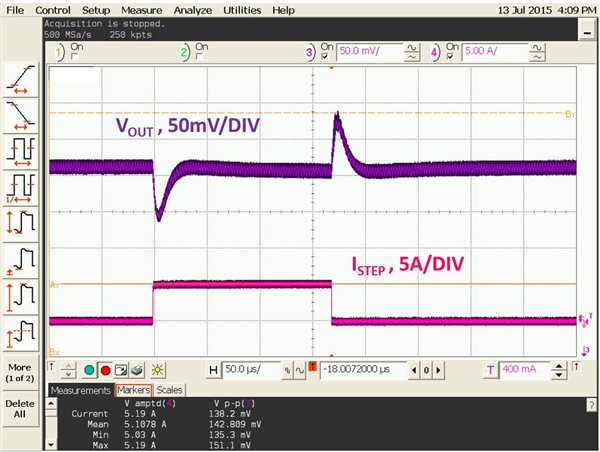 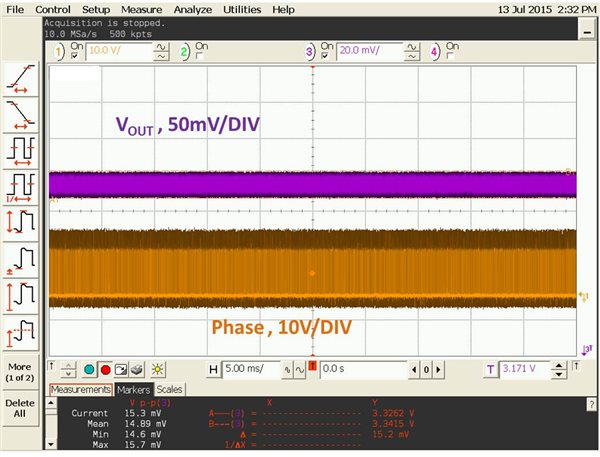 Simply adding a small capacitor from the FB pin to GND greatly reduced the output-capacitance requirement for D-CAP™ control with all-ceramic-output capacitors. My solution rendered a stable system with satisfactory application performance.