How to speed SSD program time with a boost converter

A power supply is required to support the write/erase of the NAND chip, as shown in Figure 1.

Equation 1 calculates the current during write/erase as:

For instance, if C is around 100 pF, R is around 1 MΩ. If write/erase completes in 100 ns, the current is around 12 mA. For an application like enterprise storage, a larger capacitance (increasing C) and faster speeds (decreasing t) require a higher current. The write/erase speed really depends on the power-supply capability and the overall thermal dissipation. If the power capability cannot deliver the required current due to current capability, the write/erase speed will scale down which in return impacts the response time of the storage system. 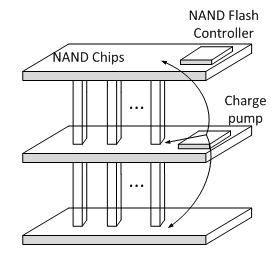 The charge pump solution for applications with higher output-power requirements needs a larger capacitance due to charging/discharging capacitance with heavier load. The efficiency at heavy loads is also relatively low due to the power loss of the charging/discharging capacitor. Additionally, there are high output ripples and noise as well at heavier load conditions. Based on the limits of lower current capability, the charge-pump converter is a good fit for relatively lower-power applications, while being easy to design (since there is no inductor) and having a small solution size with medium-level efficiency.

In contrast, an inductive boost converter can deliver more current than a charge-pump converter and will have lower ripple, which makes it a more competitive solution for higher-power applications. The output voltage of the boost converter could be flatter across the whole load range as the inductor current could deliver the load current. As shown in Figure 3, placing a single boost converter outside of NAND chips could supply the power of multiple chips. 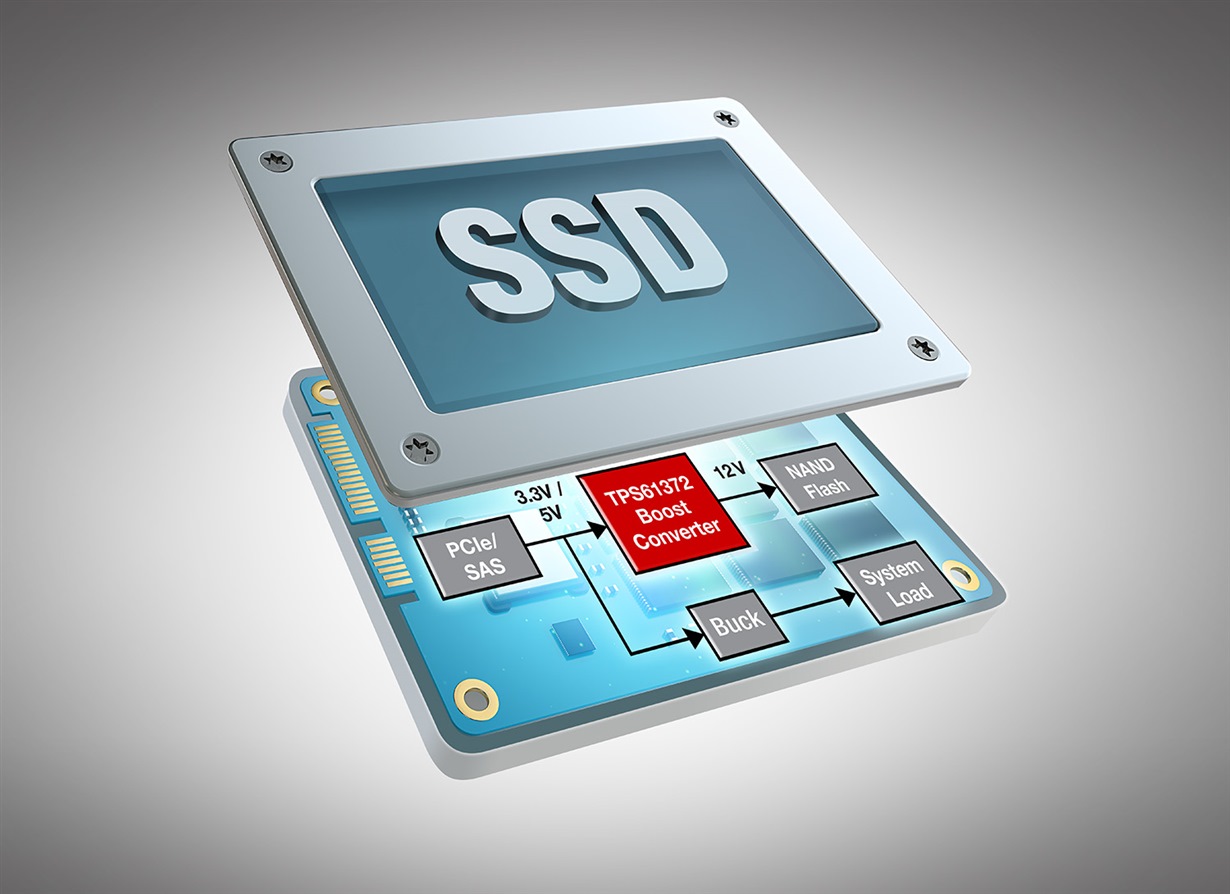