Understanding and improving the thermal performance of a power module

Thermal performance is critical in most power supply designs. Understanding the limitations of your switching regulator and knowing how to get the most out of it is integral to optimizing the performance of your system. In this blog, I will explain how to interpret derating curves and I aim to explain ways you can improve thermal performance with different layout techniques.

A derating curve like the one shown in Figure 1 is an essential part of many power supply designs. With the derating curve, you can quickly evaluate if the power supply can support your particular application’s requirements in addition to quickly seeing the rated output current at various ambient temperatures. Looking at Figure 1, the effect of temperature on current is obvious, the safe operating are of the devices lies below the curve as the line represents the limits defined by temperature.

The type of knowledge you can derive from a derating curve is expressed in Figure 1. Figure 1 shows several derating curves for a MicroSiP power module, each for a different value of the junction-to-ambient thermal resistance, commonly known as ΘJA. Wouldn’t you choose the power module that produces the green curve, since it has the lowest ΘJA and the least derating? 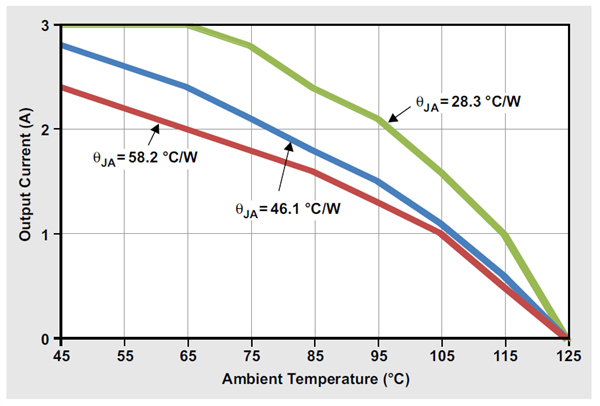 Figure 1: Derating curve for the a MicroSiP power module

Actually, each curve in Figure 1 uses the same TPS82130 power module under the same operating conditions. Only the printed circuit board (PCB) layout and airflow have changed. You, the designer, choose which derating curve you get. This brings to light a key truth about power modules: their thermal performance, and thus their derating, is highly dependent on the application and usage of the device, which includes the PCB layout and system variables such as airflow.

Specifically, the red curve in Figure 1 is generated with the standard Joint Electronic Devices Engineering Council (JEDEC) PCB design. While JEDEC’s board definition is used to generate most thermal tables in device data sheets, the JEDEC board is not a very realistic type of board for final applications.

How to optimize your power module's thermal performance.

Figure 2 shows one difference, of many, between the JEDEC PCB and a more typical application PCB: the amount of copper connected to the device’s pins. The very small amount of copper (shown in purple) used in the JEDEC design yields unrealistically poor thermal performance. 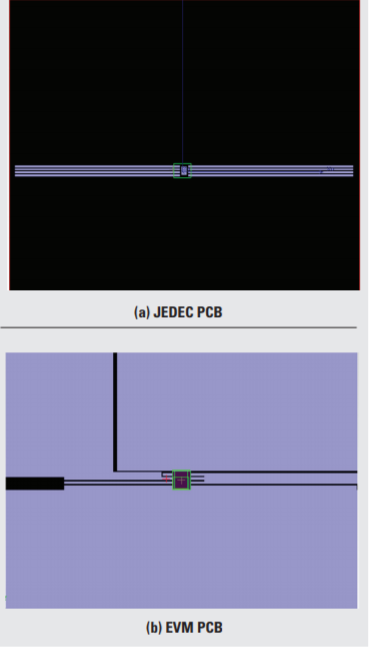 By focusing on the thermal design when using a power module, it’s possible to easily achieve better performance than the JEDEC PCB. Table 1 shows several design options using different numbers of vias, layers and airflow. All are an improvement over the JEDEC PCB design, quantified by the lower ΘJA value and resulting lower operating temperature. Just through PCB and system design, you can reduce the operating temperature by nearly 50°C.

Want to read more about this topic? Check out my article, “Improving the thermal performance of a MicroSiP power module,” in the Analog Design Journal.