Introduction to the fundamental technologies of power density

The importance and value of power density in modern power-delivery solutions cannot be overstated.

I’ll also demonstrate how partnering with TI, and using advanced technological capabilities and products that support these four aspects, can help improve your efforts to achieve high-power-density figures.

But first, let’s define power density and highlight some important details when comparing solutions based on their power-density figures.

What is power density?

For power-management applications, the definition of power density seems straightforward: it is the rated (or nominal) output power of the converter divided by the volume that the converter occupies as shown in Figure 1. 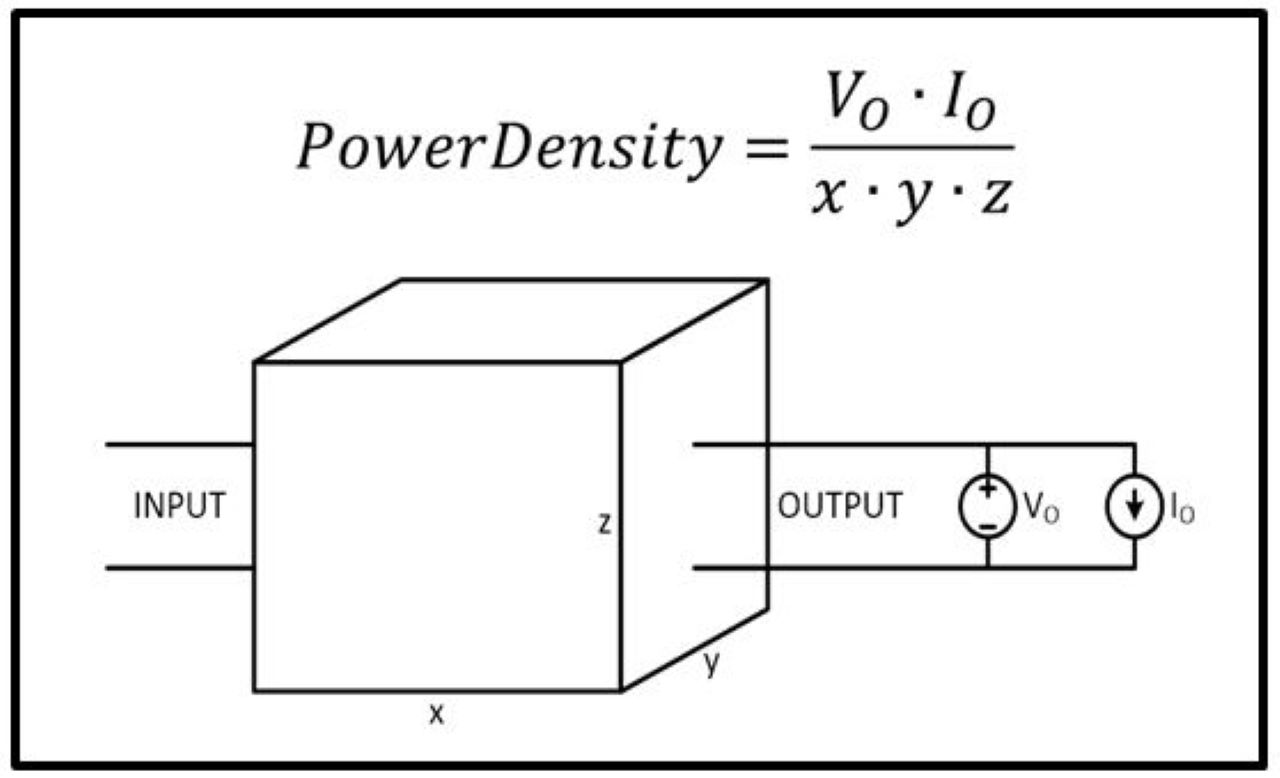 Figure 1: Calculating power density is easy, but how nominal power and volume are defined can often lead to ambiguity.

But even this simple definition demands a lot of clarification if you want to compare power supplies, based on their power-densities.

The output power corresponds to the continuous output power that the converter can deliver under worst-case environmental conditions. The relevant power capability may be affected by a combination of ambient temperature, maximum acceptable case temperature, orientation, altitude and expected lifetime.

Similarly, you can define the volume of the power supply in many different ways, depending on the converter’s application and construction. Some of the variables that can significantly impact the volume – and, consequently, the reported power density of the power supplies – are the inclusion or exclusion of electromagnetic interference filters, fans, housing requirements, and input and output energy-storage capacitors, which are often required but not part of many modularized power supplies. Therefore, it is imperative to know and consider these variables when comparing reported power-density data from the literature.

Learn more about the limitations to increasing power density and how to overcome them.

Let’s have a short historical overview, looking at where the fascination with power density comes from and how this trend began.

Efficiency was a driving force of innovation in power technology since the early days of switched-mode power conversion. Switched-mode power converters made it possible to break the deterministic efficiencies of linear power supplies, which were primarily dependent on input and output voltage ratios and few available topologies.

The need to improve efficiency has accelerated significantly since the early 1990s, fueled by personal computing and electronics, telecommunications, and advancements in semiconductor technology. The increased efficiency of the power solutions has been facilitating a continuous progress in power density as well, as depicted in Figure 2. 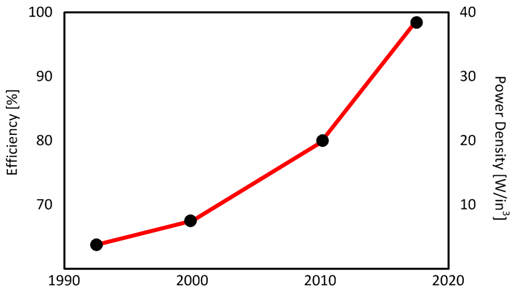 Many waves of energy crises and the consequent emergence of regulatory requirements made efficiency an even more important attribute for power systems, specifically energy conservation and total cost of ownership.

During the last decade, high power density has become recognized as the ultimate pinnacle of power-system engineering.

How to achieve high power density

To better understand the focus on power density, let’s look at what it takes to achieve high power density. The special relationship between efficiency, size and power density is immediately apparent – even for casual observers.

Efficiency is considered the gatekeeper of achieving high power density because it’s imperative to reducing the amount of heat from a device. To take advantage of higher efficiency, a solution’s volume – its size, in other words – must shrink. Achieving both high efficiency and small size at the same time requires a solution that can work efficiently at high operating frequencies. In particular, such a solution should include:

Applying these four fundamental technologies together is the cornerstone of many successfully executed high-power-density designs. Thus, you can view the power density achieved like a report card that grades how well the designer applied the most appropriate semiconductor technology, and whether they selected the right topology, control method, mechanical design, thermal management and integration strategy.

If you truly want to understand why power density is important — beyond viewing it as a universal score to rank technical merit in power engineering — you have to step back and look at how the industry and society as a whole benefit from higher power density.

For example, smaller physical dimensions usually translate to less raw material usage, which could be indicative of lower material cost. Similarly, a smaller size and fewer materials will possibly result in a lower weight, which is an extremely valuable attribute in power systems in the transportation segment that can lead to fuel savings or longer ranges. And finally, with higher power density comes the possibility of miniaturization. Pushing this aspect to its limits has allowed the power-conversion industry to create previously unimaginable new markets.

As these examples show, power density is important given the well-defined economic advantages for the manufacturer, user or operator at the system level that can result in a lower total cost of ownership.

I hope this information, and our related five-part training video series, will inspire you to learn more about our company and technologies, which can enable industry-leading power densities from power-rail voltages below 5 V all the way to 600 V and above, using our advanced silicon technology and high-voltage gallium-nitride power devices.