The flyback is the most commonly used isolated DC/DC converter in power over Ethernet (PoE) powered device (PD) designs, delivering power up to 25.5W in many Ethernet-based products such as wireless access points, IP phones and security cameras.

Figure 1 shows a simple flyback power stage. The flyback works by first charging the magnetizing inductance and storing the energy in the air gap of the power transformer when the primary switch is on. When the primary switch is off, the magnetizing inductance reverses voltage and forward-biases the diode, allowing energy to be delivered to the load. 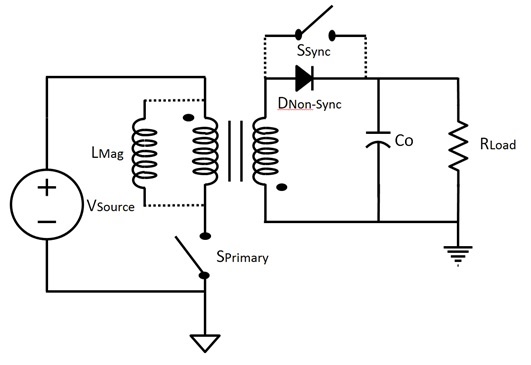 The benefit to using a flyback is its simplicity and ease of design, which makes it a low-cost solution. However, due to the high peak and RMS currents, the MOSFET and output-rectifier diode in the flyback have high conduction losses, which results in relatively lower efficiency. The Class 4, Cost-Optimized, Flyback Converter for POE Applications TI Designs reference design (PMP6812) demonstrates how to use the TPS23754 PoE PD in a low-cost, simple diode-rectified flyback solution to achieve an efficiency of 86% at 25W. Note that the reference design has a 12V output, which will have higher efficiency than a 5V output. Comparably, a 5V output-diode-rectified flyback can yield ~80% efficiencies at this range of power.

As PoE equipment becomes more sophisticated with special features (for example, tilt, pan and zoom in security cameras), the power delivered to the PoE PD – as much power as possible – must be converted as power to the load. Thus, any extra percentage of efficiency is desirable.

Without switching (pun intended) to a different topology like an active clamp-forward converter, a driven synchronous flyback is a viable solution. Rather than using an extra winding on the flyback transformer, the gate-drive signal of the DC/DC controller (many times internal to the PoE PD IC) drives the synchronous FET through a gate-drive transformer. Now, you can eliminate the amount of shoot-through losses present in the self-driven approach. The result is an overall more efficient flyback design. 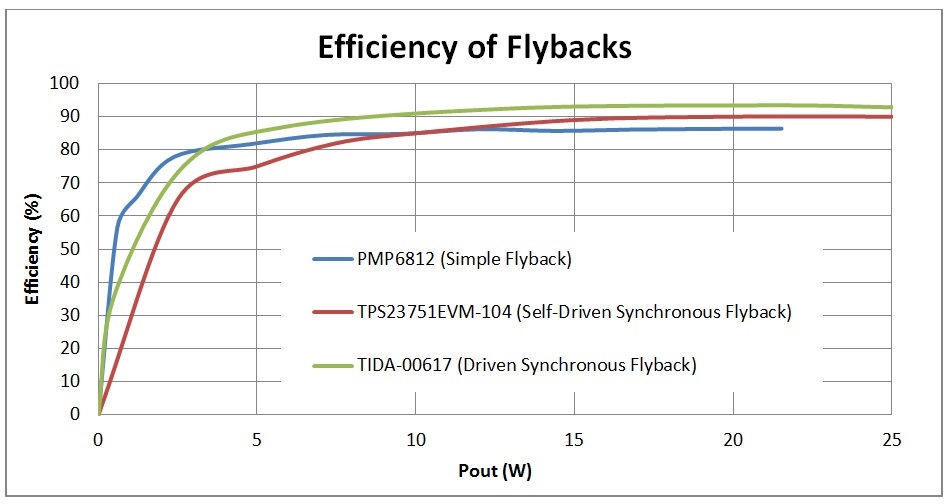 Figure 2 shows the relative efficiencies around the Class 4 power levels for three different flyback configurations. You can also browse many more PoE PD converter solutions using the PoE widget to narrow down your search and find complete solutions for your next project.