Do you have a need for a negative voltage? If you are responsible for designing an amplifier, audio system, data converter or gallium nitride (GaN) driver, you may feel all alone in your quest to provide the proper power solution for your system.

A voltage below ground can be quite cumbersome to create given the small number of voltage inverters on the market. Why not simplify your task with a charge-pump solution? Figure 1 shows the simplest way to make a negative rail with the LM2776.

Charge pumps are one of the simplest power supplies, since no inductors are required. Useful at lower powers, capacitors alone store and transfer the converted energy. Combined with a small-outline transistor (SOT)-23 package, the three required capacitors make a very easy solution.

The LM27761 provides exactly this function by integrating – along with an inverting charge pump – a negative low-dropout regulator (LDO). Not only does this LDO regulate the negative output voltage, but it helps achieve additional noise rejection to produce a very clean voltage suitable for powering sensitive analog loads such as data converters. Figure 2 shows the LM27761, with its extra capacitor required for the LDO output and two feedback resistors to set the output voltage.

In some applications, such as headphones, the sensitive analog load requires two voltages: one positive and one negative. Both rails may need to be clean. If the input power source (such as a single-cell lithium battery) has some noise present on it, you will also need a positive LDO to bring the noise down to an acceptable range for the load. While the noise may originate from other switching power supplies powered from the same input source (the same battery), the LM27762 is sure to clean this up with its integrated positive LDO.

Figure 3 shows the solution, which contains two LDOs and one inverting charge pump inside a single device, to power sensitive loads that require both a positive and negative rail. 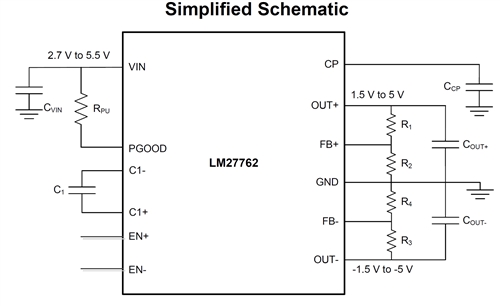 Figure 3: The LM27762 inverting charge pump includes a positive and a negative LDO

And there you have it: the LM2776, LM27761 and LM27762 charge pumps meet whatever negative voltage needs you may have. See the Additional Resources section for more information on inverting charge pumps and voltage inverters for both higher- and lower-power applications.