Power Tips: How to limit inrush current in an AC/DC power supply 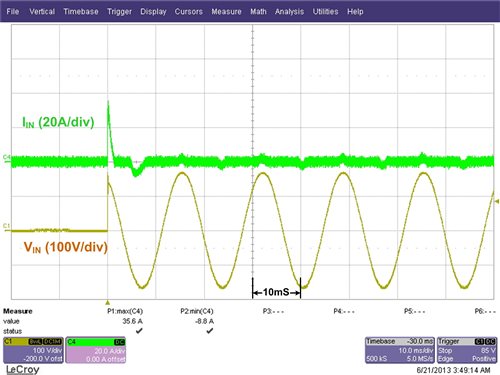 Figure 1: Inrush current of a power supply at 120VAC/60Hz input

Consider the simplest AC/DC conversion, a half-wave rectifier, in Figure 2. 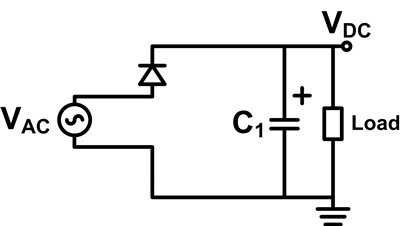 You can estimate the peak inrush current under a no-load condition with Equation 1:

VF is the forward-voltage drop of the rectifier diode and RESR is the equivalent series resistance of capacitor C1.

With VF = 1V and RESR=1Ω, the peak inrush current is 168A at a 120VAC input. This amount of inrush current is clearly over the current rating of most diodes used today. In addition, the inrush current can last for a long period of time with a large capacitance on C1, which could lead to blowing up a fuse during power-up transient (the inrush energy over the fuse I2t rating).

During normal operation, the NTC thermistor is heated up and holding a low resistance – much lower than the fixed value resistor. For example, the 2.5Ω NTC thermistor used in Figure 4 becomes 0.5Ω at 100°C. The resistance reduction of NTC thermistor gives us lower power dissipation on the inrush current-limiting circuit. 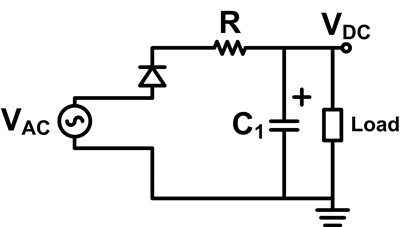 Figure 3: A half-wave rectifier with resistor as inrush current limiter 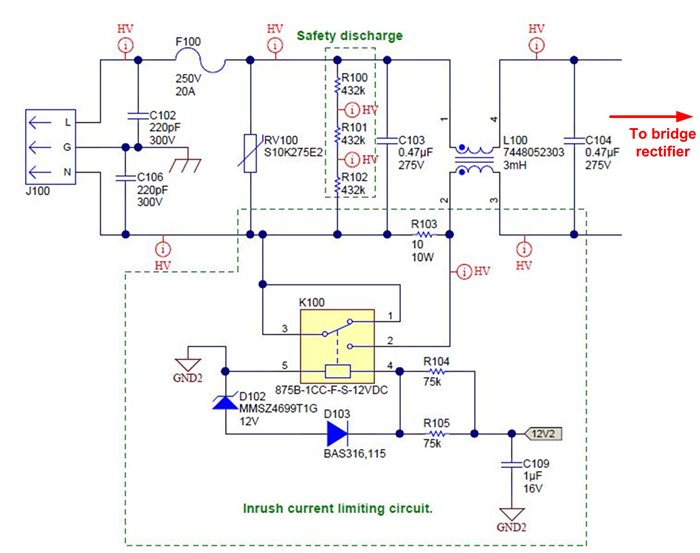 Besides relay, a MOSFET bypass circuit such as the one shown in Figure 6 provides another way to lower the current-limiting-circuit power dissipation. In Figure 6, a PFC boost circuit is applied. During normal operation, the boost circuit steps up the rectified input voltage, VREC, to a higher voltage level at node B+ (380VDC nominal). The MOSFET bypass circuit detects the voltage level of B+. Once the voltage at B+ is closed to 380VDC, MOSFET Q2 is then turned on to avoid having high power dissipated on RT1.