The power to do even more with GaN 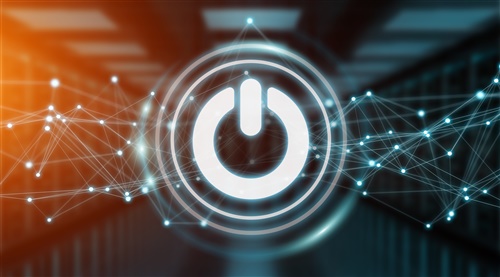 IHS recently reported that “the world market for merchant power supplies rose 7.7 percent year over year to reach $23.5 billion in 2016.” Although the number and ratings of power supplies were not reported, this amounts to a huge amount of energy processed each year. It comes as no surprise that the industry is continuously looking for ways to increase power efficiency and density. Higher efficiency not only saves on electrical bills, but also lowers other operational expenses such as cooling.

Gallium nitride (GaN) enables a new generation of power conversion designs not possible before. These designs allow systems to reach unprecedented levels of power density and efficiency while delivering the reliability and the ruggedness that the power supply engineers expect. GaN-based solutions can be incorporated into power supplies throughout data centers, from the AC mains to the individual points of load (POLs). GaN also enables new architectures such as high-voltage DC distribution systems.

Electric utilities require a power-factor-correction (PFC) stage in order to optimize power-grid efficiency. PFC operates as a boost converter, and typically provides a DC output voltage of 380V. This voltage needs to be further stepped down to provide a DC bus supply for the system. Various topologies are used for this stage, but inductor-inductor-capacitor (LLC) and phase-shifted full bridge are commonly used to generate a bus voltage of 12V or 48V. This bus voltage is routed throughout the system, and undergoes multiple conversion steps to power various POLs such as processors, field-programmable gate arrays (FPGAs), memory and storage.

GaN-based solutions, shown in Figure 2, fundamentally change both the architecture and density of the entire power system, from the AC to the processors. Let’s break it down.

The days of GaN being viewed as a future technology are over. GaN is here now and is enabling designers to do what was once unreachable: design new power systems that are substantially smaller, switch faster and are cooler than ever before.