In Shenzhen, China, recently I met with a designer for an infotainment systems manufacturer. “Do you happen to use any 60V load switches in your design?” I asked. He affirmed, telling me he incorporated about 10 30V-60V small-outline transistor (SOT)-23s on his board, generally around 100mΩ RDS(ON). “And on these boards, are you space-constrained?,” I asked. Turns out that he was, so I showed him information on TI’s new CSD18541F5 60V FemtoFET MOSFET, coming in at just under 60mΩ with a 1.5mm-by-0.8mm (1.2mm2) footprint (see Figure 1), that was designed specifically for space-constrained applications such as infotainment systems. 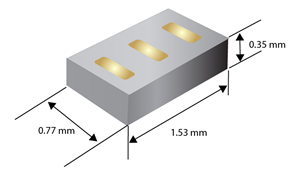 That’s roughly one-sixth the size of an SOT-23 (6.75mm2) package for those of you keeping track at home (see Figure 2). It also represents an RDS(ON) multiplied by footprint size figure of merit that is 75% smaller than traditional MOSFETs. 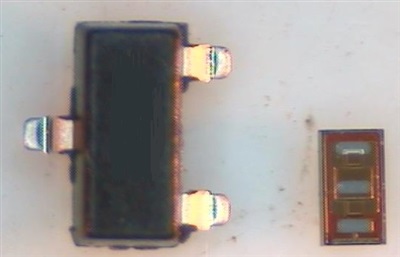 Figure 2: Traditional SOT-23 package next to the CSD18541F5 LGA package

Doing some quick math with this engineer, we determined that with 10 devices per board, he’d be saving roughly 55mm2 – not an insignificant amount for a device generally considered an afterthought by most engineers. And what about pad pitch?  Fortunately, the tiny LGA package was designed to accommodate industrial customers as well, for whom the consensus seems to be that a 0.5mm pitch is the preferred minimum distance between pads.

Today, almost everyone I visit in the industrial market, whether they’re manufacturing power supplies, battery protection or power tools, has had some interest in either a smaller- or higher-performing load switch (or both).

So if your industrial design features more than a few SOT-23s or larger load switches, consider switching to our new CSD18541F5 MOSFETs. Trust me, your PCB footprint will thank you later.