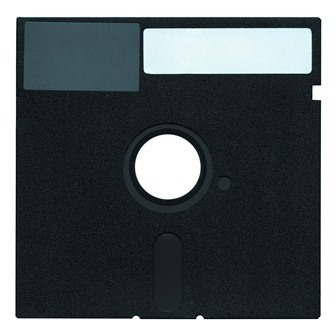 It all started with floppy disks. That should give you some perspective on just how long SIMPLE SWITCHER® devices have been making power supply design as easy as it can possibly be.

In 1990, Germany was reunited; Milli Vanilli was caught lip-syncing; the 49ers beat the Broncos 55-10 to win their fourth Super Bowl; and the SIMPLE SWITCHER team released their first family of wide Vin regulators, along with software that was shipped to customers on floppy disks. Yes, the same kind of floppy disks that we used to slide into our computers to fire  up the green screens  for Oregon Trail. But these disks offered something even greater than the opportunity to shoot slow-moving bears on the virtual prairie before dying of dysentery. For the first time ever, power supply design was simple. The hours spent calculating component values officially became a thing of the past. And loop compensation? Integrated into the device. Amazing. 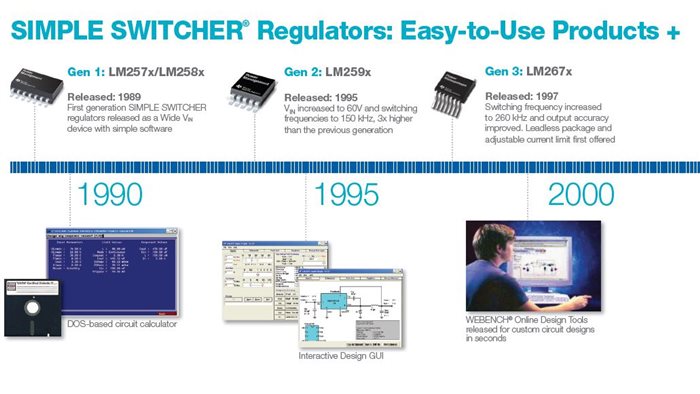 Over the years, pushing the envelope of power supply design moved efficiencies and switching frequencies higher, quiescent currents lower, and solution sizes smaller. On the DC/DC regulator side, this evolution engendered the largest family of pin-compatible wide Vin synchronous bucks known to man in the form of the LM4360x and LM4600x devices.

Even more amazing is the integration of the inductor, first introduced to the industry with SIMPLE SWITCHER devices in 1996 but popularized in the 2010 LMZ1420x power module release. SIMPLE SWITCHER power modules continue to take ease of use into uncharted territory with devices like the 30A LMZ31530, which requires only three external passives and fits in a 205mm2 solution size. How much easier does it get than only having to solder four total components onto a board to create a 30A power supply?

Because with the advent of the World Wide Web, that “simple software” originally shipped on floppy disks morphed into a ground-breaking, powerful online design tool, WEBENCH® Power Designer. Initially released for the SIMPLE SWITCHER portfolio, WEBENCH tools now offer optimized part selection, thermal and electrical simulation, and layout and schematic generation for most of TI’s vast power management portfolio … all at a cost of precisely zero to users. That’s a real value.

In an effort to continue delivering easy-to-use devices with the highest efficiency and smallest solution size, we are celebrating our 25th anniversary by introducing the new 17-V LMZ21700 and LMZ21701 Nano modules. At an integrated-inductor IC size of 3.5mm x 3.5mm and only five external components, the LMZ21701 is the industry’s smallest 1A power-supply solution for a 12V input rail. And how easy is it to design with? As with all SIMPLE SWITCHER devices, the nano modules are 100 percent fully supported in WEBENCH Power Designer and ready to roll, so you can quickly and easily determine the values for those five external passives, simulate to your heart’s content, and download the Altium layout files for the design you just started seven minutes ago. 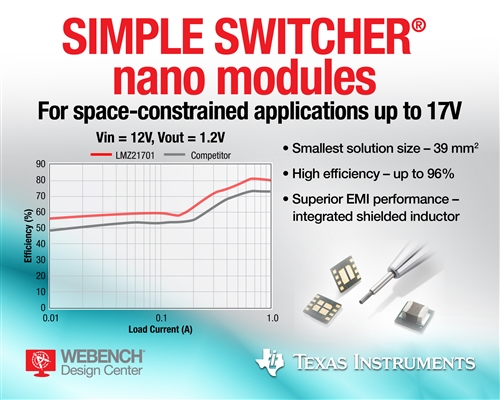 After 25 years, the future has never looked so simple.

Watch a video overview of the new Nano module additions to the SIMPLE SWITCHER module portfolio.

See a demonstration of the latest SIMPLE SWITCHER reference design, a multi-rail power solution based on wide VIN input.