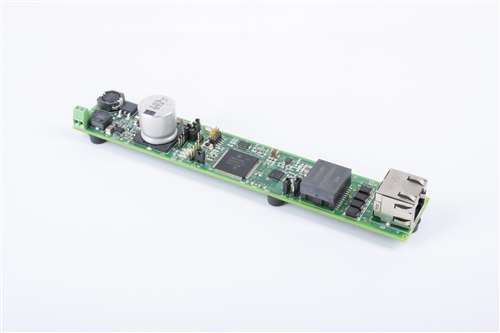 This July will mark six years since the beginning of the journey for IEEE 802.3bt, the IEEE standards project that will standardize 4-pair Power over Ethernet (PoE). I began preparing for the standard when I attended my first IEEE standards meeting in July 2012. The call for interest was held eight months later, in March 2013. A study group worked until November 2013, and the task force has been building the standard ever since.

We’ve done a tremendous amount of work and I am happy to announce that the standard has been approved. In past revisions of the standard, publication has occurred approximately 3-4 months post approval.

The project began with the simple goal of increasing the amount of power delivered from the Power Sourcing Equipment (PSE) to the Powered Device (PD), the device that receives power from an Ethernet cable (IP phone, wireless access point, etc.). As previous PoE standards used only four of the eight conductors in an Ethernet cable to carry DC current, the task force chose to use all eight conductors for 802.3bt.

While I believe many people thought this would lead to an easy and quick standard, several issues required extensive study: how to specify parts of the previous PoE standard to work with all 4-pairs of the cable energized, backwards compatibility with the previous standard, current unbalance between all eight conductors, and four- and two-pair interoperability.

In order to convey how much work putting together a standard is, I wanted to share a few interesting facts. During development, the task force:

Throughout the process I acted as comment editor, a job involving organizing and responding to every comment received on each draft. It turned out to be much more work than I ever could have imagined. Who would have thought that over 5,400 comments would be needed to get the standard ready for publication? But in the end, it was incredibly rewarding and gave me the opportunity to learn the standard in a way that nothing else could.

Our work has resulted in a new standard that creates two new types of PSE and PDs (Type 3 and Type 4), that

For more details about all of these topics and more, read the white paper I coauthored for the Ethernet Alliance, “Overview of 802.3bt – Power over Ethernet standard.”

Concurrently, I have enjoyed managing the TI PoE design team and overseeing the development of five new IEEE 802.3bt-ready solutions including the TPS2373 and TPS2372. The TPS2372 is specifically targeted at applications that value our autoclass feature, such as connected lighting. Both are IEEE 802.3bt ready and come available in two different flavors, a -3 and a -4. These numbers indicate the cost-optimized integrated FET (Type 3 or Type 4).

On the PSE side of the cable, the TPS23880 is sampling and provides static random access memory (SRAM) programmability to ensure a path to compliance once the standard is officially published in September.

From the first call for interest all the way through to providing proven Ethernet Alliance-certified reference designs, TI is dedicated to making your transition to IEEE 802.3bt compliance quick and easy.