When to use load switches in place of discrete MOSFETs

Before people knew about electricity, they used candles for light. While this was a common way to see in the dark, the invention of the light bulb proved to be a better solution.

Much like a candle, the most common approach to switching a load is to use a power MOSFET surrounded by discrete resistors and capacitors (and a bipolar junction transistor (BJT)/second FET for controlling the power MOSFET). But in most cases, using a fully integrated load switch has significant advantages.

Where to find load switches in your system

A typical system involves a power supply and multiple loads that require various load currents such as Bluetooth®, Wi-Fi or processor rails. In most cases, the system must independently control which loads are on, when they are turned on and how quickly they turn on. You can implement this kind of power switching, shown in Figure 1, using a discrete MOSFET circuit or an integrated load switch.

Figure 1: Power switching from one power supply to multiple loads

A discrete MOSFET circuit contains several components to control the turn-on and turn-off of a discrete power MOSFET. You can enable or disable these circuits by using a General-purpose input/output (GPIO) signal from a microcontroller. Figure 2 shows several such circuits.

You can also use load switches to open and close the connection between the power rail and the corresponding load. These integrated devices have several benefits over their discrete counterparts. Figure 3 shows a load switch circuit.

One advantage of using a load switch solution is the reduced number of components and solution size. Load switches are designed to integrate components into packages that can be smaller than even the MOSFETs themselves. Figure 4 compares the size of a PMOS solution with an equivalent load switch. The smaller size of the load switch makes it ideal for even the most space-constrained applications. 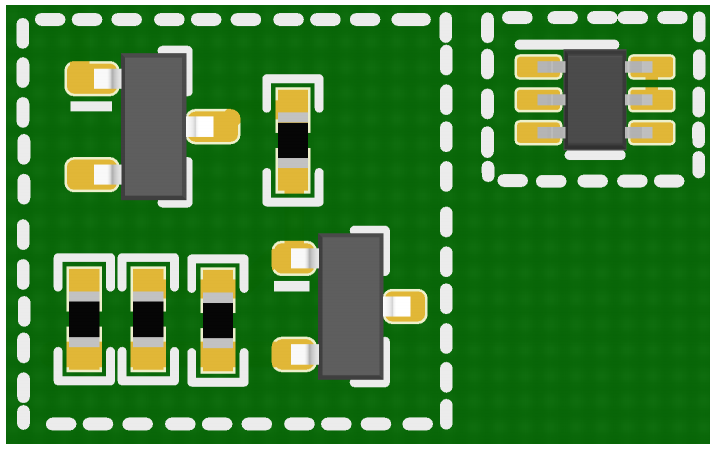 Figure 4: Size comparison between the TPS22919 and an equivalent discrete solution

There are also several features integrated into load switches that you won’t find in discrete circuits. To add reverse current blocking to a discrete solution, you would need an additional MOSFET to create a back-to-back configuration, effectively doubling the solution size. The TPS22916 and TPS22963C are just two examples from TI’s load-switch portfolio that come with this feature already built-in.

Quick output discharge (QOD) is a standard feature in most TI load switches that discharges the output voltage (VOUT) through an internal path to ground when the switch is disabled. Figure 5 illustrates this feature.

Figure 5: An illustration of QOD

QOD provides a known state on the output and ensures that all loads have been discharged and are turned off. Some load switches, such as the TPS22918, offer a QOD pin, which allows engineers to control the strength of the pulldown by using an external resistor.

The TPS22953 and TPS22990 implement a power good feature that can signal when VOUT has charged to 90% of its final value. You can feed this signal to the enable pin of downstream modules so that they will turn on when the voltage rail powers up. You can also use the power good feature for power sequencing, enabling one load switch and having multiple rails come up in a specific order.