25 functions for 25 cents: systems and housekeeping 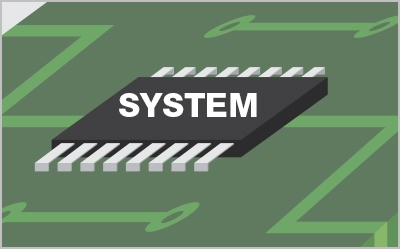 Does your system need more nonvolatile memory? Maybe you’re looking for a low-power keypad or an external watchdog timer? This wide range of applications may seem unrelated, but they can all be realized using cost-effective MSP430™ ferroelectric random access memory (FRAM) microcontrollers (MCUs).

Traditionally, designers implement functions such as electrically erasable programmable read-only memory (EEPROM) or external watchdog timers with dedicated integrated circuits (ICs) that vary significantly in cost, complexity and ease of use. Understanding that similar functionality is possible using MSP430 value line MCUs, TI has introduced a series of system and housekeeping TI TechNotes that describe how to add intelligence to simple functions.

Taking advantage of a programmable MCU instead of a fixed-function IC enables you to add additional functionality and flexibility that is not typically available when using conventional approaches. These TI TechNotes show how to implement a simple MSP430 MCU-based version of these functions:

These functions showcase the MSP430 value line MCU’s versatility and ability to be used in a wide range of applications where an embedded MCU is not typically considered. In addition, the low-power characteristics of the MSP430 MCU can offer a distinct benefit that some traditional ICs lack. For example, let’s take a closer look at the EEPROM emulation function as described in the “EEPROM Emulation Using Low-Memory MSP430 FRAM MCUs” TI TechNote.

The MSP430 MCU’s embedded nonvolatile FRAM can provide electrically erasable nonvolatile storage, consuming only microamperes instead of milliamperes when compared with conventional EEPROMs. This low-cost implementation provides 48 bytes of data storage, which is read-and-write accessible via Serial Peripheral Interface (SPI). Additionally, you can easily scale up the amount of data storage memory by selecting an MSP430 MCU with a larger FRAM memory footprint.

This TechNote describes a great alternative solution for your ultra-low-power nonvolatile memory storage needs. Figure 1 is a block diagram showing the SPI interface and other control signal connections between an MSP430 MCU and a generic host processor.

All system and housekeeping functions detailed in the TechNote series are designed to operate on TI’s lowest-cost MSP430 devices. The code examples provided can fit within the 512-byte-to-4KB memory of MSP430FR2000 and MSP430FR21xx MCUs. These devices are available in a 16-pin thin-shrink small outline package (TSSOP) and a 24-pin very thin quad flat no-lead (VQFN) package. With 1,000-unit suggested resale prices as low as 29 cents (25 cents in higher volumes), these devices enable a programmable alternative to many fixed-function ICs.