Air quality monitors are not new. In fact, we all have one built right in the middle of our faces. Unfortunately, our noses are sometimes unreliable when they fail to detect odorless noxious gases or we’re fast asleep while a fire smolders somewhere close by.

Microcontroller(MCU)-based air quality monitors and smoke detectors have been around for some time too, but now a new generation of low-power, highly integrated, high-performance MCUs are teaming up with super-sensitive sensors to detect the faintest whiff of an unwanted gas or smoke particles in homes, offices, factories and just about anywhere.

For many applications like smoke detectors, these new MCUs are practically a detector-on-a-chip, minus the optics chamber. For other applications that require connection to a specialized sensor to detect a certain gas like carbon monoxide, for example, the high level of integration found in these MCUs makes them an extremely cost-effective solution. 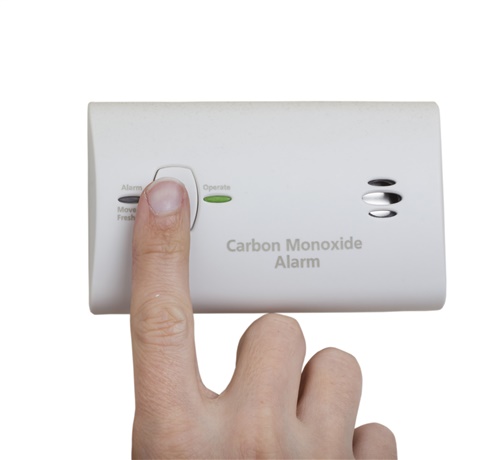 Many MCUs have integrated memory resources, but few feature a unified monolithic memory block that avoids the constraints imposed by ‘RAM and Flash’ architectures. Basing the memory architecture on FRAM (ferroelectric random access memory) gives developers much more flexibility and configurability, simplifying how they might scale applications onto this platform.

For example, instead of having a surplus of Flash memory and not enough RAM, the system designer can configure memory to meet the needs of the application rather than shoehorning the application into a memory architecture dictated by the available memory blocks. Some applications might require more memory space to store extensive data logging to keep track of when the concentration of a gas exceeded certain thresholds. Such a detector might require that more of the available memory be devoted to Flash-equivalent storage and less to RAM for program storage. For other applications, the ratio might be reversed. With a unified memory architecture, the developer can simply reconfigure memory to meet the requirements of the application that’s being worked on at the time.

This on-chip memory flexibility points to another advantage; namely, greater integration and how this reduces bill of material (BOM) costs as well as circuit board space. In addition to eliminating external memory devices, some of this new generation of highly integrated MCUs also includes an external oscillator and analog front-end components such as operational amplifiers. A few of these new MCUs even include a super-sensitive transimpedance amplifier (TIA) capable of monitoring and converting a very low current signal into a voltage signal. As many as six discrete chips could be eliminated from an old design and the size of the circuit board might be reduced by as much as 75 percent. All that adds up to an extremely cost-effective new product design.

Of course, the greater integration also has an effect on the system’s reliability and power consumption. And fewer external parts will simplify assembly, reducing manufacturing costs.

Many residential, industrial and commercial air quality detectors are off the electrical grid and are powered by a small battery such as a coin cell or AA Cells.  So, low power consumption is a high priority because it will affect how often the detector’s battery must be replaced. In most use cases, the longer the battery life, the more beneficial the detector is for users. Homeowners would prefer to install a smoke detector and not have to change the battery for 10 years or more. In industrial settings, such as a production line on a factory floor, a gas monitor could conceivably be installed in a hard-to-reach or hazardous location. Not having to frequently install new batteries can improve the efficiency and throughput of the production line by reducing downtime for maintenance.

Another consideration for certain use cases would be backend communications, since many applications will call for the air quality monitors to be part of a larger factory automation or building maintenance system. Standard I/O interfaces like SPI, I2C and UART can provide connectivity directly to wired networks or to wireless technologies like Wi-Fi® or Bluetooth®.