The world population is 7.8 billion and is on the rise, with an estimate of 10 billion by 2050. The growing population needs basic necessities such as food, clothing and ever-increasing comforts safely and securely. Industry 4.0 technologies today and upcoming Industry 5.0 innovations in smart manufacturing, smart buildings and smart grid can serve these needs.

High-performance multicore processing engines used in Industry 4.0 cloud architectures collect data from thousands of edge sensors and perform sophisticated analytics to manage plant operations. As end-to-end automation increases, the number of sensors and corresponding data that requires managing is also increasing exponentially. A smart factory could have more than 50,000 sensors and generate several petabytes daily; even a standard office building can generate hundreds of gigabytes of data.

The International Data Corp. estimates that by 2022, 40% of data will be stored, managed, analyzed and kept right where it was produced, also known as “at the edge.” The evolution of computing outside the cloud has created a need for compact, precise and connected edge devices. These edge devices have three key requirements: real-time computing, multiprotocol industrial networking capabilities, and web service capabilities deployable in the field. Figure 1 illustrates these requirements in industrial applications. 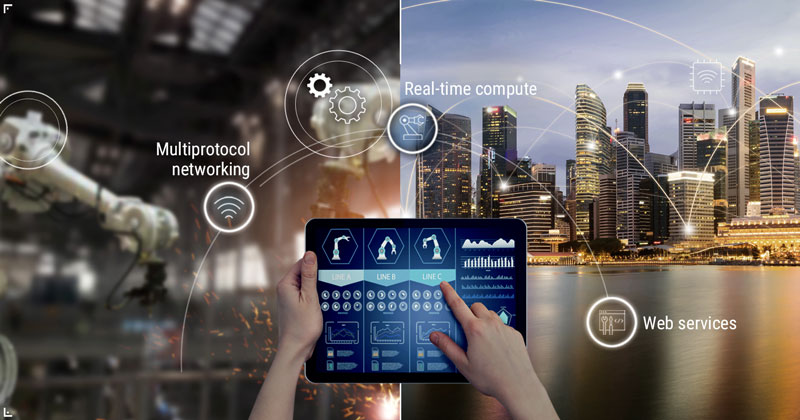 Consider a servo drive like the one in Figure 2 – a basic element of modern automation. Servo drives control the motors in everything from CNC machines, robotics, conveyor belts, warehouse automation and many more. The AM6442 for example, has four high-performance Arm® Cortex®-R5F cores running at up to 800 MHz each, offering a total of 6,400 real-time Dhrystone million instructions per second (DMIPS) and enabling high-precision motor-control loops with cycle times as low as 3 µs and extremely low jitter.

Integrated industrial communications make it possible for this same motor drive to communicate in real time with industrial PLCs or motion controllers using standards such as EtherCAT, Profinet and Ethernet/IP – without requiring additional field-programmable gate arrays (FPGAs) or application-specific integrated circuits (ASICs). You can use the on-chip Cortex-A53 processing cores to run a high-level operating system (OS) like Linux® and offer intelligent services such as remote diagnostics, failure monitoring, vibration monitoring and system configurability to implement on-demand business policies.

A processor that integrates multiple functions is more than 50% smaller than a multichip solution, enabling more compact drive systems. Designed in a 16-nm process, the power consumption of the AM64x – less than 1W to 2 Watts depending on the configuration – simplifies thermal design results in its compact size. 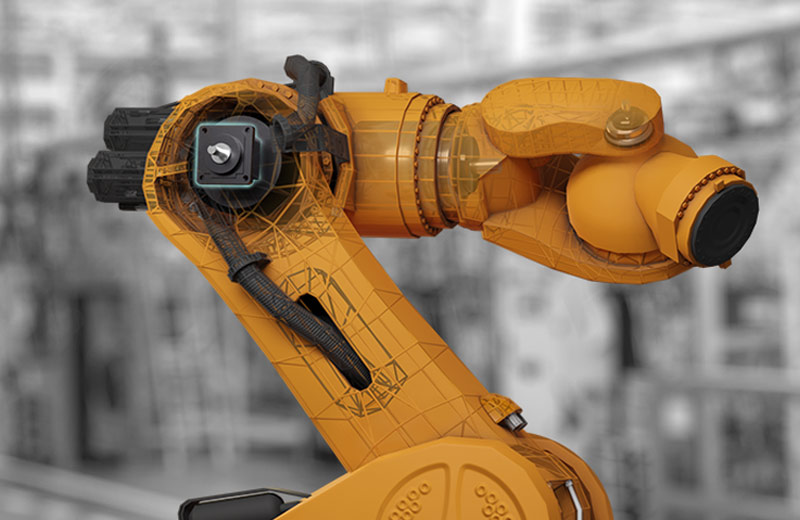 The AM64x family uses Arm Cortex-R5F processing cores (as opposed to other Arm processing cores such as Cortex-M7) to enable multicore capability for embedded systems that require reliability, high availability and low-latency real-time responses. The AM6442 and AM6441’s four Cortex-R5F cores have a total performance of 5,300 real-time DMIPS. The Cortex-R5F includes low-latency interrupt technology that enables the interruption and restarting of long multicycle instructions.

Integrated industrial connectivity is central to the AM64x architecture. Each device features multiple Ethernet ports to support industrial switch implementations such as time-sensitive networking (TSN) up to gigabit speeds, as well as EtherCAT®, PROFINET®, ETHERNET/IP® and others.

The AM64x family also integrates complete software stacks for these protocols, making it easy to design edge devices that seamlessly connect to the factory infrastructure. AM64x protocol support also includes IO-Link Master and acting as a gateway from IO-Link to any of the industrial Ethernet protocols and motor encode position EnDat 2.2 and HIPERFACE DSL®.

Remotely managing devices – drives, sensors and gateways – in Industry 4.0 could be based on predictive maintenance algorithms running in the system, sending alerts to the cloud or infrastructure. The on-chip Cortex-A53 core(s) in the AM64x perform this task without disrupting service.

You can also run a high-level OS such as Linux and a web or application server to implement different business models. Two cores running at 1 GHz each offer enough performance to handle the increasing amount of multiple services without disrupting real-time computing and networking traffic. Linux also enables faster application development, with features continuously added in kernel revisions. The AM64x’s mainline Linux support simplifies code-base conversions from one kernel to the next.

The AM64x family has multiple pin-to-pin compatible devices shown in Table 2. You can start with a lower-featured device and migrate to a higher-performing device as your design needs evolve, while keeping the same printed circuit board design.