How to add capacitive touch capability to cooking ranges 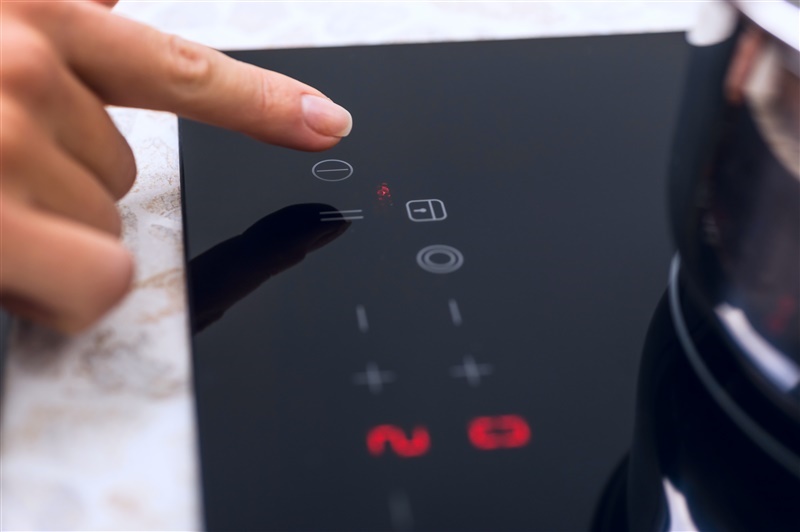 Capacitive touch technology has been rapidly adopted in electronic equipment under the slogan “design meets functionality.” For example, imagine an invisible touch interface that activates backlights as you approach, allowing control elements to become visible.

Many cooking ranges have done away with classic knobs and buttons in favor of capacitive touch, enabling modern design implementations and solving functional challenges that include reliability, usability, environmental influences, design freedom, conformance to odd equipment shapes, manufacturability, price and ease of use.

Cooking ranges present several unique challenges when you add capacitive touch. First, the touch keys are implemented on a flat surface, very close to the working area. Normal operating conditions of these touch keys include:

TI’s CapTIvate™ technology provides tools and functions to address these conditions, as well as the flexibility to easily adapt cooking-range systems to new designs (and their associated challenges).

CapTIvate technology is implemented as a peripheral on certain MSP430™ microcontrollers (MCUs). CapTIvate MCUs are designed in such a way that the capacitive touch operation happens autonomously without major involvement of the central processing unit. The CPU executes application specific tasks after a valid touch or proximity detection like: re-calibration and control haptic, acoustic or visible feedback. This enables the design of a modular touch concept that you can easily reuse in different versions of an application or in a new design independent of the host controller.

The flexibility of CapTIvate technology to easily change configurations and functionality through software modifications minimizes time to market. The technology enables the design of buttons, sliders, wheels and proximity sensors, as well as mutual and capacitive touch technology in the same design.

Avoiding unintended touch operations due to fluids, objects or noise is very critical in cooking ranges. CapTIvate technology provides hardware and software solutions to handle these conditions. In normal operation, only one or two buttons can be touched simultaneously, and only in a defined order. In any other case – like touching multiple buttons at the same time during cleaning, or a person leaning on the touch area – the software detects an undefined touch condition and blocks any activation.

To protect against moisture, consider using a guard channel. A guard channel is a stand-alone electrode tuned to higher sensitivity, surrounding all buttons on the printed circuit board (PCB). This guard will detect any undefined touch event, and software can use this information to prevent false activation.

It is important to simplify the production process and keep the assembly tolerances between the PCB and the glass surface small and constant. In cooking ranges, metal springs or conductive filler material can bridge air gaps between the PCB and overlay. Figures 1 and 2 illustrate the use of metal springs to raise the sensing electrode up from the PCB to the overlay material.

Figure 1: Example of a typical stackup used in cooking ranges

Robustness to electrical noise is a key requirement for this application. MSP430FR2675 and MSP430FR2676 MCUs provide capabilities to simplify the electromagnetic compatibility qualification based on IEC61000-4-3 and IEC61000-4-6 standards.

Find out how CapTIvate technology can revolutionize your HMI applications.