Most modern Internet-of-Things appliances and devices can be monitored, controlled and activated from anywhere in the world. These things generate data regularly, and collectively they account for a massive amount of data. To access information and services quickly and reliably, companies across all sectors are more invested in connectivity, which entails faster, more reliable networks and better encryption and security.

Smart cities have the potential to better people’s lives by bridging the gap between the connected consumer and a connected infrastructure. Imagine a world where you save time getting to your flight because an application in your cellphone let you know of an open parking spot on level 4, or if traffic lights could more dynamically control traffic flow to ease commutes. Imagine if a connected lighting pole in front of your house could communicate with the utility company when the lights go out.

Connectivity is a key part of making this a reality.

Utilities and companies developing products for smart cities have several connectivity options, and the Wi-SUN field area network (FAN) is a good option. Why? Let’s start by considering its reliability.

Most common network topologies are star or mesh (shown in Figure 1); Wi-SUN is a mesh network. 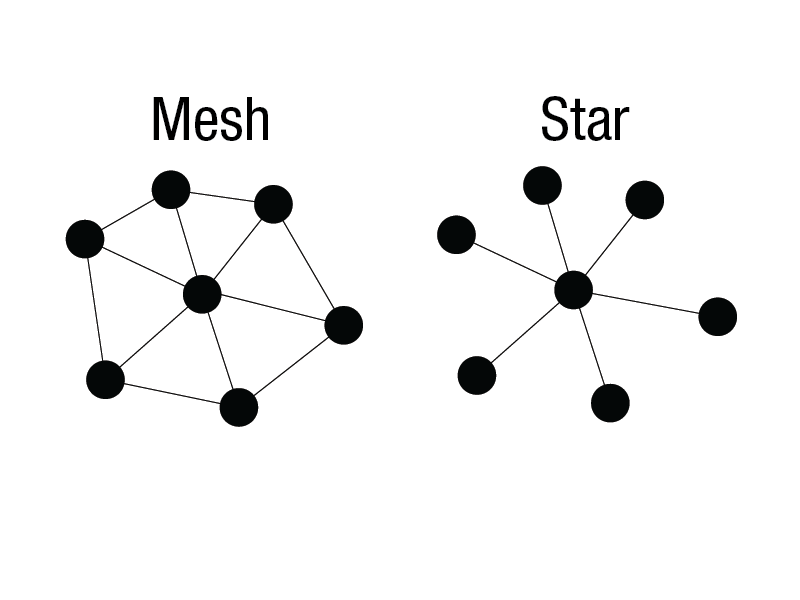 The star topology is simple and easy to configure, having a hierarchical structure, where bridges and switches are normally connected to a small number of end nodes. Because of its structure, it can have a single point of failure, which may cause concerns when a field crew must perform maintenance or replace a malfunctioning device to keep the network up and running.

A mesh topology is not a hierarchical structure, and as such, you can add routers dynamically to the network to extend the range of a node, using self-configuration to connect to other routers. In the event of a router failure, the network will go into “self-healing” mode, during which the routers find another available connection to allow traffic to continue. What does that mean for end users? A more robust network and reduced downtime for the thousands of connected nodes.

Wi-SUN is based on a frequency-hopping scheme, which contributes to its robustness and reliability because it reduces potential packet losses caused by interference from other networks, especially in high-density areas like city downtowns (shown in Figure 2). Frequency hopping also makes it possible to transmit high-output power in Canada and in the Americas, up to +30 dBm. 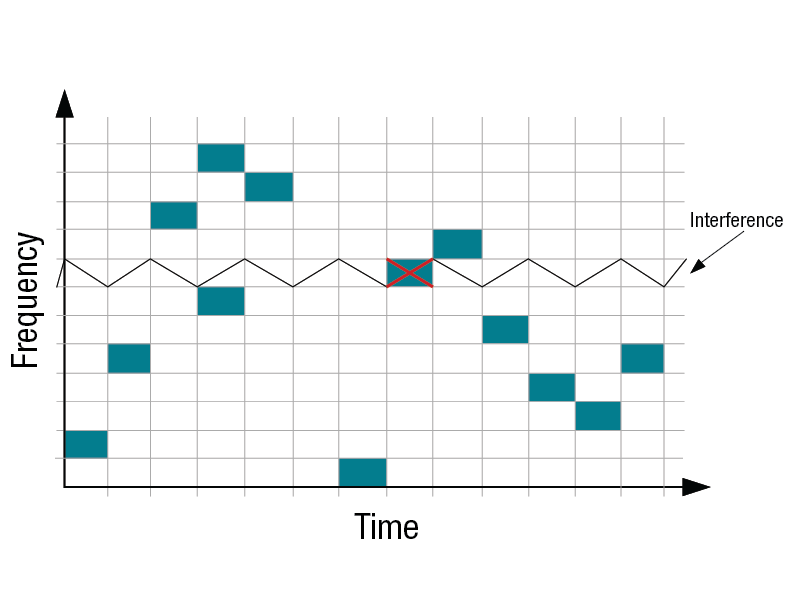 Figure 2: Example of how frequency-hopping can avoid interference

Wi-SUN supports a range of data rates, trading off coverage versus throughput. This enables the Wi-SUN FAN to meet the needs of a wide range of network deployment applications, like electric vehicle charging stations, smart transportation, smart parking, environmental sensors and traffic management (Figure 3). Consider the smart city example – throughput and coverage needs can vary widely among certain applications. Smart meters and smart parking, for example, have a need to transmit different amounts of data. The Wi-SUN FAN can scale as needed to meet these varied demands, enabling the applications illustrated below.

Another concern that Wi-SUN addresses is security. Hackers are sharpening their skills by the minute, and networks must be resilient against potential threats designed to steal data. Wi-SUN has a security profile that uses device certificates authenticated by trusted root certification authorities to prevent unauthorized network access. It also uses cryptoalgorithms such as elliptic curve Diffie-Hellman, elliptic curve digital signature algorithm and Advanced Encryption Standard-128 cipher block chaining-message authentication code to preserve message confidentiality and integrity. This is important when adding new devices to the network and enabling their identification and authentication. Wi-SUN equipment manufacturers can even obtain a cybersecurity certificate indicating compliance with the FAN Technical Profile Specification.

Because Wi-SUN provides scalability reliability, security and high speed, you may be wondering if it is costly. The good news is that Wi-SUN is an open-standard solution, based on the Institute of Electrical and Electronics Engineers (IEEE) 802.15.4g wireless standard. As an open standard, it allows the interoperability of equipment from different manufacturers, which may translate to competitive prices for consumers. To guarantee compatibility, manufacturers must go through a formal certification process, which should give city managers and utility companies peace of mind.

As of this month, there are more than 230 members of the Wi-SUN alliance representing 26 countries, with more than 96 million devices deployed worldwide.

Texas Instruments provides transceivers and network processors that support Wi-SUN FAN 1.0. For example, the low-power and high-performance CC1200 wireless transceiver supports a maximum transmission data rate of 1 Mbps and has a sensitivity of -122 dBm at 1.2 kbps, which translates to high speed and long range. It also meets North American, European and Japanese standards.

For developers looking for a network processor, CC1312R and CC1352P wireless microcontrollers include a 48-MHz Arm® Cortex® M4F, with flash memory (so you can update your firmware over the air) and a cryptoaccelerator for security purposes. Block diagram shown in Figure 5 below. 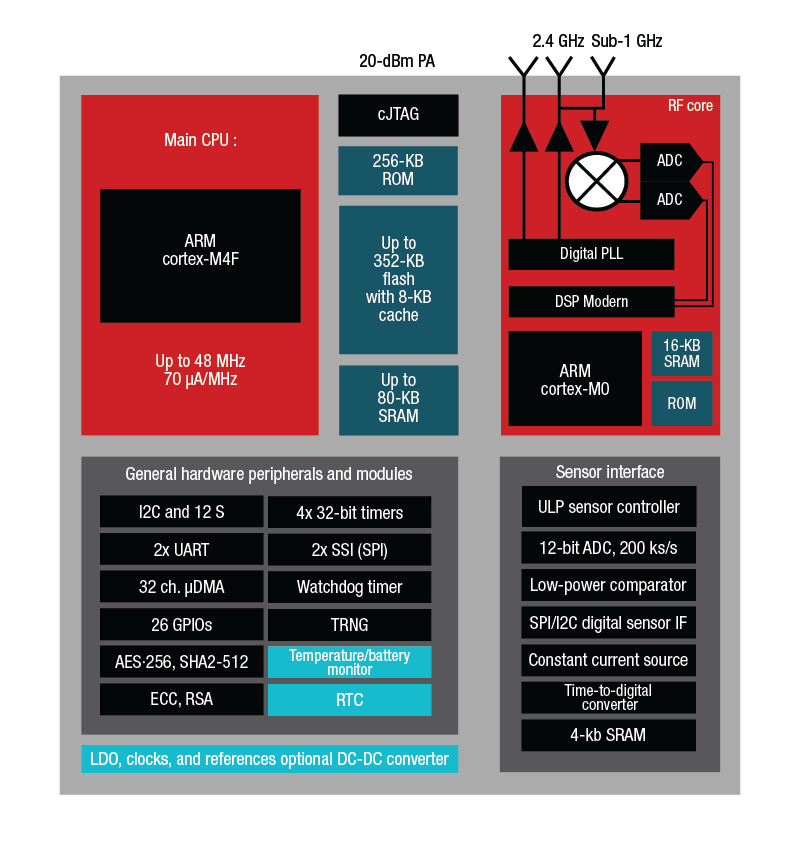