Interface to sensors in seconds with ASC Studio

You probably find it challenging to set up the various components for your designs. Software development can often be daunting in its complexity, and the added effort of figuring out every component in a system can be intimidating when beginning a design. In order to speed time to market and simplify the software development process when interfacing embedded processing components with analog devices, TI developed an approach that uses intuitive graphical configuration tools to quickly and efficiently generate C code called SysConfig.

SysConfig started as a tool to simplify SimpleLink™ microcontroller (MCU) configurations as shown in Figure 1. The tool brings code examples and full Code Composer Studio™ integrated development environment (IDE) projects to life through a graphical user interface (GUI) that displays all possible configurable parameters. Drop-down menus help you quickly optimize the examples to generate code for the MCU, while tools guide you toward a valid configuration and eliminate the need to search through numerous documents and lines of source code trying to figure out how to update a parameter.

Our new Analog Signal Chain Studio (ASC Studio) leverages SysConfig , which can be utilized alone or as an extension of this technology, to go beyond pre-configured boards and support a broader TI analog portfolio. Starting with temperature and humidity sensors, ASC Studio makes it easy to quickly set up an interface to supported TI sensors. The graphical setup and configuration of both analog and digital components in a single development environment accelerates the initial setup and configuration of sensors and controllers and gives you more time to create differentiated applications. By combining components in this tool, the GUI automatically avoids conflicts as it generates code.

ASC Studio’s cloud-based interface generates MCU-agnostic code that is 100% portable, commented and C99-compliant (Note: this link requires an active TI.com login in order to enable continuous access to projects over time). For example, let’s say that you selected the TMP117 ultra-high accuracy temperature sensor. After clicking the Add button and selecting configuration settings from the GUI, you can download the .c and .h files for inclusion in an existing project. Figure 2 shows the view of ASC Studio with configurations for a chosen temperature sensor and software files available. This tool enables integration of TI sensors with any development environment and any MCU. 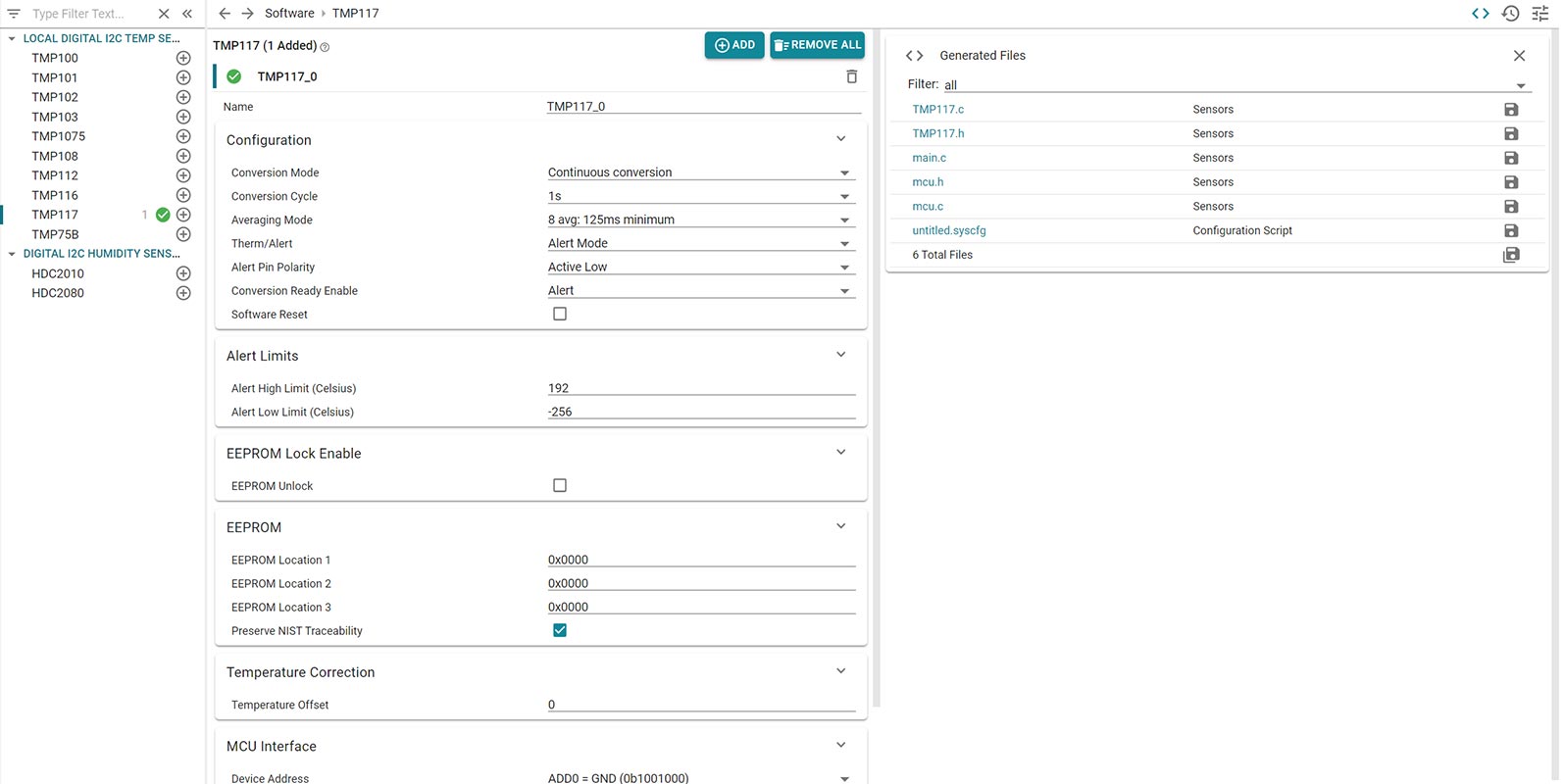 If you are also using a SimpleLink MCU in the Code Composer Studio IDE, ASC Studio and the desktop version of SysConfig enable you to generate projects with code already set up for both the sensor and SimpleLink MCU, and begin analyzing data from the sensors in seconds. Here’s how to begin:

1) Install ASC Studio (can be acquired using Resource Explorer in the IDE). 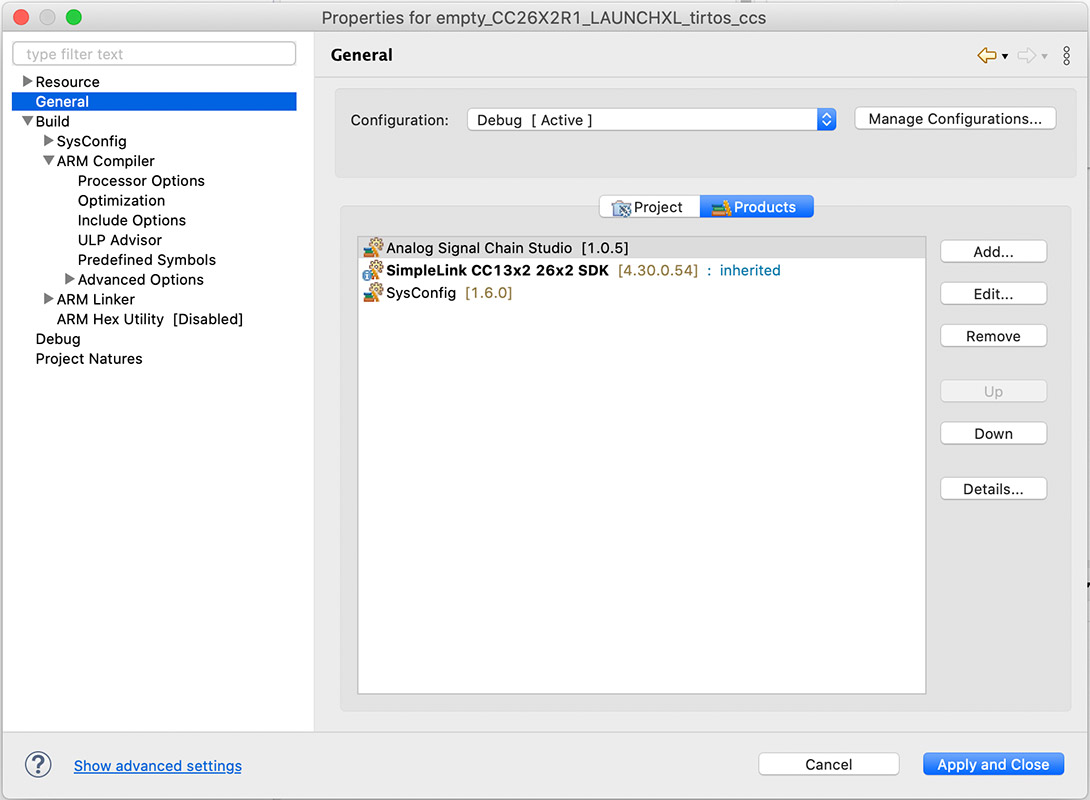 3) Add a sensor to the project:

4) Read data from the sensor:

Along with generating code and creating a sample project, ASC Studio and SysConfig desktop tools also enable quick debugging. The SimpleLink Academy training explains how you can use debugger breakpoints and raw memory displays to check the code, as well as create visualizations to see sensor data running in real time and ensure that the results match your expectations.

TI will continue to add new and existing temperature and humidity sensors to ASC Studio, with plans to include current/voltage/power monitors in the future, enabling you to spend more time on your application and less time with initial setup, interfacing and configuration.