Energia is a TI and community-driven software framework integrated development environment (IDE) that provides Wiring/Arduino-compatible application program interfaces (APIs) to various TI microcontrollers (MCUs), including those found in the newly expanded SimpleLink™ platform. By adopting the Wiring/Arduino framework, you can leverage a large base of community-developed examples and projects with TI MCUs.

The latest version of Energia is now built on top of the SimpleLink software development kit (SDK) and further abstracts peripheral drivers so that they are identical to those found in the Wiring/Arduino framework (digitalWrite, digitalRead and analogRead). 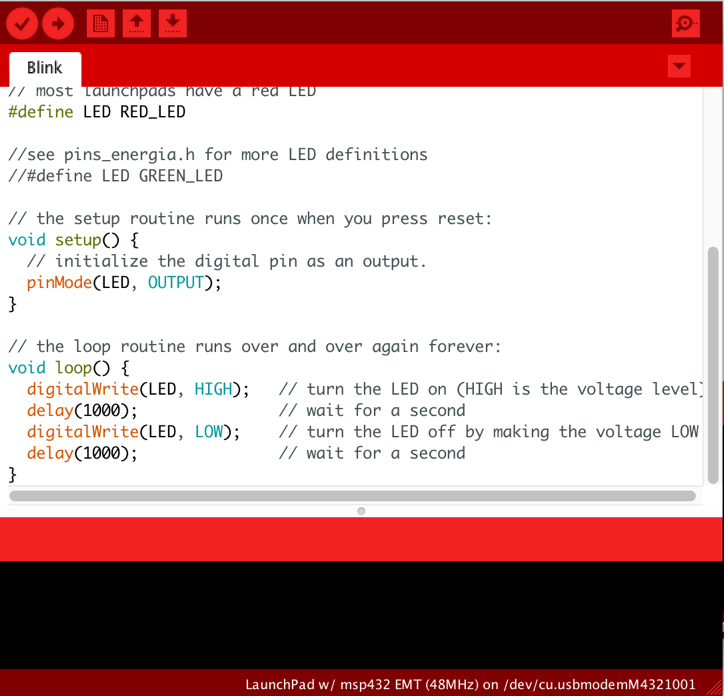 In addition, the SimpleLink platform is able to take advantage of a novel version of Energia called Energia MT. With Energia MT, you can easily create multitasked applications and run multiple Energia sketches in parallel within the same device. This is possible by leveraging the TI-real time operating system (TI-RTOS), which is delivered as part of the SimpleLink SDK, and which Energia is now based on. This approach makes it easier to create more complex applications through multitasking while still taking advantage of the intuitive Arduino-compatible APIs.

You can merge multiple Energia sketches into one project by simply running them in a separate task, then using global variables or RTOS messaging queues/mailboxes to exchange data between those various tasks. Energia MT makes multitasking easy – just create a separate setup() and loop() function for each task you want to instantiate, and Energia MT will handle the required TI-RTOS APIs behind the scenes.

Last but not least, you can take advantage of the various development tools supported by the SimpleLink platform, including the CCS Cloud IDE. This tool facilitates programming with Arduino-compatible APIs using a browser-based IDE, which includes basic debugging functionality. And thanks to the debugging compatibility, you can now set breakpoints, watch variables or dig deeper into your application within CCS Cloud.

To learn more about Energia and download the IDE, visit www.energia.nu.