A year ago, we released our first SimpleLink™ MCU software development kits (SDKs) with 100% application code portability across the industry’s broadest technology portfolio of wired and wireless MCUs.

With each quarterly release, we are committed to protecting your code investment while adding new capabilities to speed development and enable more opportunities for differentiation. Our first quarterly release of 2018 features updated tool-chain support including:

Going forward, we plan to update the major version number in the first quarter of each year (which will often align with tool-chain and other major functionality improvements) and update the minor release number in subsequent quarters. Thus, the version for this 1Q release is 2.10. Our 2Q release will be version 2.20, 3Q will be 2.30 and 4Q will be 2.40. The 1Q 2019 release should be 3.10.

Version 2.10 includes several enhancements to the common components that form the foundation for the SimpleLink SDK. Those include an enhanced network services (NS) component with a set of cross-platform libraries that provide common services related to networking. The components of NS, as shown in Figure 1, include: 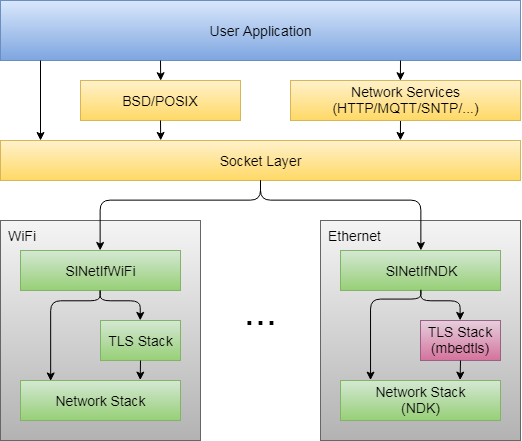 The MQTT library abstracts the underlying intricacies of a MQTT network and gives you intuitive and easy-to-use APIs to implement the MQTT protocol on SimpleLink devices. Examples are included to enable MQTT client connections to a cloud MQTT broker, as well as enabling a local MQTT broker that can serve as a gateway for local MQTT clients. A SimpleLink Academy module demonstrates use of the library.

Beyond connectivity, other new components include a graphics library that is now common across SimpleLink MCU devices. The library supports a number of primitives, shapes and buttons to simplify user interface and display designs. A new nonvolatile storage driver makes system designs with such components easier. FreeRTOS support has also been upgraded to support version 10. 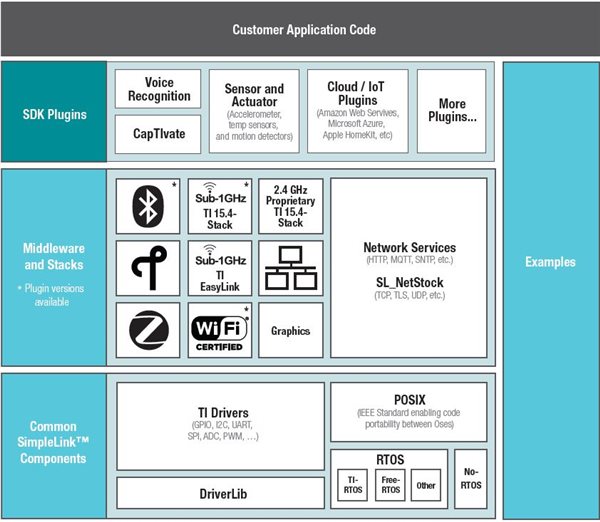 Check out SimpleLink SDK version 2.10 today, and be sure to click the Alert Me button when you download a kit to be notified when each quarterly release is available.