Developers have more flexibility and configuration options than ever with the Bluetooth Special Interest Group’s (SIG) release of version 5.3 of the Bluetooth Core Specification in July 2021. With this release come three updates to Bluetooth® Low Energy that can improve performance, reduce power and cut down on latency for devices. These improvements are relevant for all sorts of Bluetooth Low Energy applications and devices.

Join us as we dive into the details and potential applications of these three changes.

This reduces the delay associated with changing the connection interval because it no longer requires a negotiation between devices. It can now happen dynamically for each connection event.

No. 2 Channel classification from central and peripheral devices improves reliability

The Bluetooth® protocol breaks up the 2.4 GHz frequency band into smaller 2 MHz channels that devices hop across when communicating. Using this spread-spectrum strategy reduces packet collisions and industrial, scientific and medical radio (ISM) band interference because devices change channels frequently using either a semi-random or an ordered sequence. This sequence of channels used is called the channel map.

Previously, the central device decided the channel map by itself. It would scan the different channels in the 2.4 GHz band to inform which channels would be viable for traffic, as depicted in Figure 4. Channels with more traffic would be excluded from the map to reduce the probability of packet collisions.

Since the central device decided the priority, the peripheral device had no say in which channels were being used. As Bluetooth devices can communicate over increasingly longer distances, the channel conditions for the peripheral and the central may diverge. This divergence becomes problematic if the channel map includes channels that do not appear to have significant interference with respect to the central’s location, but do have significant interference with respect to the peripheral’s location, as shown in Figure 5. 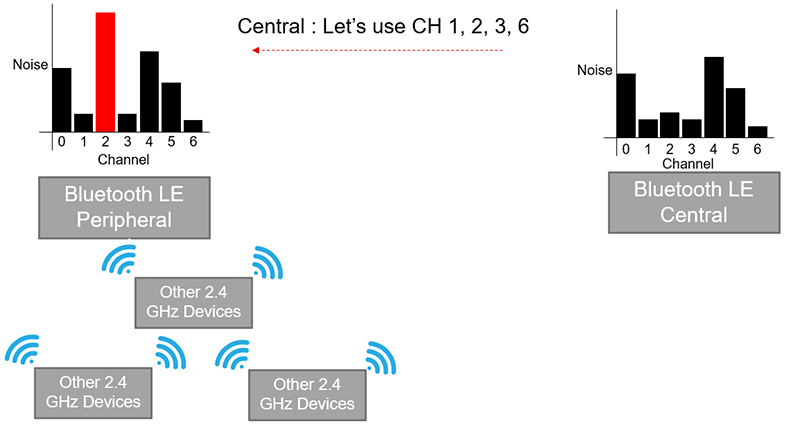 Figure 5 – Before the channel classification enhancement, Channel 2 is noisy to the peripheral, but the central does not know and includes it in the channel map

With the introduction of the coded PHY to Bluetooth LE, the amount of distance Bluetooth LE connections can cover has grown drastically. Take for example electronic shelf-labels. Having just the central device control the channel map makes less sense as tags are placed all over a retail space. Channel conditions may vary greatly from one peripheral’s location to another, but none of that will be reflected in the channel map, which is set by the central alone.

With the new channel classification enhancement, the peripheral can report its channel classifications to the central device to influence the channel map used in the connection between the peripheral and central. This reduces the risk of losing packets when either device is operating in congested environments by ensuring the environmental conditions of both devices are taken into account when setting the channel map. 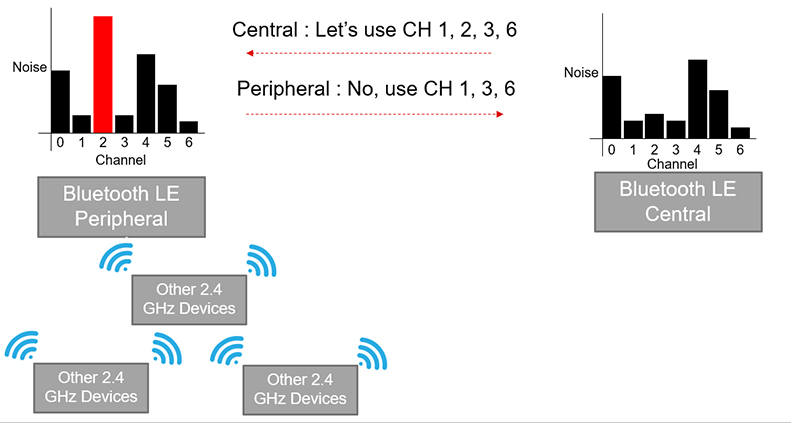 Figure 6 – With the channel classification enhancement, the peripheral can reject the noisy channel 2 from the channel map

Now, in periodic advertising, transmitting devices can include an AdvDataInfo field in the packets they send to allow receiving devices to check whether they’ve already received this packet before. If so, the device stops receiving, which saves power on the radio layer. This practice also lets the device avoid passing the redundant packet it up to the host, too. By filtering what gets passed to the host, low-power devices can conserve more energy by ignoring redundant packets.

This is especially useful for battery powered Bluetooth LE devices that listen to Bluetooth LE beacons, like asset tracking tags. They want to reduce power consumption to as low as possible to preserve battery life, so they cannot afford to waste power processing redundant information. With this update, they will be able to achieve even better energy efficiency than before. 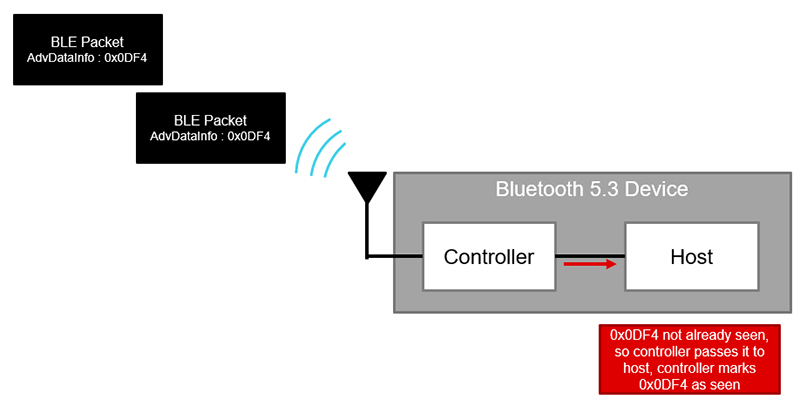 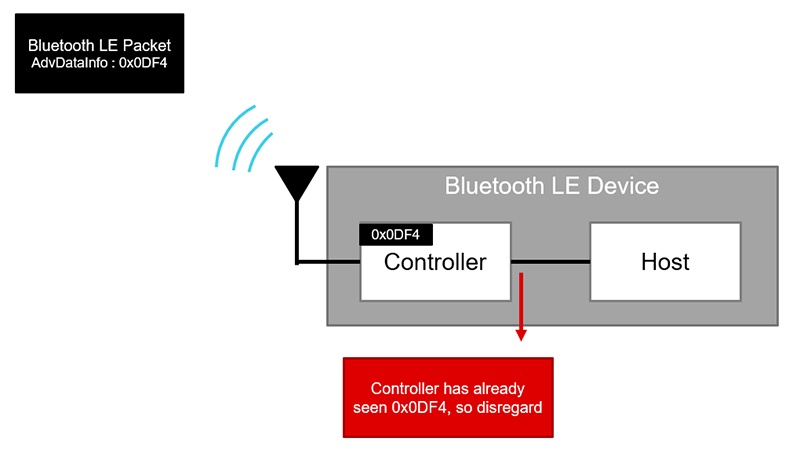 As an associate member of the Bluetooth SIG, TI is able to advocate for the interests of our customers and have a distinct vantage point that helps us stay ahead of innovations. With our products and expertise, we can help you maximize the benefits of Bluetooth Low Energy including: