The future of compiler tools for TI Arm®︎ Cortex®︎-based MCUs 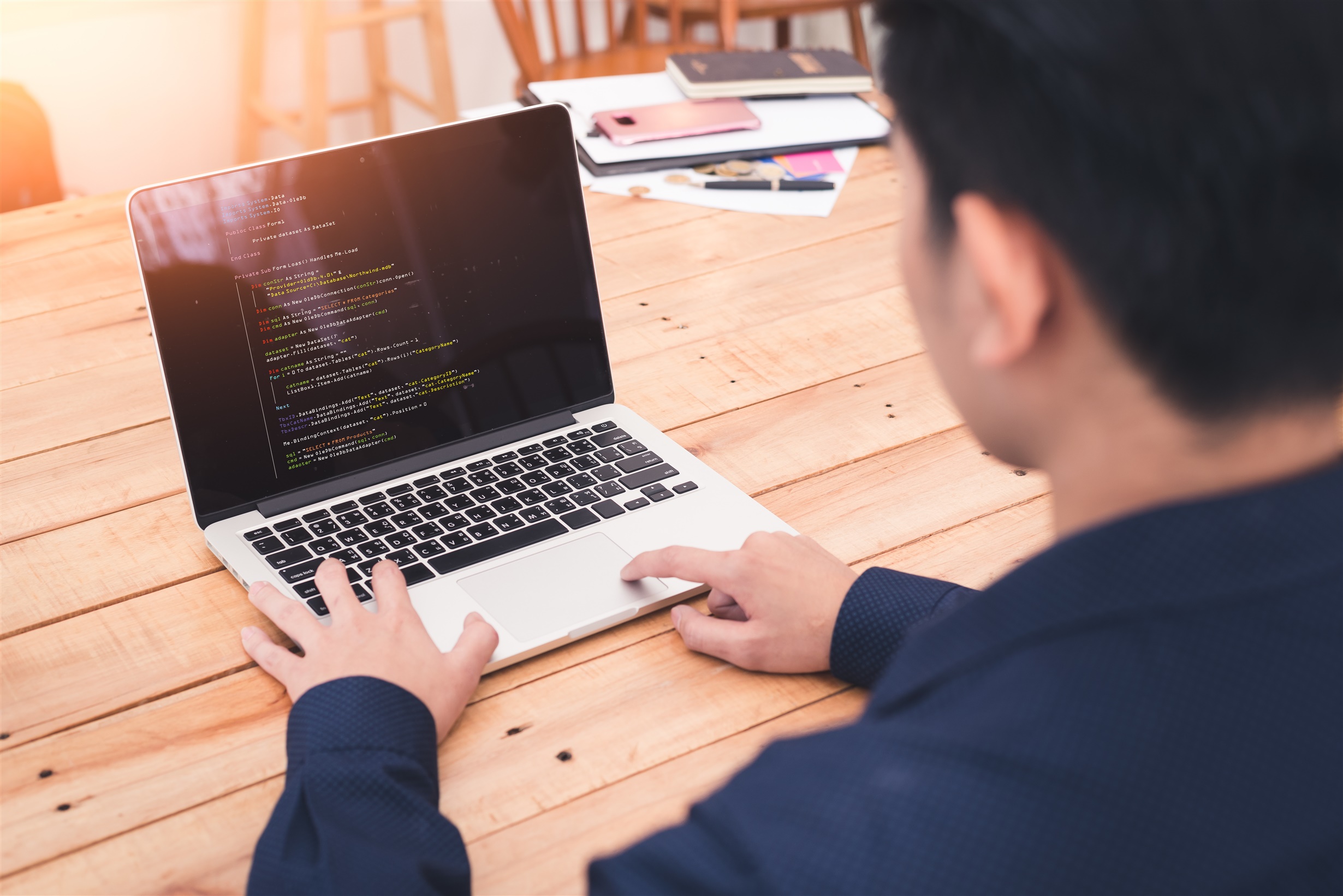 TI Arm Clang is a new set of compiler tools for TI Arm Cortex microcontrollers and represents the future of the TI Arm compiler. This new toolchain is based on the LLVM project and uses Clang as the C/C++ front end.  Ultimately this new toolchain will help customers produce more efficient applications.

LLVM is an open-source project that is a collection of modular and reusable compiler toolchain technologies. In essence, it is an initiative consisting of building blocks for creating compilers.

Clang is a subproject of LLVM and is the C/C++ compiler front end. Both projects have significant momentum, including years of investment from companies like Apple, Arm, Google and Microsoft.

There are a number of advantages of moving to Clang, but the most significant ones are compatibility of software and code size.

Let’s look at compatibility first. There is a huge amount of software available written for use with GCC. To leverage this software, you must use a toolchain compatible with GCC extensions. This leads many people to select GCC as their toolchain. Unfortunately, the side effect of this is that GCC does not produce very efficient code, which means that your application is slower and larger (uses more memory).

For the TI Arm Clang solution, we have combined the Clang front end and LLVM optimizer with proprietary technology, such as our linker and optimized C runtime library, to deliver optimal code size and minimize runtime footprints. This enables a toolchain that is both compatible with GCC and produces efficient code. Figure 1 illustrates how Clang, the LLVM optimizer, and the TI linker and C runtime library fit together. 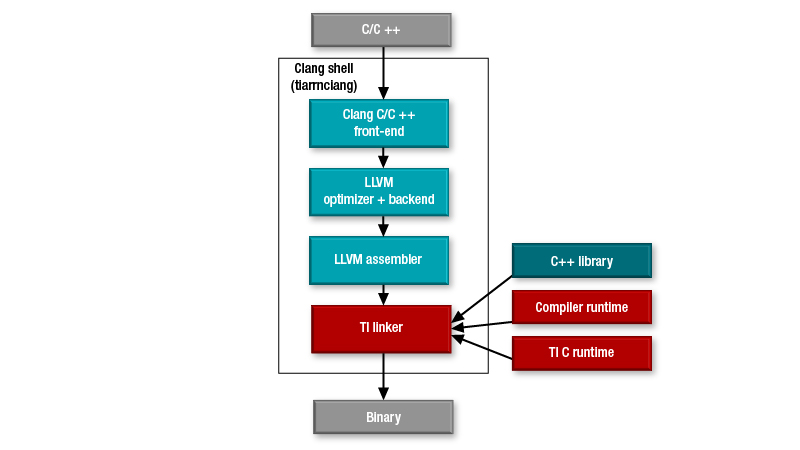 The importance of code size

Producing compact efficient code is critical for microcontroller (MCU) applications. Because devices are typically memory-constrained, it can be challenging to fit your application into available memory, leading to trade-offs or having no choice but to select a more expensive device with more memory.

Although the TI Arm Clang toolchain is still new and constantly improving, it is already producing very efficient code. Figure 2 measures the code size of a selection of software stacks (CoreSDK [real-time operating system and drivers], OpenThread, and IEEE 802.15.4g) that are part of the software development kits (SDKs) for SimpleLink™ MCUs. The figure then compares the code size produced by TI Arm Clang (tiarmclang) to GCC and the previous TI Arm compiler (armcl).

As you can see from the figure, the TI Arm Clang toolchain produces more compact code. For the CoreSDK, TI Arm Clang code is 5% smaller than GCC and 3.5% smaller than armcl. These percentages may seem minor, but they can make a difference if your application is going to fit into memory. Beyond this, there are a number of improvements that TI plans to make to TI Arm Clang in 2021 that will have a significant effect on code size.

Having a new compiler is great, but a compiler is only useful if it is also supported by the software that you want to use. TI Arm Clang is compatible with code written for GCC, and it is supported by the latest Software Development Kits (SDKs) for CC3220, CC3230, CC3235, CC1312, CC1352, CC2642 and CC2652. The SDKs include example projects for TI Arm Clang in addition to previous compiler support. Whether you are looking to develop Wi-Fi®, Bluetooth® Low Energy, Zigbee or 15.4 applications, you can use TI Arm Clang today.

By leveraging Clang, TI also takes advantage of support for current C and C++ language standards such as C++14 and C11, enabling you to take advantage of the latest language features in your application.

For current users of armcl, porting code or projects to TI Arm Clang is a smooth, simple process. One thing that aids in porting is that TI Arm Clang uses same TI linker as the armcl; therefore, there is no need to modify the linker command file.

TI will continue to provide bug fixes for armcl. We will not introduce new features, but there will be regular maintenance releases for bug fixes. Each TI device family has its own timeline for supporting TI Arm Clang.

Historically, designers had to choose between software compatibility and an efficient compiler. With the new TI Arm Clang toolchain, you get both in a single toolchain. You can now leverage source code written for GCC and keep your code base portable, while also taking advantage of a compiler that produces efficient code.

TI Arm Clang is available for download today. Alternately, when downloading a compatible SDK from Resource Explorer within the Code Composer Studio™ integrated development environment, you also have the option to download the toolchain.