Thinking that capacitive touch is too expensive or complicated to include in your product? Think again

What is the first thing that comes to mind when you hear the phrase “capacitive touch”? I’d be willing to bet that the first thing that popped into your head was a touch screen. You may have thought about your smartphone, that tablet computer you wish you had, or a fancy infotainment system in a new car. You’d be right on all accounts, but what you would be missing are the many products you use every day that also implement capacitive touch – just in a simplified way.

The same technology used to implement a capacitive touch screen in a smartphone is trickling down into other products such as new home appliances, electronic locks and music players. Why? It’s really quite simple. In today’s marketplace, a product’s aesthetic quality has become more important than ever. Long gone are the days of beige-colored computers and corded telephones. Capacitive touch creates freedom for designers and marketing professionals to rethink a product’s user interface, shape and mechanical construction, and improve both aesthetics and functionality.

Figure 1 shows an example of a thermostat with a simple capacitive touch interface. Because there’s no need for mechanical buttons, the front of the thermostat can be completely seamless, with no moving parts or cutouts for push-buttons. Taking out the moving parts and using a one-piece enclosure can improve long-term reliability and electrostatic discharge (ESD) tolerance, respectively. 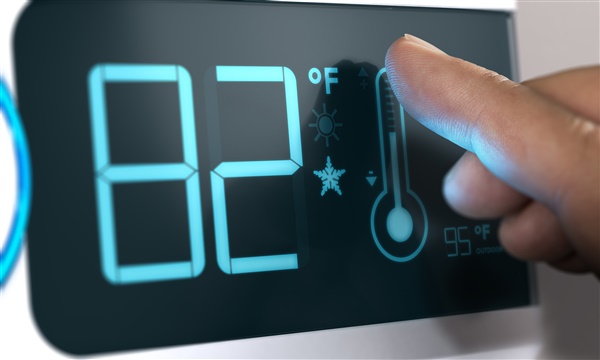 Swapping out a mechanical switch or push-button for a capacitive touch button has not always been a trouble-free process. There are increased up-front software development and qualification costs, as well as recurring integrated circuit (IC) costs. To address these limitations and increase adoption of capacitive touch buttons, TI launched its CapTIvate™ touch technology and development ecosystem in 2015. CapTIvate technology lowers software development costs and reduces time to market for designers, thanks to the CapTIvate Design Center drag-and-drop sensor creation environment with built-in visualization tools, tuning tools, data logging, documentation and source-code generation.

The ability to get started without having to write a line of code or become an expert in capacitive sensing has removed the upfront development cost barrier. However, adding a touch sensing microcontroller (MCU) has still been cost-prohibitive for a simple product with just a few buttons. If you’re designing a simple product with only one or two buttons, you may have had a hard time justifying the added expense of touch sensing.

Now, TI is removing the IC cost barrier by expanding the CapTIvate touch sensing MCU portfolio to include MSP430FR2512 and MSP430FR2522 touch sensing MCUs. The MSP430FR2512 MCU can support as many as four capacitive touch buttons. It’s a good fit for products with simple user interfaces such as elevator call buttons, computer monitors and TVs. If you need more than four buttons for something like a wireless speaker or electronic access control product, the MSP430FR2522 MCU supports up to eight self-capacitance buttons or 16 mutual capacitance buttons. The MSP430™ CapTIvate Touch Keypad BoosterPack makes development with the MSP430FR2522 a snap. 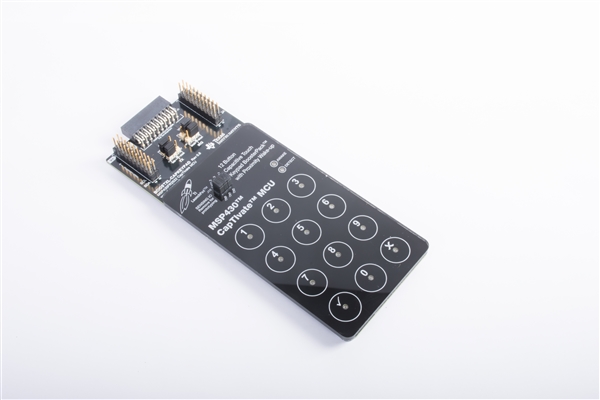 The new MSP430FR2512 and MSP430FR2522 MCUs have the same differentiating capacitive sensing performance as the rest of the CapTIvate portfolio, just in a smaller package and at an appealing price point.