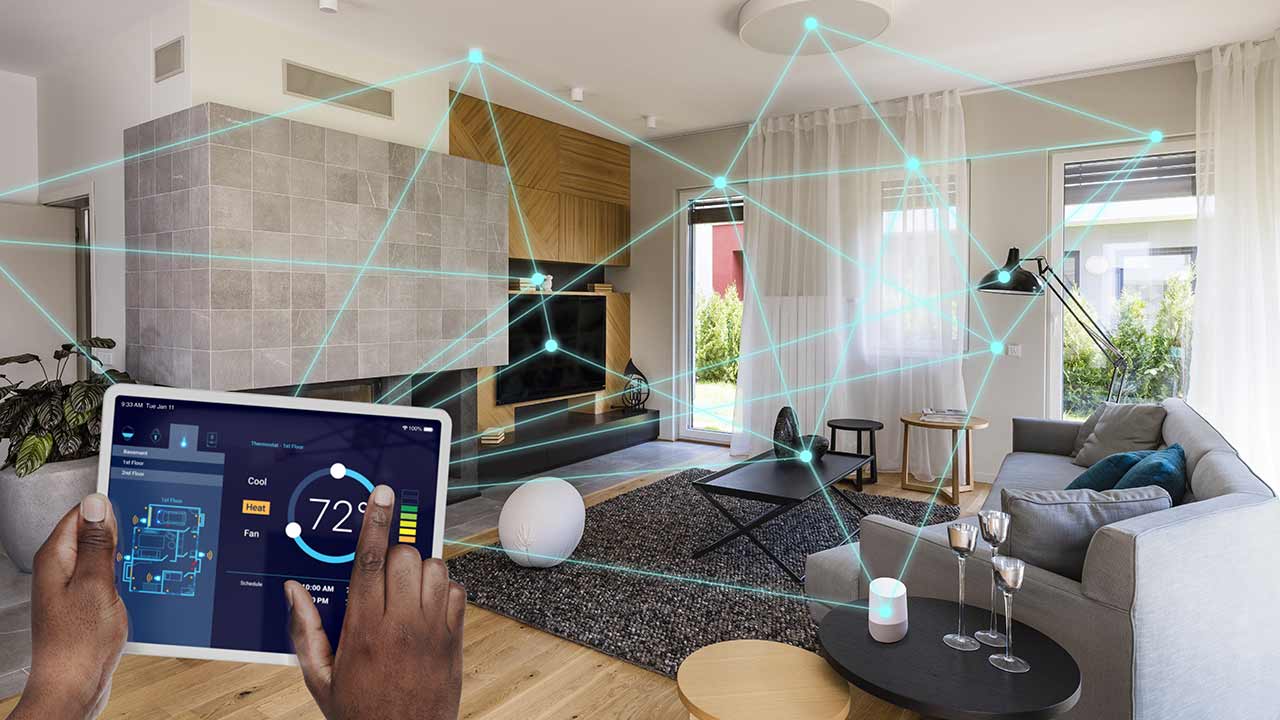 While the promise of an interconnected and controllable home feels within our grasp, ecosystem fragmentation is the result of the rapid growth of the home automation market and the sheer number of manufacturers. But while increased competition is beneficial for consumer choice and device innovation, it has led to fragmentation.

Fortunately, the new Matter protocol helps resolve the interoperability challenges and connect smart home devices, regardless of the ecosystems in which they operate. Developed within the Connectivity Standards Alliance, this royalty-free connectivity standard runs on Thread and Wi-Fi® network layers and uses Bluetooth® Low Energy for commissioning. This article explores how Matter will transform connectivity in the home automation market by capitalizing on two key design trends: streamlining the consumer experience through interoperability and simplifying development of connected applications.

With Matter, consumers will benefit from a unified protocol. For example, a smart lightbulb and lock will work seamlessly with each other, even if they’re different brands; they’ll also work with a smart hub from a third brand. Recognizing the importance of interoperability, the alliance integrated three technologies in its first release of the standard (Matter specification 1.0) – Thread, Wi-Fi and Ethernet – with a common application layer. Devices based on these three technologies will be able to seamlessly communicate without the need for manufacturers to write proprietary software on the gateway to bridge between the technologies and their individual application layers. Additionally, Matter specification 1.0 also defines a bridge feature that allows applications using other connectivity technologies to bridge to connected applications in Matter-enabled ecosystems.

Major ecosystems such as Apple, Google, Amazon and Samsung have indicated support for Matter, which will help reduce or remove ecosystem-specific requirements for smart devices. In the future, consumers can look for a Matter logo and have confidence, regardless of the ecosystem, that their new Matter-enabled smart devices (obtained after passing Matter certification requirements) will work in their smart home ecosystem. The video "Matter protocol on TI wireless MCUs" shows how Matter-enabled devices with TI SimpleLink wireless MCUs enable interoperability across brands.

From a manufacturer’s perspective, Matter helps ensure longevity and reliability of the stack for its implementations. Manufacturers of smart home devices can accelerate their development by leveraging this technology for communication and have more time developing their specific application to enhance the consumer experience. Not only does Matter accelerate development, but it also maintains low-power capabilities and increased security.

Supported by more than 500 members in the alliance, including TI, Matter has significant backing in unifying smart home ecosystems. Now that developers have a common open-source protocol, they can quickly develop their end products and trust that they will interoperate between numerous manufacturers.

Matter is not just another home automation protocol. It is a standard that has the potential to bring significant transformation to the home automation space by enabling well-established standards to seamlessly work with each other, removing ecosystem barriers and providing a foundation for the future of home automation standardization.