Oil companies use high-tech radios to automate production sites in cool new ways. Competition in oil production can get pretty ugly, especially when the price of oil is low, as it has been for the past several years. To stay competitive against big players, smaller regional oil and gas companies are turning to well-pad automation practices to keep their costs low and their production reliable and steady.

What is well-pad automation, you ask? Well, to put it simply, it’s the deployment of technology that monitors, measures and manages the production and storage of oil and gas at a well site or storage tank in real time. This technology includes sensors that measure pressure, temperature, flow, level and all sorts of other things that all need to work together in order for a well to produce, store or transport its product.

Once these sensors are deployed, the next step is to add intelligence to automate certain functions that would otherwise require human intervention. Programmable logic controllers (PLCs) and remote terminal units (RTUs) are simple computing devices that automatically take action when certain conditions occur on the pad.

But you thought this blog post was about fancy new high-tech radios – it is! Here’s where they come into the picture. Older radios transported sensor information from the well pad to an operations team, where they viewed the information and decided whether or not to take action. These radios generally transmitted at very low bandwidths (115Kbps-400Kbps), which severely limited the type and amount of data that could be transmitted. This limitation in many cases prevented companies from being able to take advantage of new automation technologies (like smart sensors and devices) that require more bandwidth.

Today, companies like FreeWave Technology Inc. are leveraging technologies like TI’s SimpleLink™ Sub-1 GHz CC1310 wireless microcontroller (MCU) radio chipset as part of a new radio infrastructure that delivers much higher data rates. By combining the microcontroller, a highly optimized radio and an ARM® Cortex®-M3 48MHz application processor into one rugged, industrial-grade, low-power offering, well-pad automation can make a huge leap forward. These radio appliances can deliver data rates as high as 3.7Mbps over 20 miles in some cases, enabling oil producers to deploy more sensors and technologies that improve safety and operational efficiencies and reduce costs. Figure 1 below shows a picture of the FreeWave ZumLink Z9-PE IIoT Programmable Radio (IPR) with 512 MB of RAM and 1 GB of Flash. This device also runs third party and custom industrial applications.

Another cool thing about these radio appliances is that they are programmable. They come with an integrated circuit board (shown in Figure 2 below) equipped with an ARM processor; 512MB of RAM; 1GB of flash storage; and a Linux kernel with support for Python, Java, If This Then That (IFTTT) and many other programming languages. 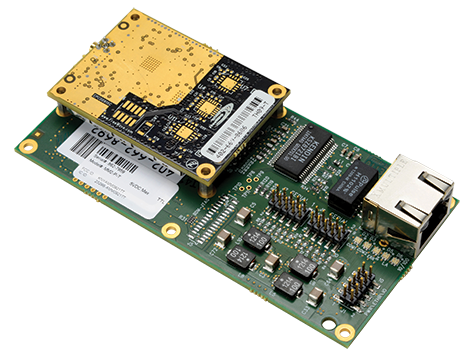 To learn more, feel free to check out the ZumLink IPR product page. More information on other products within the SimpleLink MCU platform is also available here.