When green meets the IoT

To ease the pressure on embedded system designers, several new microcontrollers (MCU) such as TI’s MSP430FR2311 MCU are being integrated with all of the building blocks needed to be a low-power power monitoring system. A very versatile analog front end comprised of several standard operational amplifiers and what is rarely found included on a MCU, a super-sensitive low-current transimpedance amplifier (TIA), are integrated with an analog-to-digital converter (ADC), highly configurable ferroelectric random access memory (FRAM), and even an oscillator to provide a flexible platform for a wide variety of power monitoring applications.

Small embedded devices with power monitoring requirements are already popping all over the IoT. Just one example is the wireless switches which control a light in a room, a bank of lights in an office or a large industrial space. Such switches must consume little power on their own, since some will be battery operated. And in addition to turning light fixtures on and off, some wireless switches will be asked to keep track of the power consumed by the lights scaling back the power or example, for the lights to stay within a certain power budget, or in combination with a motion sensor or turning off the lights entirely when the space is unoccupied. The permutations are practically endless. 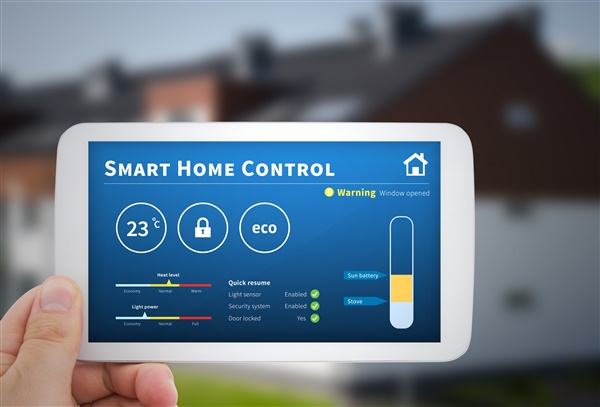 A highly integrated MCU consumes less power and has reduced space requirements, making its embedding into a small light switch that much easier while also reducing the bill of materials (BOM) costs by eliminating discrete devices from the design. With on-chip op amplifiers, an ADC and a digital processor, the MCU can monitor an analog current, convert this into a digital signal and process it all inside one device. Plus, an integrated crystal lowers the MCU’s standby power consumption to as low as 170 microAmps while maintaining a speedy wake-up response of less than 10 microseconds. And, with one block of FRAM instead of the typical combination of RAM and Flash, designers have the flexibility to decide how much storage space to allocate to code and how much to data logging. The designer decides, not the resources on the MCU.

A major emphasis of the green movement is power consumption ratings like the U.S. government’s Energy Star ratings, which are prominently associated with all sort of appliances and office machines such as ink jet and laser printers. A highly integrated power monitoring MCU could act as a housekeeping processor over the power subsystem in a larger system, such as a printer, for example, to ensure a favorable power consumption rating. A low-power MCU would not consume much power on its own and it could monitor the current flowing into the printer. When the printer is not in use, the power-monitoring MCU would notify the system’s main microprocessor, which could either gradually shut down nonessential sections of the system or just shut down the system entirely to reduce power consumption.

Since they deliver the performance and capabilities prized by a wide range of market segments and meet the needs of the major trends that are driving marketplace demand, MCUs like the MSP430FR2311 MCU will be a good fit for many applications for years to come.

Follow along with our other blog posts related to MSP430FR2311 MCUs: