With capacitive touch, liquid is no longer kryptonite to keypads

It’s no secret liquid and electronics don’t mix, and companies today are spending millions of dollars each year to “water proof” their products. Liquid damage can cause a device to degrade, malfunction or stop working entirely and no amount of hot air or rice can bring it back to life.

The Ingress Protection (IP) code rating system ensures that you know the level at which devices are sealed from the elements. An IPX2-rated product may withstand minor moisture, whereas IPX3 may withstand droplets. An IPX4 rating indicates that the product can tolerate water splashing from any direction, while an IPX5 rating signifies tolerance from streams of water coming from multiple directions. If something has a water-only rating, you write it as IPX; the X acts as a placeholder, since there is no particle rating.

Whether a product is completely submerged or sustains just a couple of drops, receiving the correct IPX rating is important to know the reliability of a device when encountering liquid.

Mechanical push-buttons have drawbacks in products that might be exposed to liquid damage. Water might seep through the mechanical button cutouts to the internals, or there may be extra manufacturing costs to seal the buttons against liquid entering.

Capacitive touch buttons, like those found on many of today’s smart speakers and smart watches, are a more reliable solution. The Liquid Tolerant Capacitive Touch Keypad Reference Design, shown in Figure 1, works properly (no false detections and accurate button-touch detection) with bare fingers under IPX5 water resistance rating conditions. The keypad in this reference design was developed using an MSP430FR2633 CapTIvate™ microcontroller (MCU), which has integrated capacitive touch technology.

The keypad detects a capacitive touch event and provides audio feedback through a “beep” and visual feedback through LEDs. As demonstrated in Figure 2 and the video above, the keypad maintains proper operation even in the presence of running water. If your product operates in an outdoor environment and is exposed to elements such as rain, MSP430™ MCUs with CapTIvate technology can be a reliable and sleek alternative to mechanical buttons. 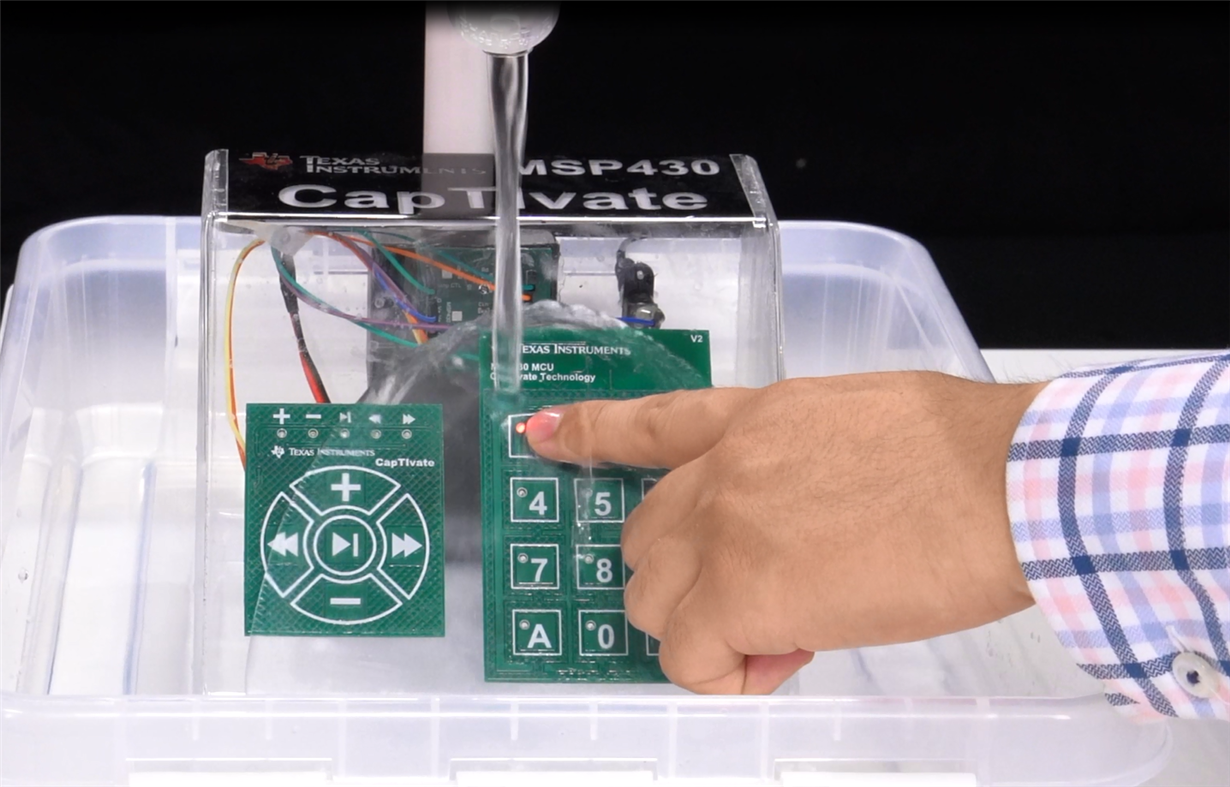