This version of CodeControl doesn't have an option for I2C Audio Source , NOT the SPDIF ,  that we're planning to use via the 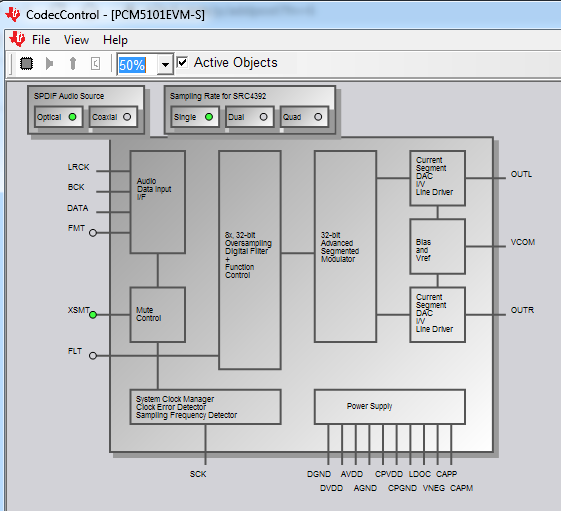