I want to use the Biquad Filter Design Tool in the  PurePath Studio. I choosed Equalizer(Q factor) and other factors as shown in Fig.1. And then it produced a frequency responce graph  as shown in Fig.2. I wan to know the functional relationship about the X-axis(frequency) and Y-axis(Gain) . Is there someways? 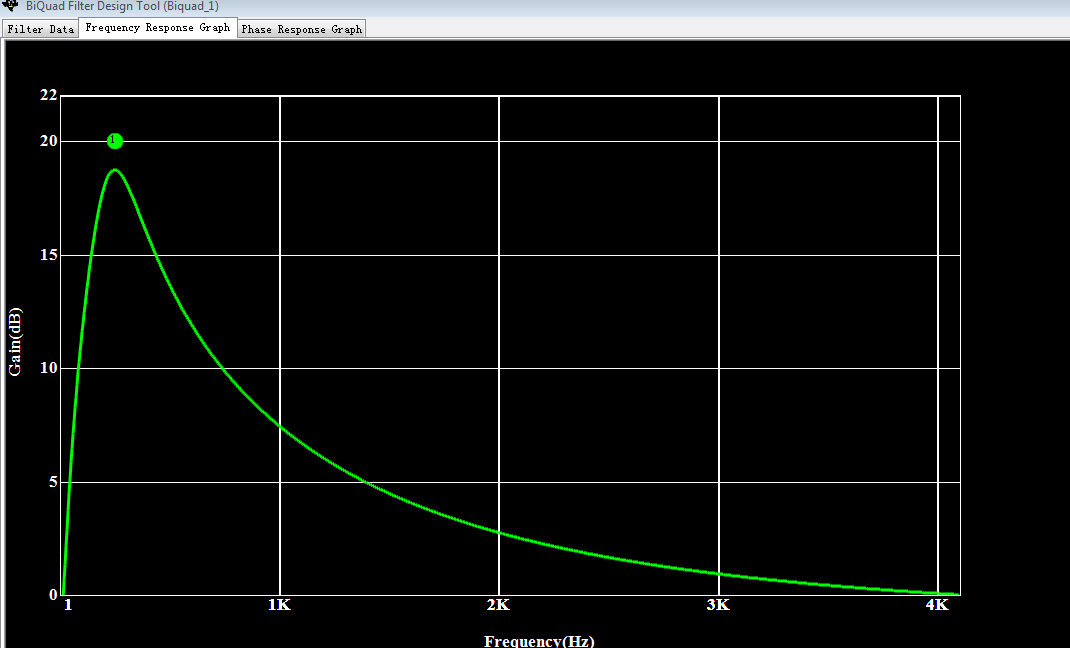