I've been noticing a fair amount of low frequency noise coming from this chip, which is in the A/D section of a presonus audio interface I recently overhauled. In the image below, there's that spike that looks to be near-DC, around 5Hz—all eight channels are doing this (there are two PCM4204s in this circuit), the peak of this spikes randomly fluctuating between -90dB and -60dB. This is not in the audible range, obviously, but it seems to suggest some problem with PSU stability, or de-coupling. One of the things I modified was the de-coupling capacitors in the converter section, which were largely undersized (10uF tantalum). I replaced with 560uF organic poylmer caps, which I had to solder directly to the SMD pads.

Thanks for your guidance! 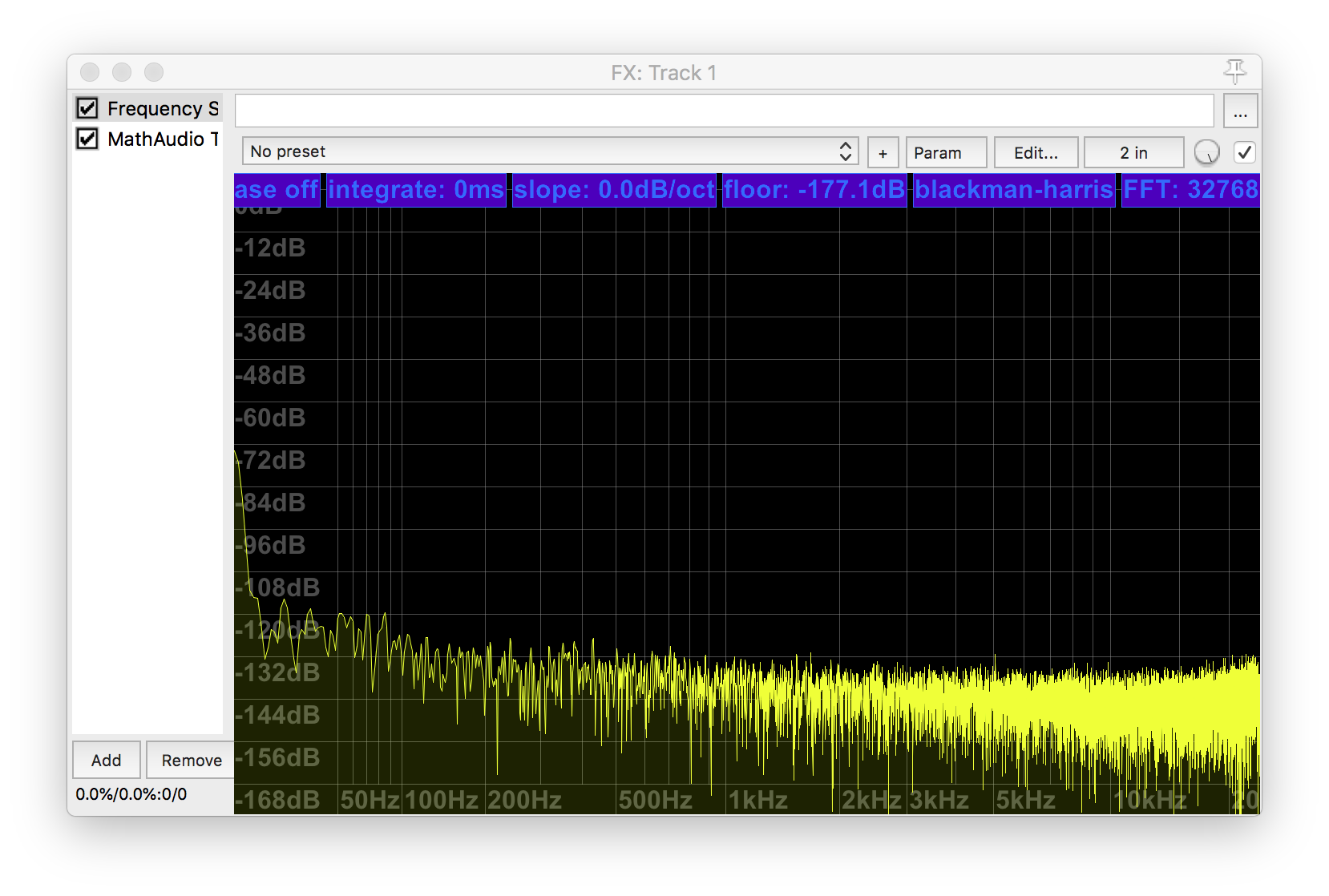