I am developing an audio application initially using a CC3220SF-LAUNCHXL launchpad with a CC3200AUDBOOST booster pack. I need VOX functionality so have created a process flow to provide this in PurePath Studio.

I have created a process flow and tested it successfully on a TLV320AIC3254EVM-K development board.

I have then taken the contents of the header file created by PurePath Studio and tried to incorporate it into the i2secho example included in the CC3220SF SDK as per the instructions in https://www.ti.com/lit/an/slaa605a/slaa605a.pdf , however I get no audio except for a few clicks at startup.

This is the process flow I have created. The only part I actually need for production is the path from left input to left i2s output, the other elements are for test purposes only. 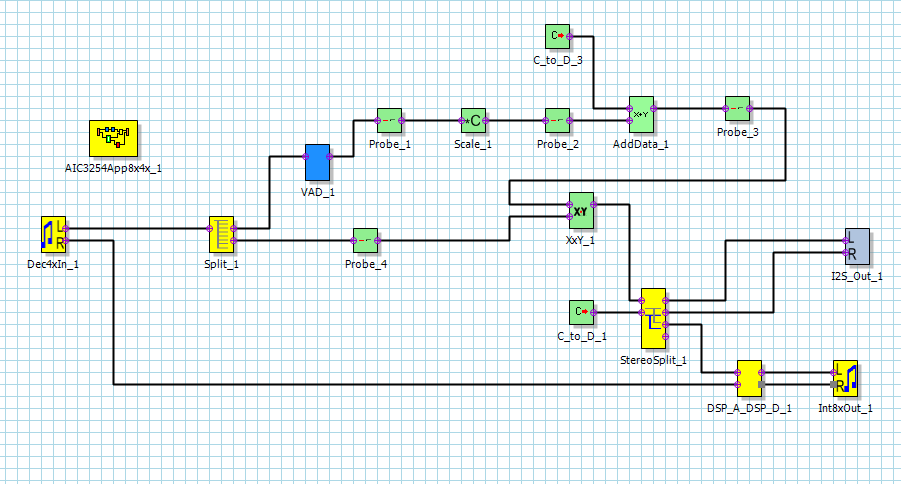