Our customer's playing with DAC8742HEVM.

They try to simulate a modulation on the modem output. But there is no signal on the output line of IC DAC8742 (signal MODOUT, the testpoint on EVM for oscilloscope probe is TP13).

They use  TI GIU for this EVM. The modulation simulation they manage by pushing “Generate Write” button (see the photo).

What do they do wrong? Why is there no modulation? 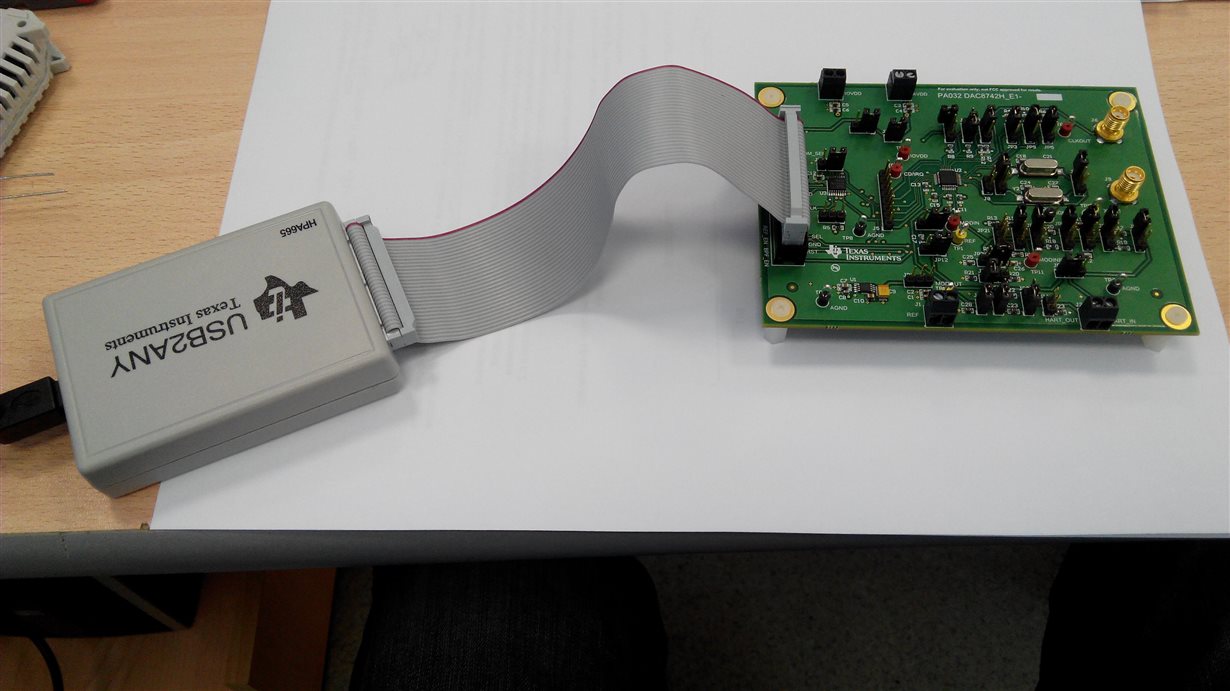 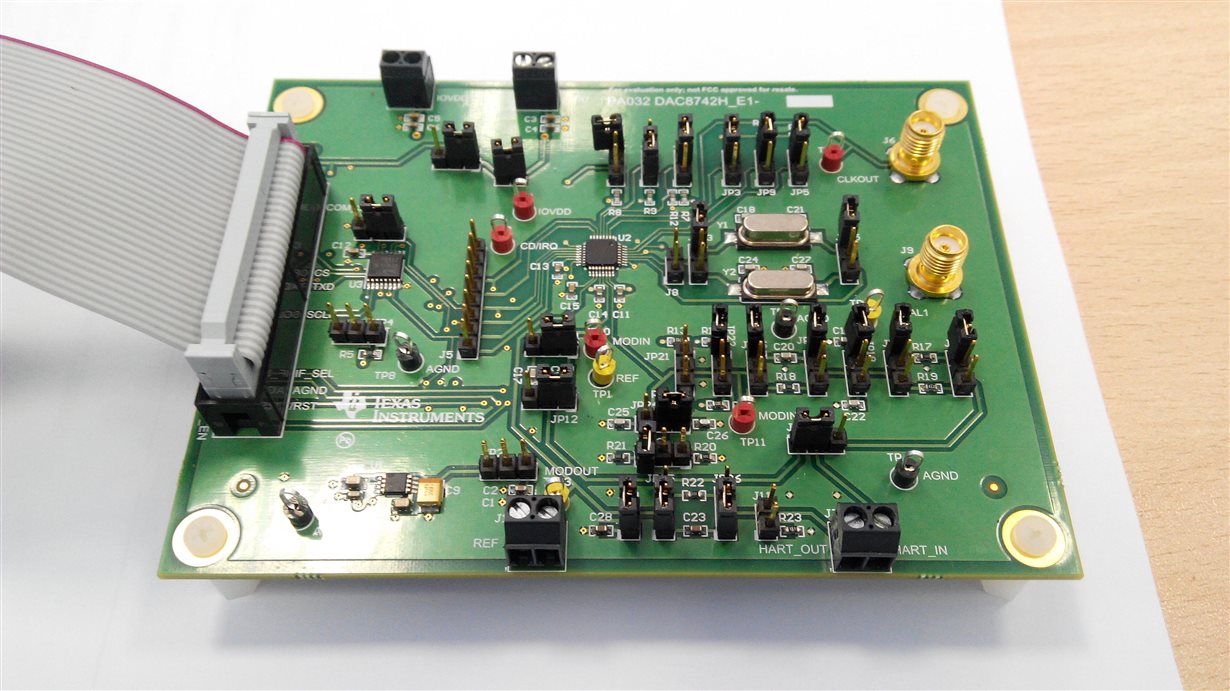 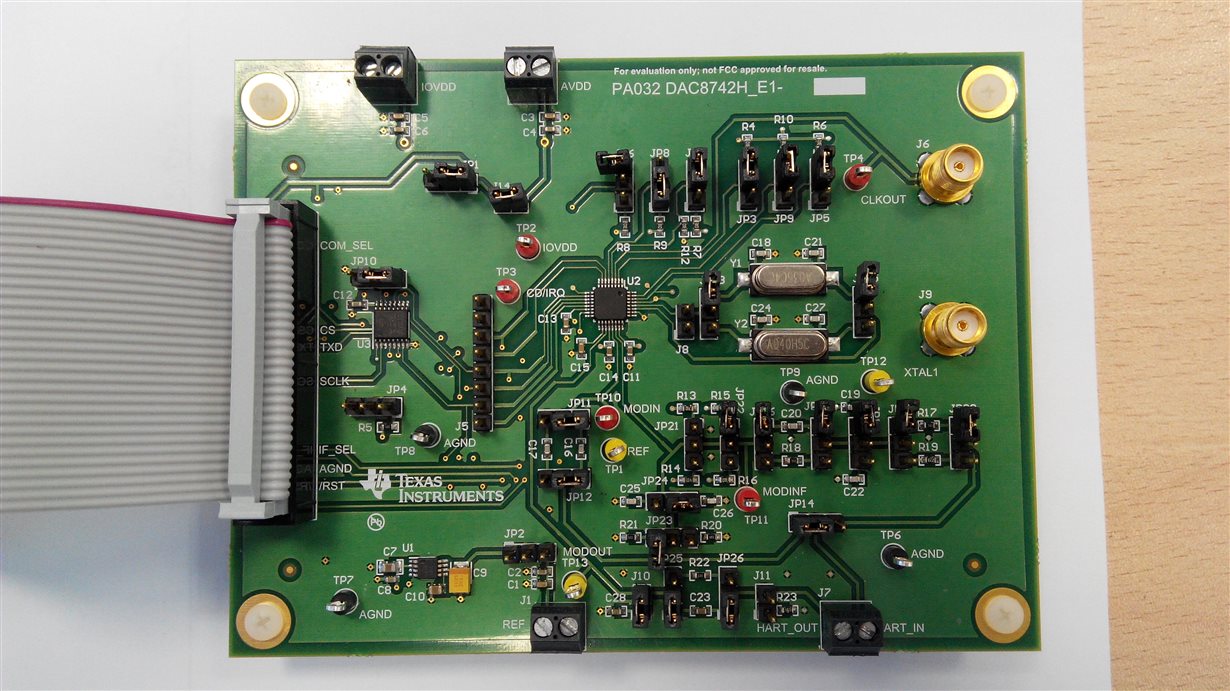 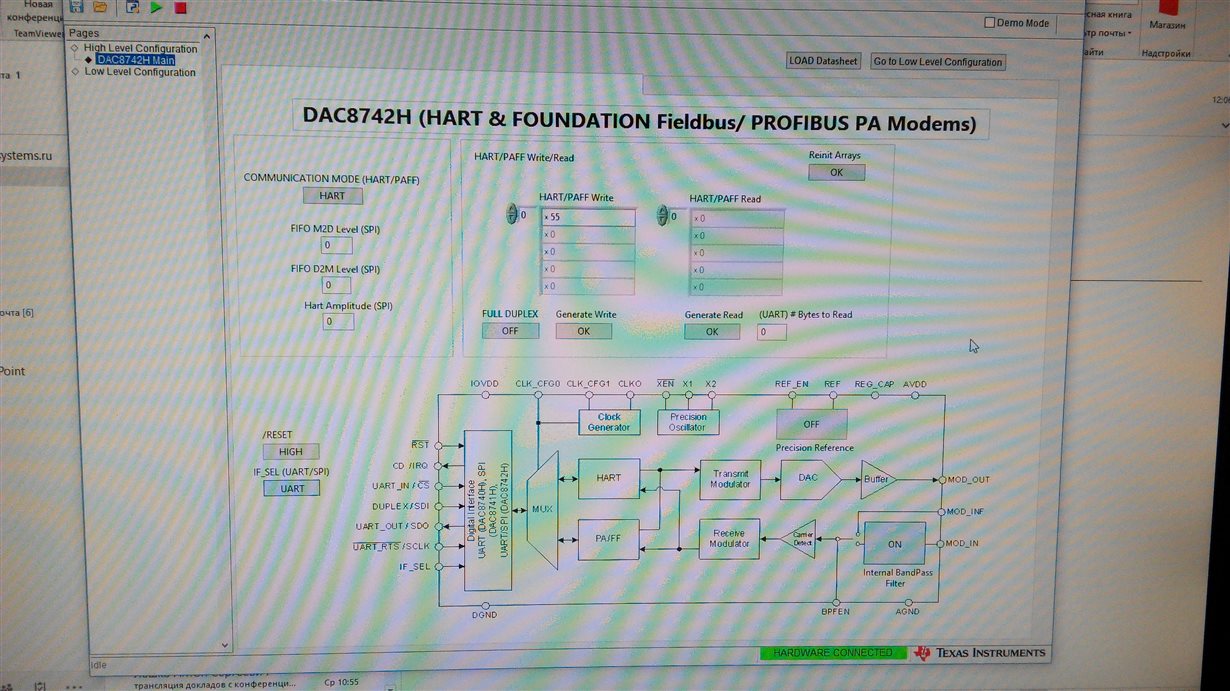