I'm designing an RS485 system using two THVD1450,  capacitance of the capacitor pump is designed according to the datasheet, 0.33uF at 5V. Waveforms at V+ and V- pins are pretty smooth, but ripple at output pins, A and B, is large. What's the reason for this? Can I decrease the ripple by appling bigger capacitor value for the pump? Thanks! 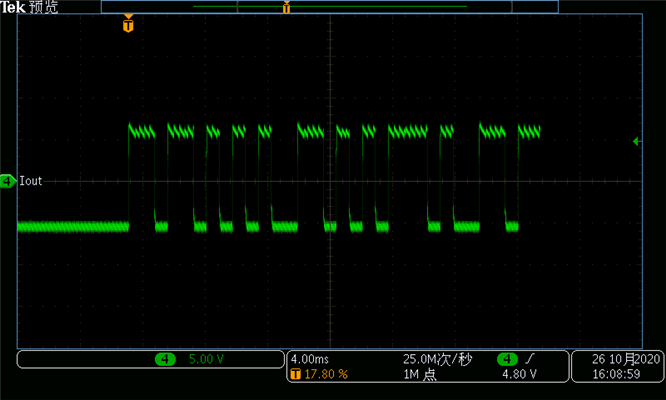