I've been using the Webench Power Designer working on this sch 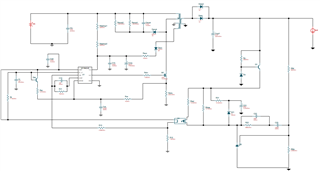 ematic, which is using a UC1842J to convert a nominal 12 volt input to a 50 volt output. It is isolated, and part of that isolation involves an optoisolator labled O1. I'd like to replace this with specifically the ISO7220MDR if possible due to an independent report on its radiation tolerance (which is part of the overall design spec of my project). My background is absolutely NOT in power electronics, so I'm coming at this a little disadvantaged. It appears to me that in this circuit, the opto is actually caring more about current than it is about voltage, and I'm not sure how to configure the ISO7220 for that purpose, or if it even can be. My initial guess would be to swap the output annode of the opto for the output vcc, and the output cathode of the opto for the output signal. The high side though has me completely lost.

To try and clarify the above, basically what I'm asking is can I use the ISO7220M in place of the optocoupler in the linked schematic at all, if so how, and if not is there a different radhard (ish) component I could use instead?